[dropcap]F[/dropcap]rom time to time, I have those moments where I can’t believe what I’m doing, all down to blogging on this old space. I recently got an invite delivered to my house from MasterCard, inviting me along to tour behind the scenes at the Southbank Centre finishing off with a dinner inside A Room for London, the famous boat perched on top of the Queen Elizabeth Hall.

It felt like a serendipitous moment- whilst sitting in the talks from the Web We Want Festival, there was a perfect view of the Room for London boat and I remember thinking how cool it would be to have a peep inside. Amazing doesn’t begin to summarise how I felt about it. 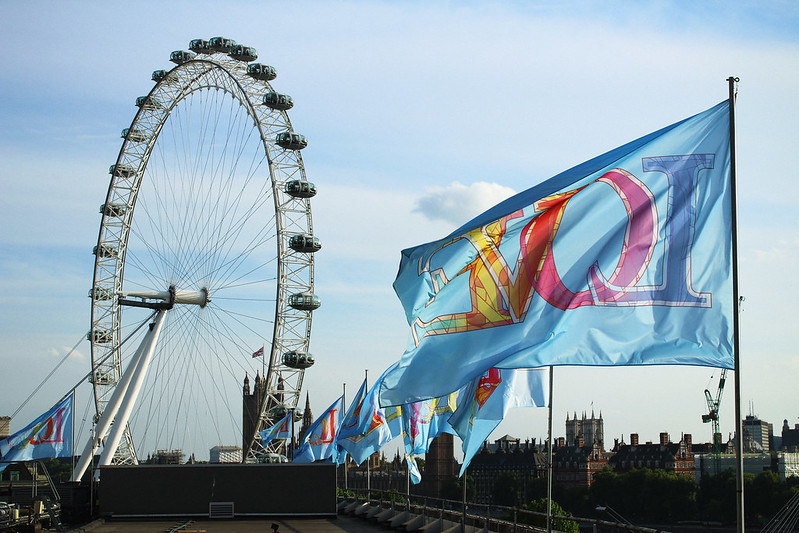 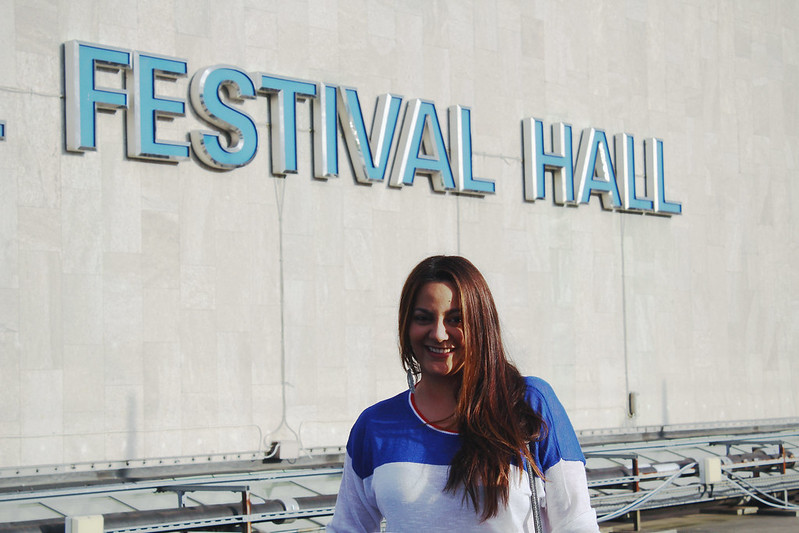 After a welcome drink at the Member’s Bar inside the Royal Festival Hall, we met Kate, who was to guide us behind the scenes at the Southbank Centre, through areas that are usually closed off to the public. Our first stop was the roof top, for an unbeatable view along the river!

It was very surreal standing beneath the Royal Festival Hall sign- the very sign you can spot for miles- looking out along the river and the landmarks of London- from the London Eye to Big Ben and the Houses of Parliament.

From the roof top, we also got up close to the Love Flags by Mark Titchner, who was nominated for the Turner Prize. The letters on the flag are rainbow hued to represent the peace and pride movements, and even though I couldn’t see it, the love knot too. 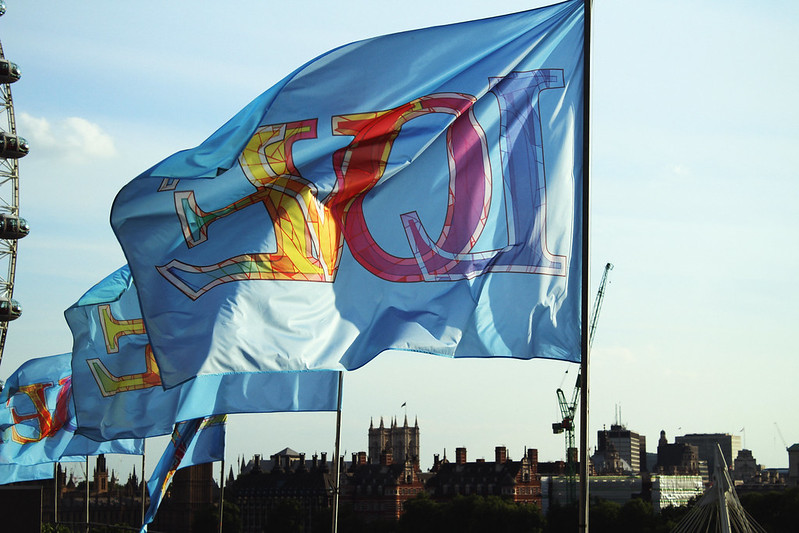 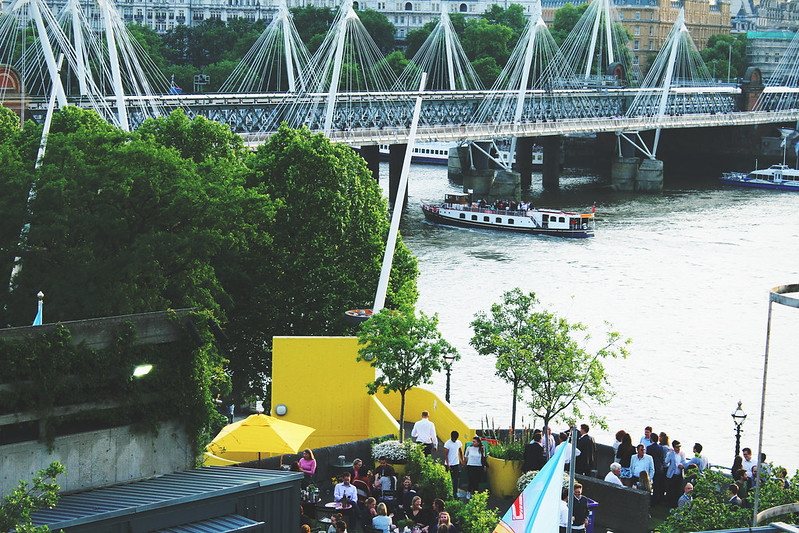 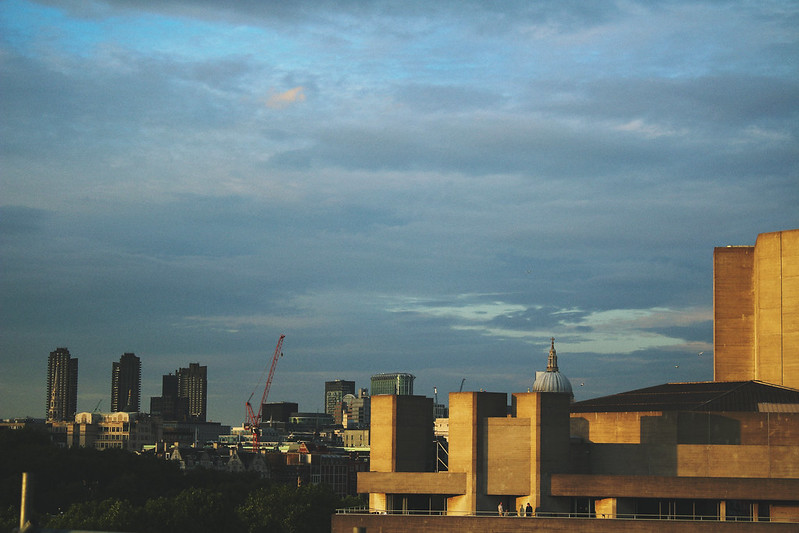 Kate was a fountain of knowledge about the Southbank. Apparently this side of the river was undesirable back in the Victorian times- it was too wet to build anything on for one thing. Even in the present day, all the buildings along here have special pumps that continuously pump out the excess water. I had Penny Dreadful style images popping up in my head as she spoke about what the area would have been like- dark and foggy riddled with dodginess!

She pointed out Waterloo Bridge and that it used to be nicknamed Ladies Bridge, built by women during World War 2, as most of the men were off fighting in the war.

Once back inside, our tour continued into the Royal Box inside the Festival Hall auditorium. The only way to get seats inside this particular box is to be invited by the Royal Family or as a guest of the orchestra Conductor. As we sat in the very seat that Her Majesty’s seat may have sat on, we learnt that the Hall was refurbed in 2007- every panel and detail ensuring that the amazing sound quality carries throughout the auditorium.

My favourite fact that I learnt, as a big Frank Sinatra fan, was the time he performed inside this very auditorium. When his show was finished, and he had sped away across the river back to The Savoy Hotel, apparently the audience were still clapping for him…probably as he was ordering a night cap at the hotel bar. 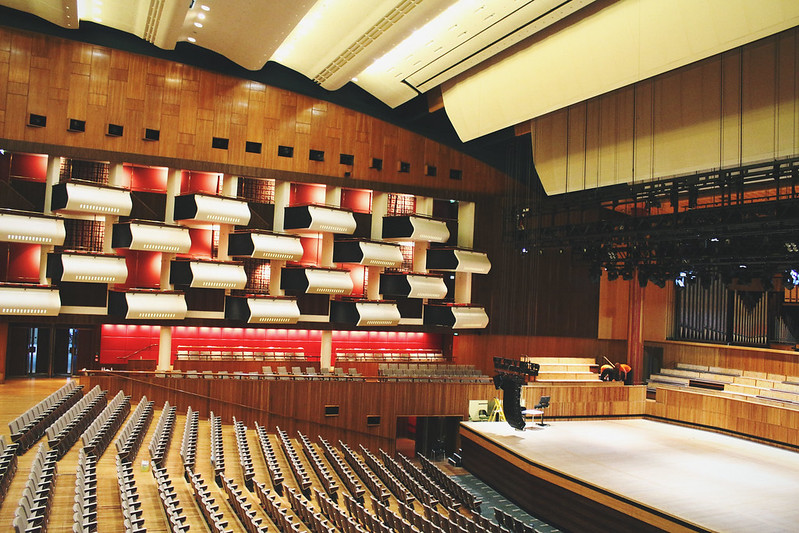 Our tour continued to the next exciting bit.

We were led outside… 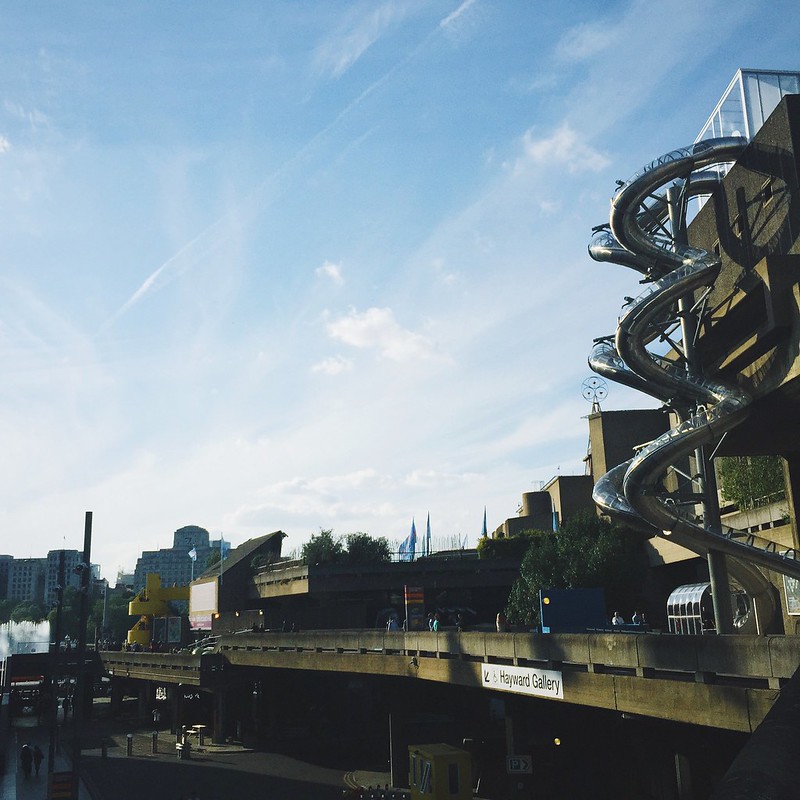 The famous slides from the Carsten Höller exhibition that opened earlier this month. 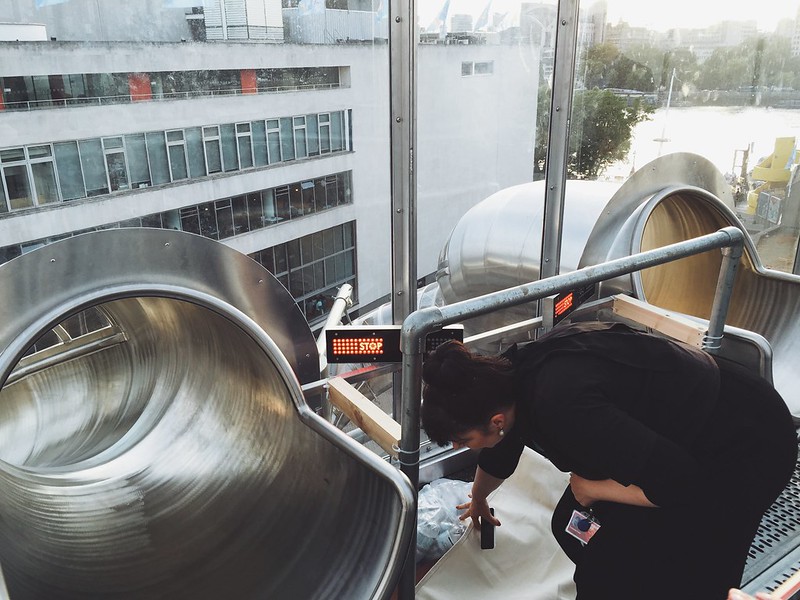 We put our things into lockers, walked up those steps, grabbed a sack, and just like a water slide, lay flat and whizzed through the slide’s tunnels at what felt like 100mph, screaming all the way down. It was brilliant! I’ve got tickets to go to the full exhibit next month, and I can’t wait to see what the rest of the exhibition will be like.

Appetites well and truly earned, we took a lift up to our dinner destination- onto another roof top and inside A Room for London… 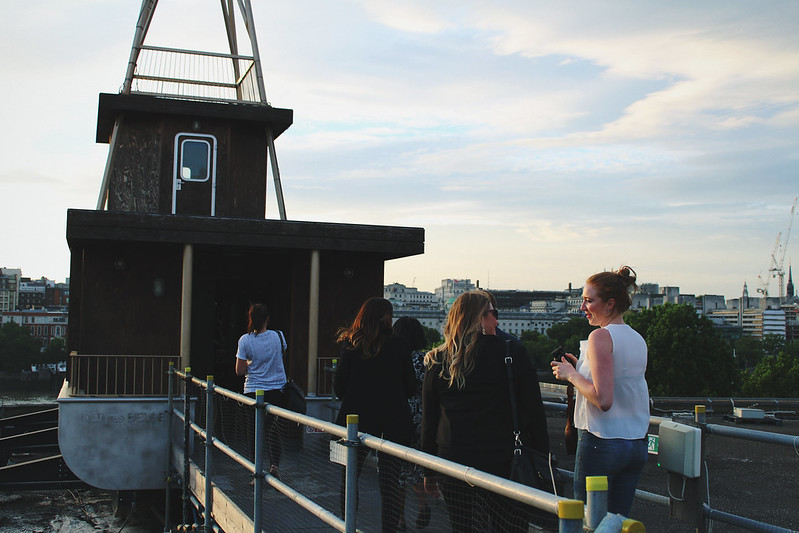 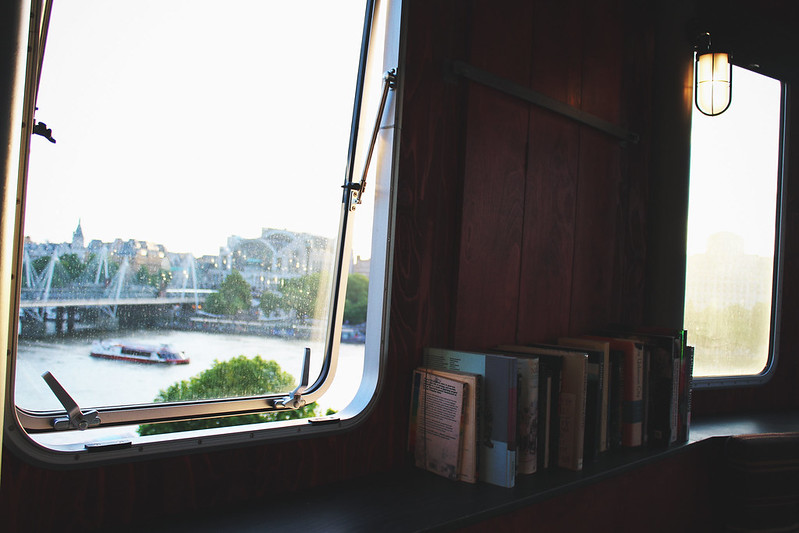 The ‘boat’ -called the Roi des Belges after the same boat that Joseph Conrad sailed through the Congo river in 1890, inspiring the Heart of Darkness– perches on the roof of the Queen Elizabeth Hall and is a collaboration between artist Fiona Banner and the architect David Kohn. . The panoramic views from the windows, coupled with the cosiness of the interior- books line beneath the windows and the beds look out onto the bridges below- are priceless.

As we all sat down to dinner, we had unobstructed views all the way round… 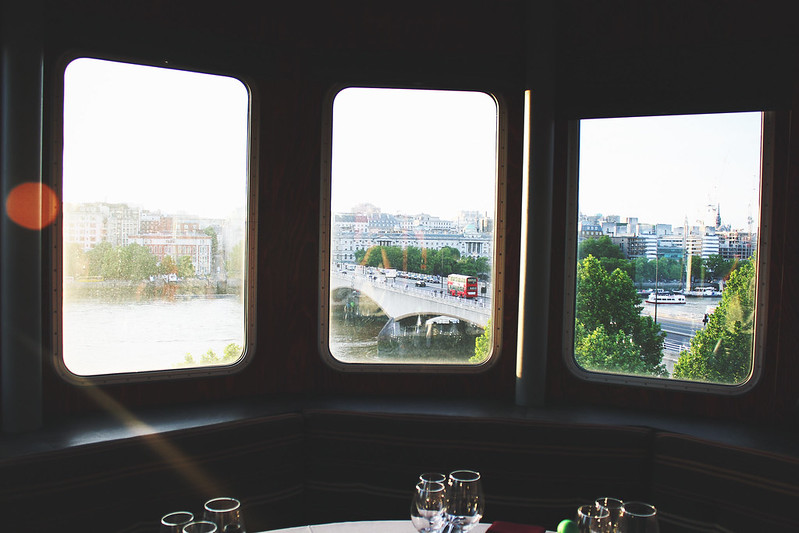 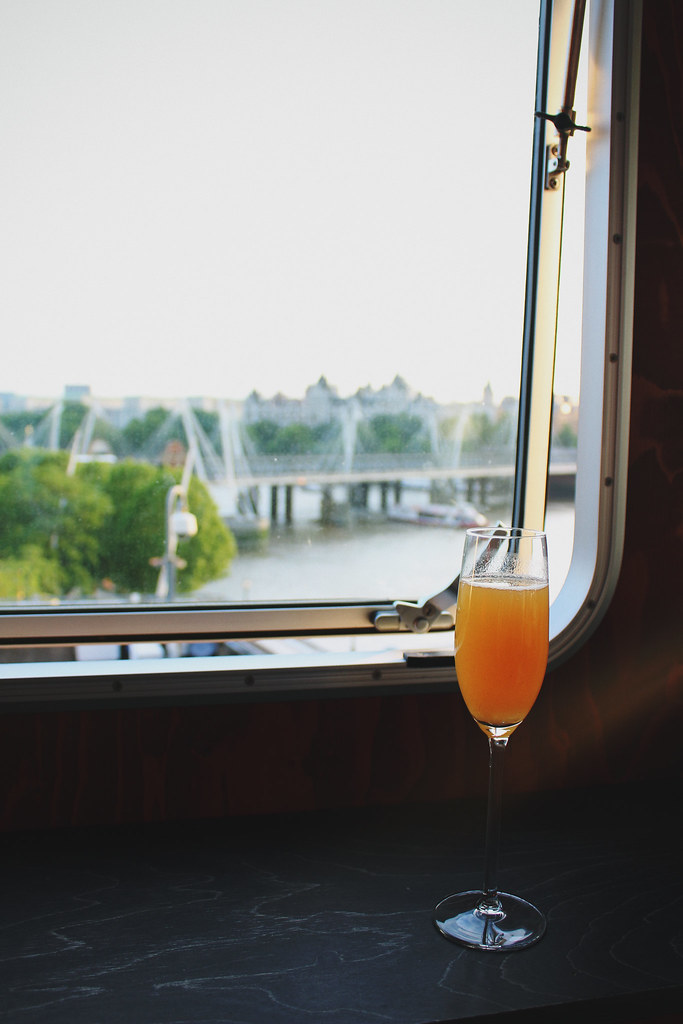 As we chatted over drinks, I couldn’t wait to get stuck into our food, which was being prepared on site by the chef… 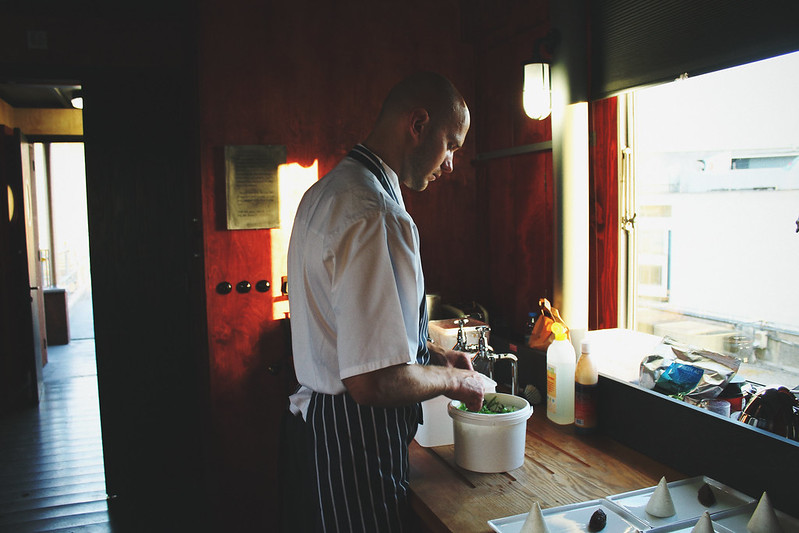 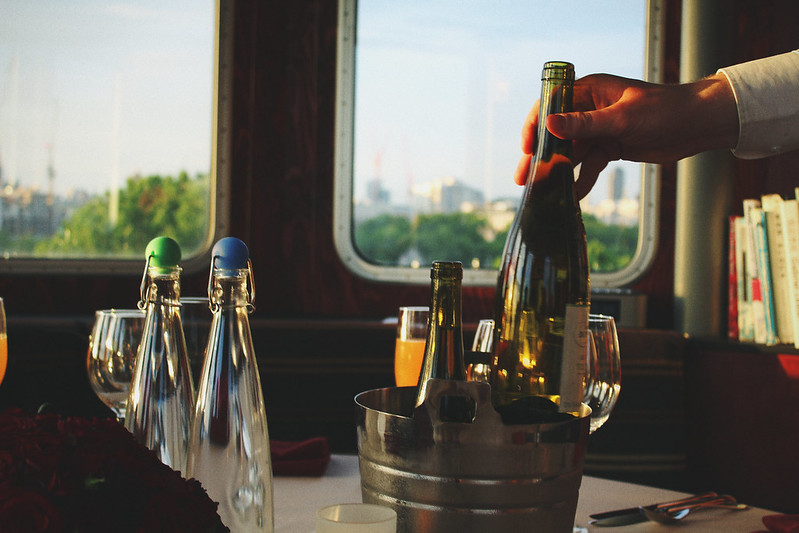 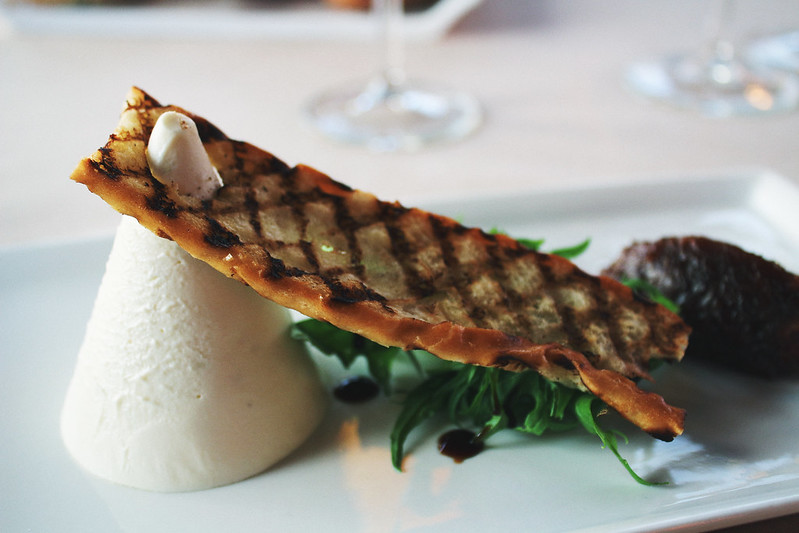 Our first course was whipped goat’s cheese with a slice of toast and onion chutney. The goat’s cheese was like mousse – it was so soft and silky and together with the tang of the chutney, it was out of this world good. 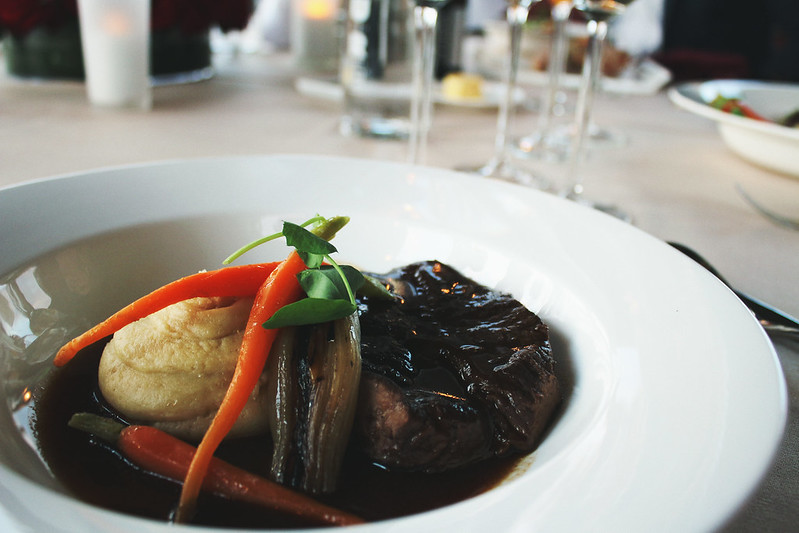 Our mains was braised beef with mashed potato in a red wine jus- afterwards the chef told us he had cooked it in a water bath for 24 hours. It was so tender, it just melted on my fork. 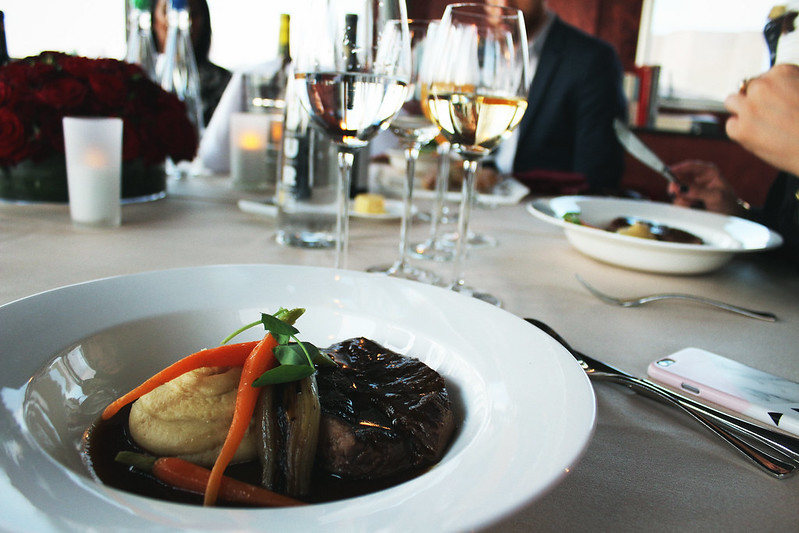 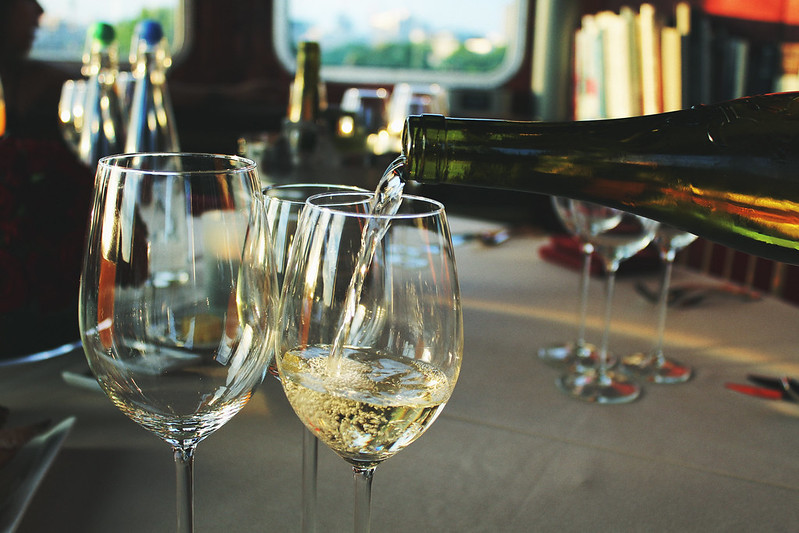 More wine flowed and poured and the sky started to glow orange, but we managed to squeeze in dessert just beforehand… 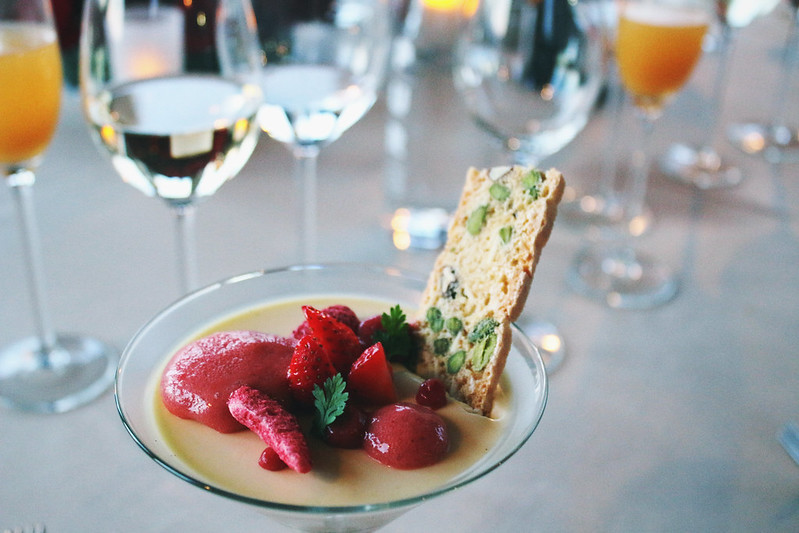 Creamy panna cotta with pistachio biscotti and berries. It was so thick and creamy, I told myself I couldn’t finish it…and then proceeded to scrape up every bit of the dish.

Just when I thought that nothing else could possible have topped the day, we were then led up a step ladder onto the top deck of the boat and were serenaded by this gentleman… 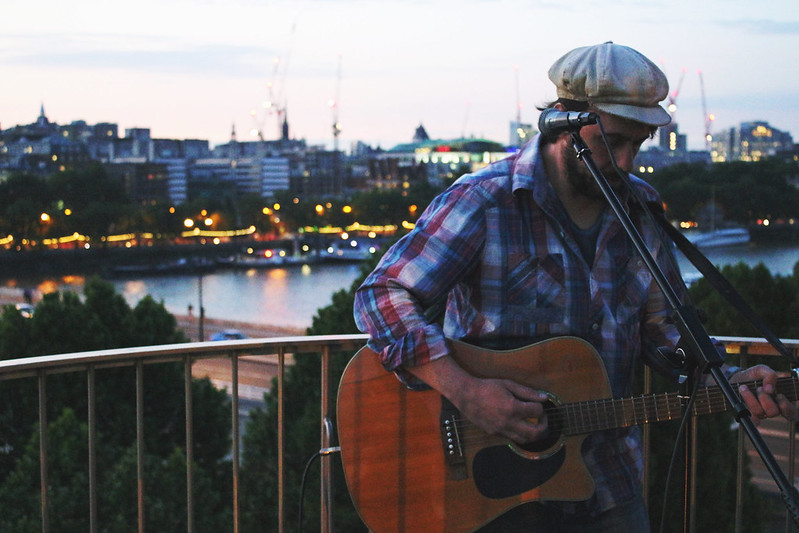 He sang three songs for us as the sky turned pink and purple and London’s lights lit up along the river. 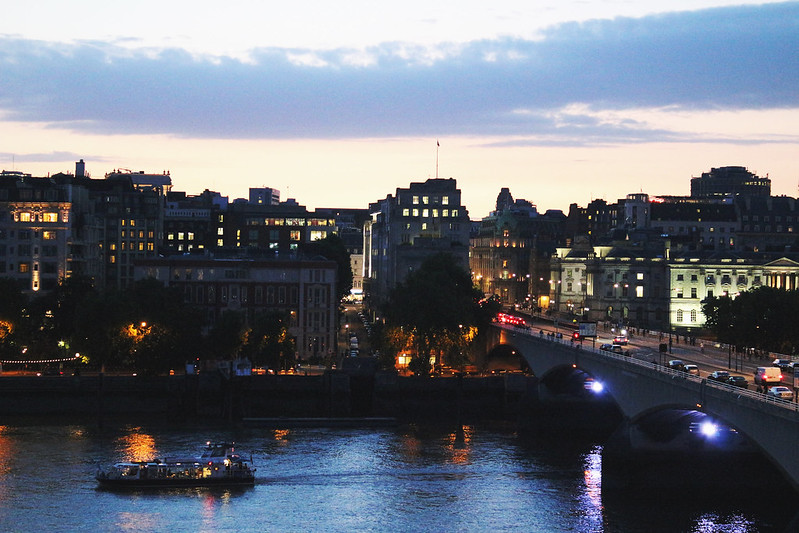 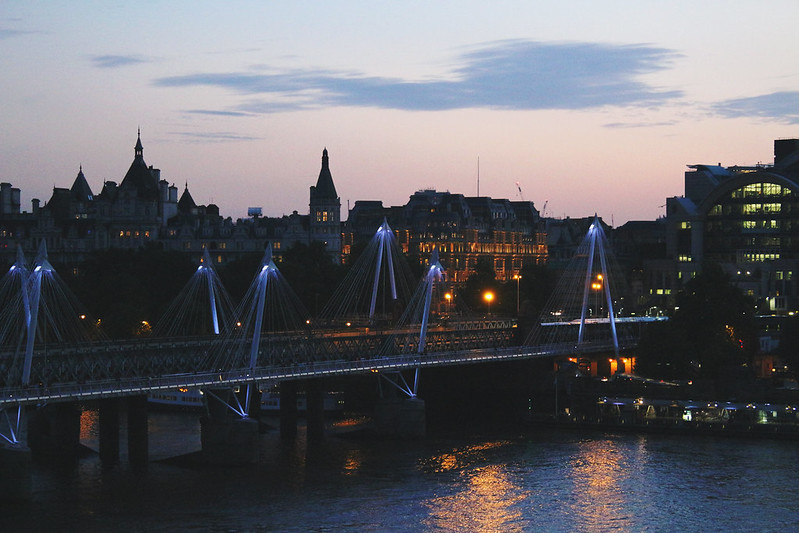 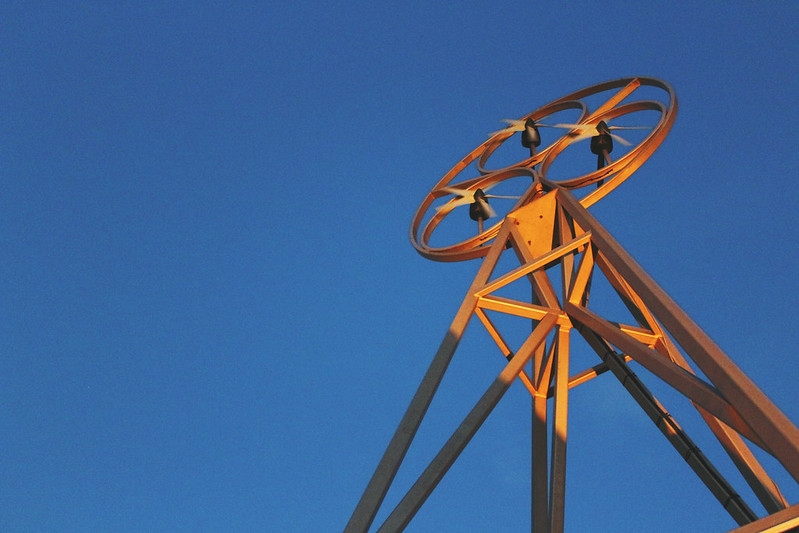 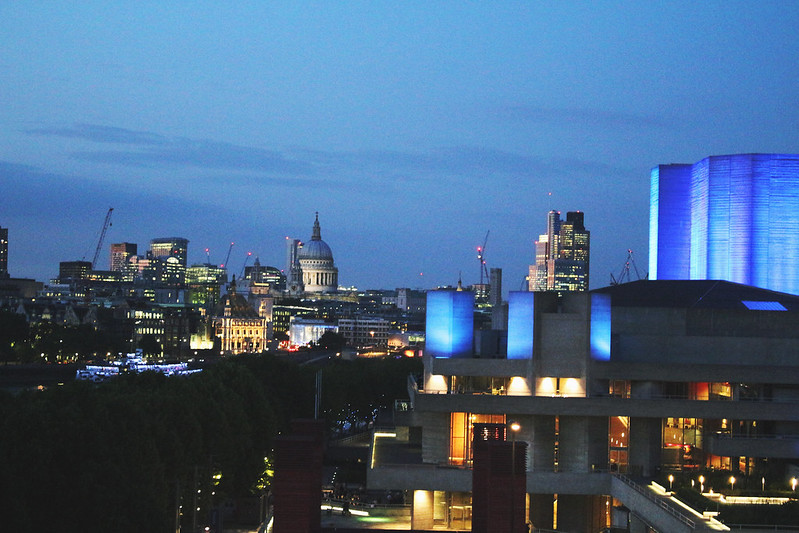 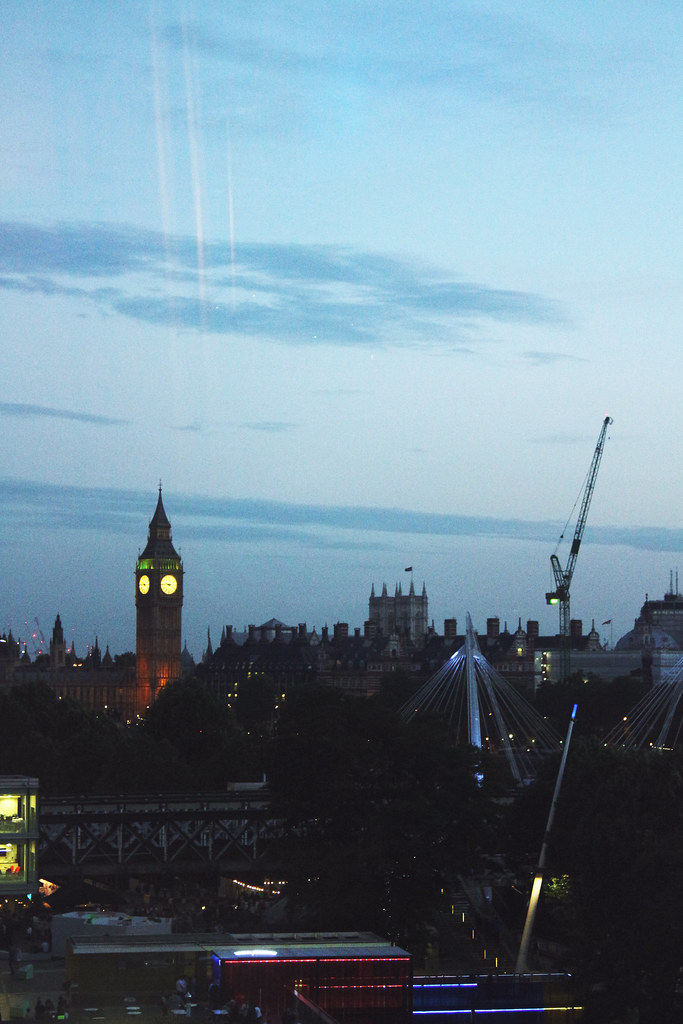 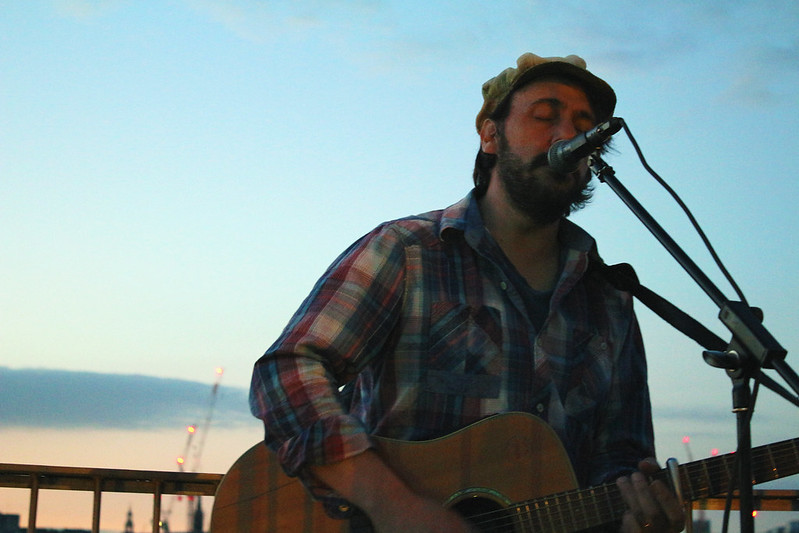 It was truly, truly, truly such a fabulous day and the evening was very magical. I felt so lucky to have experienced everything- from the tour, to the slides to the amazing meal I had shared with even lovelier people! It was a completely awesome experience from start to finish.

Now. The fun part. If you’re a MasterCard cardholder, you could be in a with a chance of experiencing a stay overnight as well as having dinner with four friends inside this unique vessel, just like we experienced (it beats any restaurant I’ve ever been to!) just head to the Priceless website and enter before the 8th of July. I am, because I want to do it all over again!

Extra perks of having a MasterCard include 2 for 1 tickets on the first Friday every month at the Hayward Gallery, and behind the scene tours like the one we were treated to. It’s quirky experiences like this that make me appreciate what London has to offer and how grateful I am to live here!

17 thoughts on “Priceless | A rooftop dinner on the Southbank Centre”