[dropcap]I[/dropcap]t’s been a whole year since the start of the Soho Create festival that I covered last year, and I’m returning this year for another week of inspirational talks and workshops in the UK’s most creative hub- Soho. Chances are, all your favourite British film or television programmes were brainstormed and edited in this creative square mile. And that’s just the on screen stuff, don’t even get me started on the theatres, restaurants, clubs and drinking holes that make up the character of this village within the city.

I collected my media pass and kicked off Wednesday’s itinerary with a session called “How Did I Get Here” with actor Stephen Mangan and the Director of Sky Arts, Philip Edgar Jones. 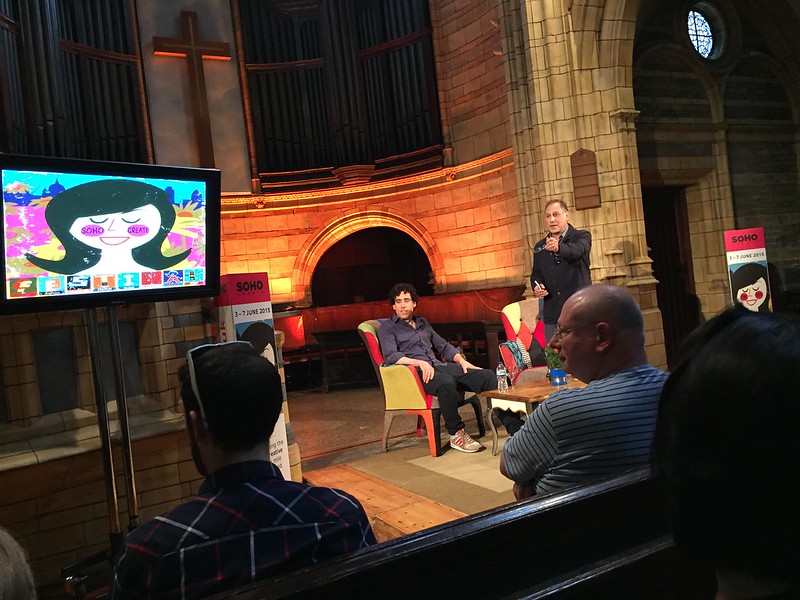 The hour went by very quickly and I absolutely loved hearing from Phil Edgar-Jones and his story as it was so similiar to my own. He said he floated through school quietly, did a Mickey Mouse degree, and just knew he wanted to work in ‘media’ in some way. He was a runner on the 90’s TV classic, The Word and The Big Breakfast. He was just a funny guy and said everybody is just making it up as they go along. And also, ‘be nice, work hard and don’t be a dick‘ which is pretty common sense really. I nodded throughout the session mentally high fiving him. 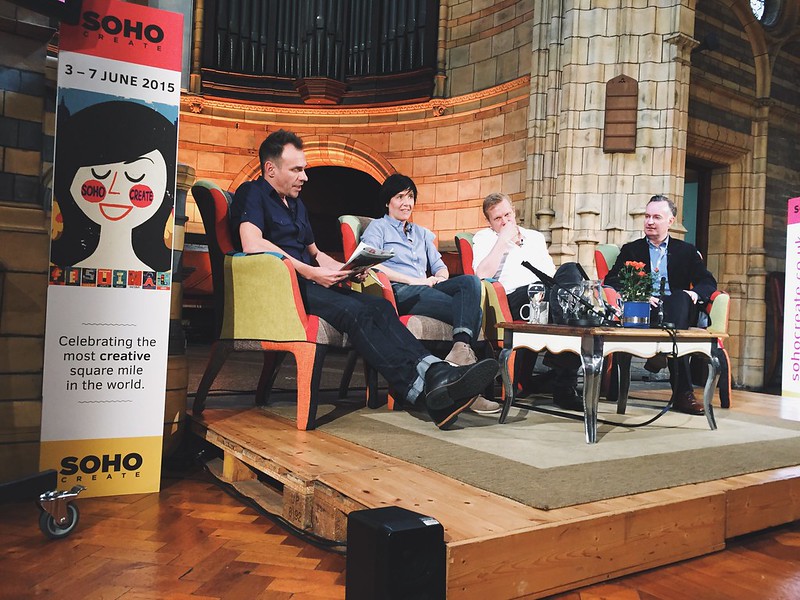 With such a strong start to the festival, Thursday’s highlight was “Storytelling” with Sharleen Spiteri of Texas (the band, not the US state obvs) the novelist Andrew O’Hagan and the Director of Opera at the Royal Opera House, Kasper Holten. I loved hearing about everyone’s stories of story telling- from Sharleen’s tale about listening to her nephew play the guitar and schooling him on how to build up a crescendo to Andrew’s anecdote about sitting on the stairs as a child watching his mother’s tupperware parties and writing sentences about his observations, like “blue slippers”- Andrew, by the way, was the ghost writer for Julian Assange in 2011 before the deal famously fell through. 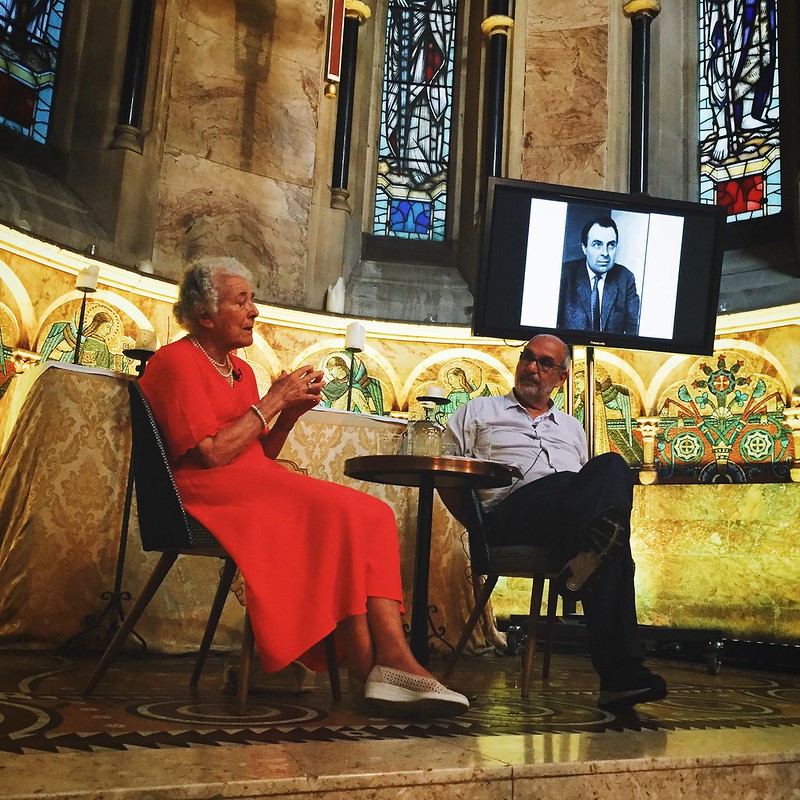 All week I had been looking forward to the session with Judith Kerr, the children’s author, writer and illustrator, who wrote The Tiger Who Came For Tea, one of my childhood staples! I remember it being read to me in the library when I was little and reading it at home too. Do you remember being a little kid and carrying your favourite things around with you? This book was one of mine.

Alongside Judith was Alan Yentob, who filmed a documentary with her a couple of years ago and it was clear they had a warm and respectful relationship, as at the end amidst the loudest clapping from the audience, she clutched at his hand and my heart burst into a million pieces.

At 92, she has had the most amazing life- fleeing Germany as a child when Hitler came to power, eventually settling in England. Her father was one of Germany’s most well known theatre critics and intellectuals (the Nazis burned his books) and pals with Albert Einstein. As you do. She went on to study art, became a scriptwriter for the BBC, and was given an OBE in 2012 for her work in children’s literature as well as education on the Holocaust.

It was fascinating listening to Judith describe how the tale of the Tiger came to be, from her kitchen in Barnes, for her 2 year old daughter. I could have listened for another hour. The documentary is on Youtube if you want to learn more about Judith Kerr and how all those wonderful books and stories came about- it’s so interesting.

She mentioned going to the library to do research for her illustrations and someone in the audience asked her a question about using Google now, to which she replied “Totally” which had everyone in stitches. I found her to be sassy, wise and I loved that she said she tries to find the wonder in everyday things.

I’m not sure how next year’s Soho Create could top this session! The festival continues over the weekend and you can buy a ticket to any sessions that take your fancy, for £10. I really recommend going, every panel I’ve been to has been so insightful and inspirational.

Today’s schedule includes the making of Shaun the Sheep and a session including Jessica Hynes from Spaced!