[dropcap]M[/dropcap]y best burger pals, Shake Shack, have a new Shack opening up today in Westfield Stratford! I have had a long love affair with those Shack Burgers- from that first bite in New York, to opening day at Covent Garden to sampling a new menu item– here I was again, like a rabid burger fan girl, at the launch party for the new store opening yesterday. What can I say? Maybe it’s something in the sauce. Maybe they sprinkle the same mojo into the food that keeps me A-Ha Shaking to Kings of Leon to this very day. 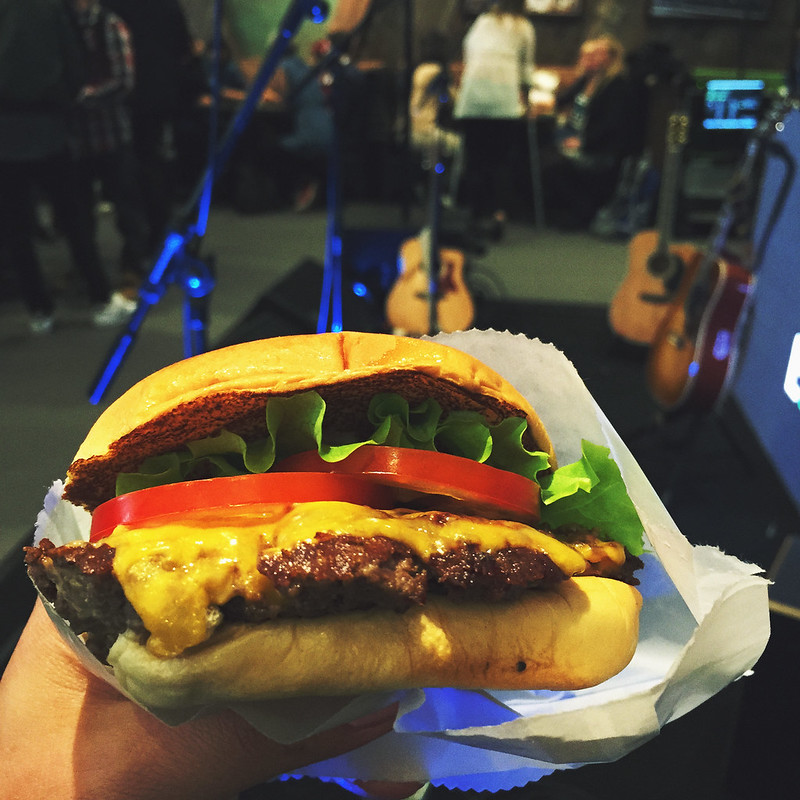 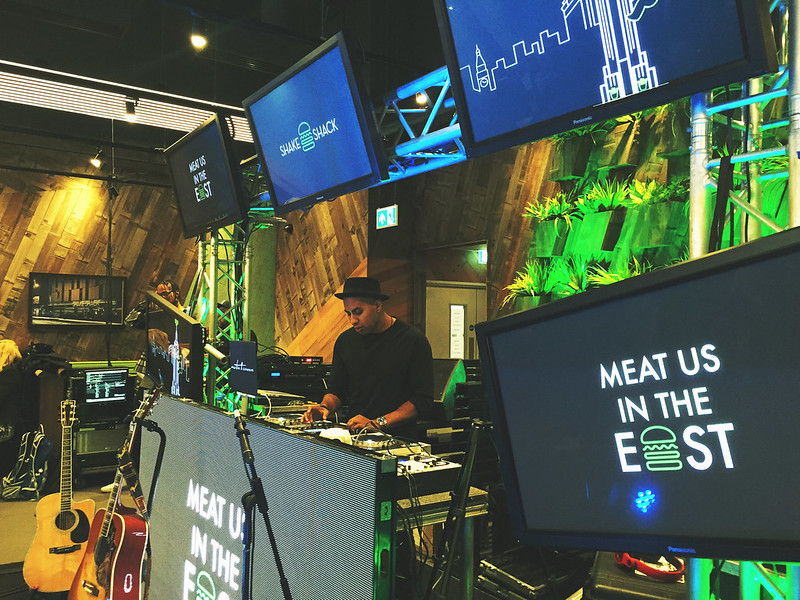 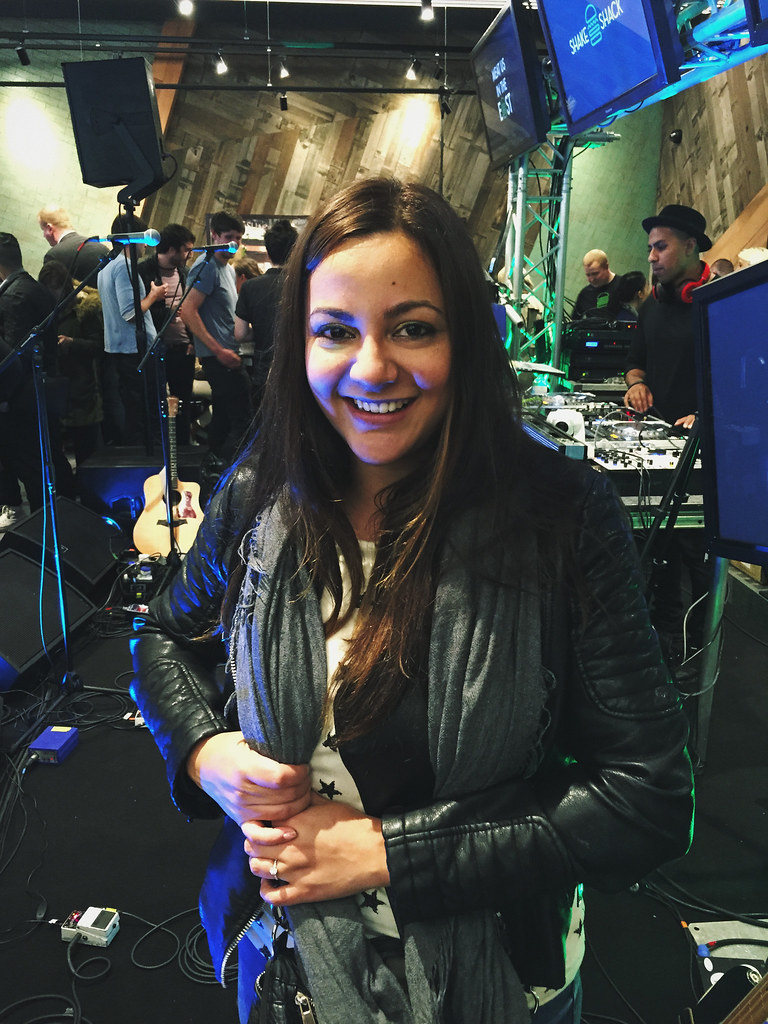 It was absolutely heaving with Press, PR’s and blogger types. Instead of canapes, trays of beautifully laid out Shack Burgers and Shack Dogs were being offered around. Little tubs of those signature crinkle cut fries and cheese sauce were handed out as yet even more trays of vanilla milkshakes, wine and beer were precariously carried over our heads and offered around. My friend Luan and I found an empty spot by the side of the stage and got a good view when The Coronas started playing. They did an awesome cover of College’s Real Hero (that song from Drive) 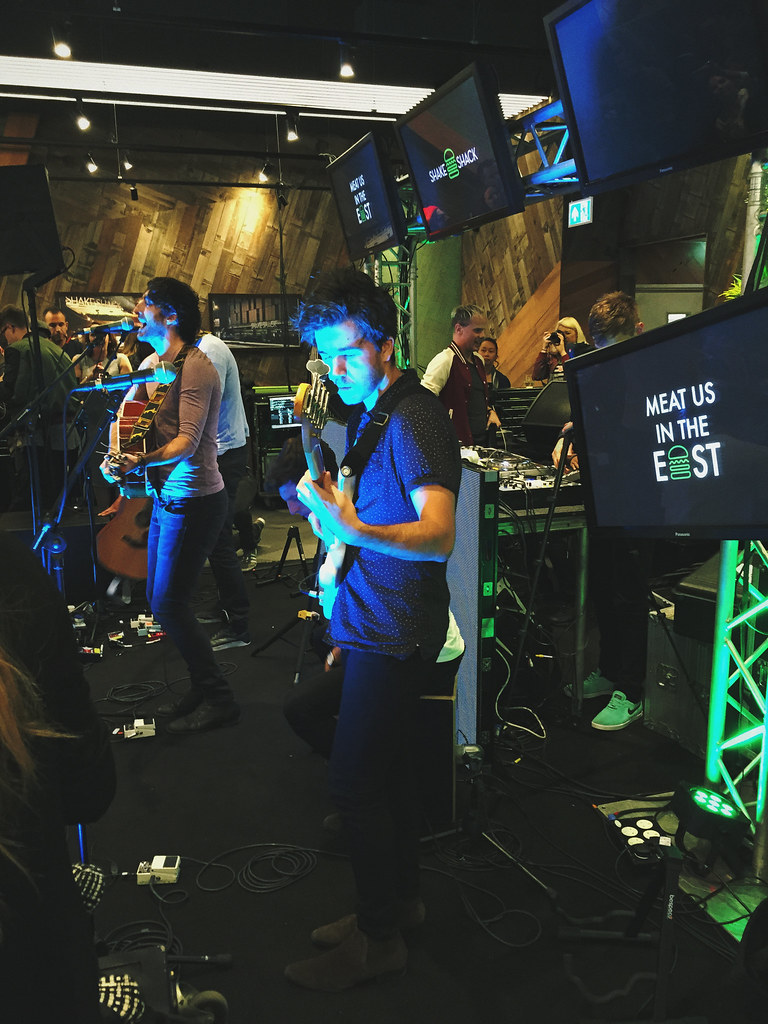 The kitchen churned out those lovely patties and soft buns in a shiny new kitchen. Unlike their flagship in Covent Garden, you can see into the kitchen from the dining tables and watch the action as your food is deftly prepped. 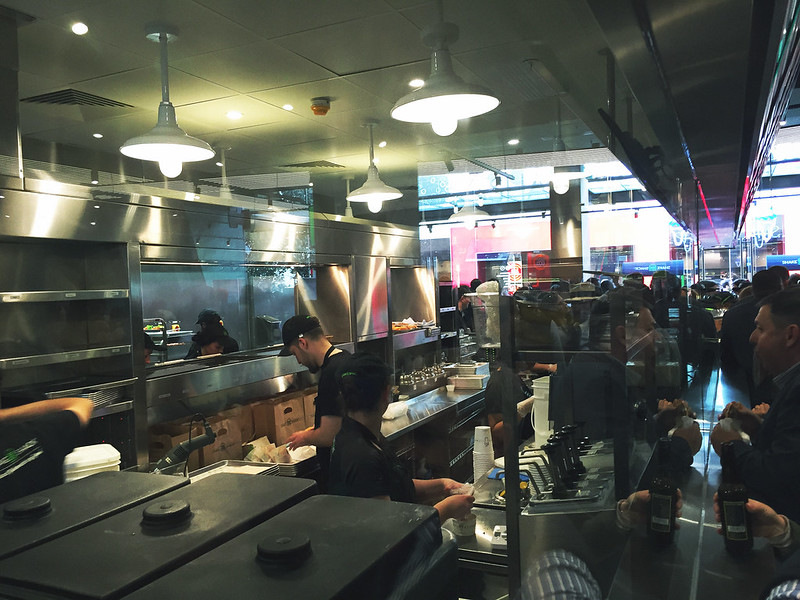 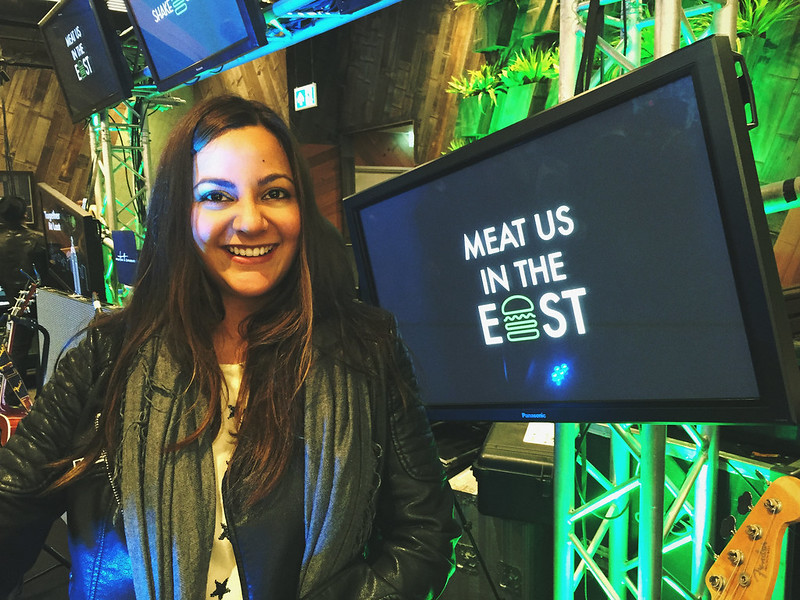 The new Shake Shack is on The Street at Westfield Stratford, just as you go up the escalators outside the tube exit between M&S and Forever 21.

It’ll be nice to have a juicy burger fix nearby! Meat is in the East indeed…

8 thoughts on “a new Shake Shack in Stratford”