[dropcap]T[/dropcap]he weekend in Copenhagen had flown by- our last few hours in the Danish capital were spent walking around the colourful port of Nyhavn in the sunshine, down by the waterfront, underneath the cherry blossoms in Amaliehaven and through the Winter Palace in Amalienborg before getting onto the Metro to the airport for our flight home to London. But first things first…we needed breakfast! We heard good things about The Union Kitchen, on Store Strandstræde street just off the waterfront of Nyhavn and it’s multicoloured buildings and boats.

Looks good no? We both ordered big cups of coffee and The Breakfast Plate. It promised lots of choice on one big platter, perfect for someone like me to eat tidbits from and not get food envy. It had *deepbreath* a soft boiled egg (perfect to dip my crusty bread into) hot smoked salmon, tomato jam with sausage and bacon (which went to Robin, double helpings lucky boy) avocado that was basically chunky, citrusy guacamole (SO good) and a small pot of yogurt with granola, pomegranate seeds and maple syrup. It was the King of breakfasts.

The Union Kitchen was actually opened by a Brit, Paul Muldowney, and apart from amazing breakfast platters, their speciality are meatballs. Even early birds like us just managed to squeeze into a table at breakfast, so I can imagine this place is busy all day, everyday.

Bellies full, we walked around the corner and onto Nyhavn. The candy coloured buildings are to Copenhagen what Big Ben is to London- the first thing you think of when you imagine that city. Well, to me anyway. 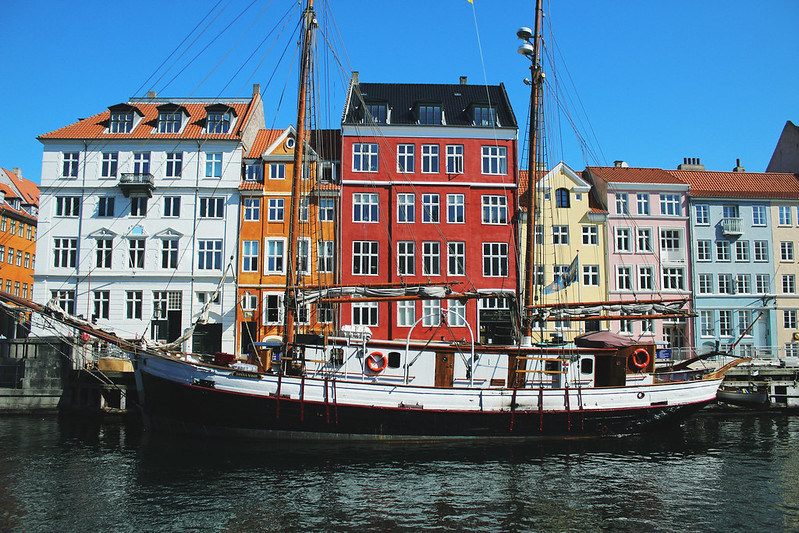 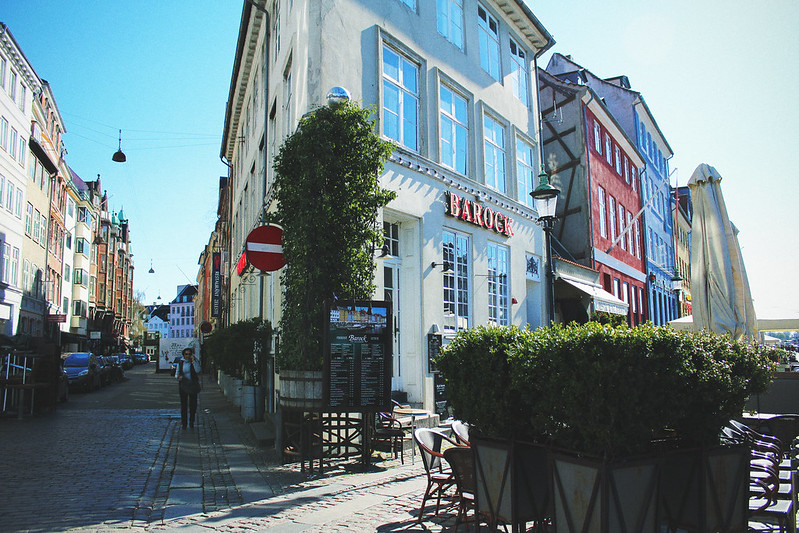 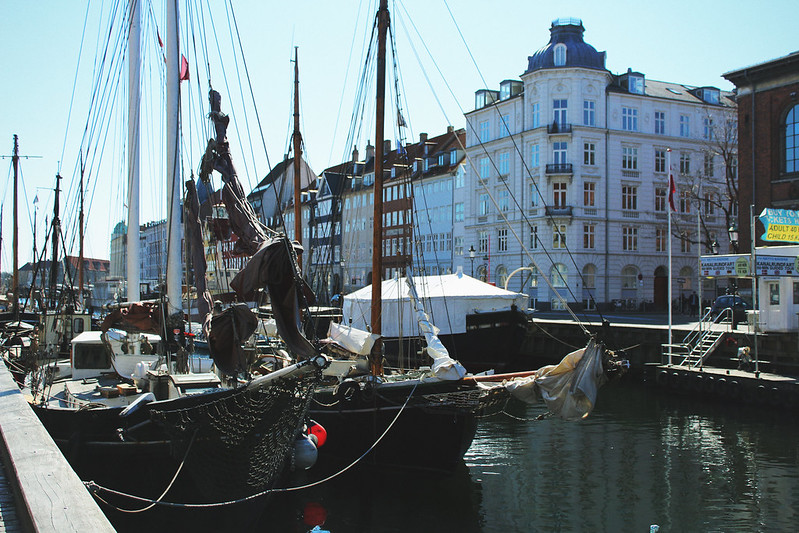 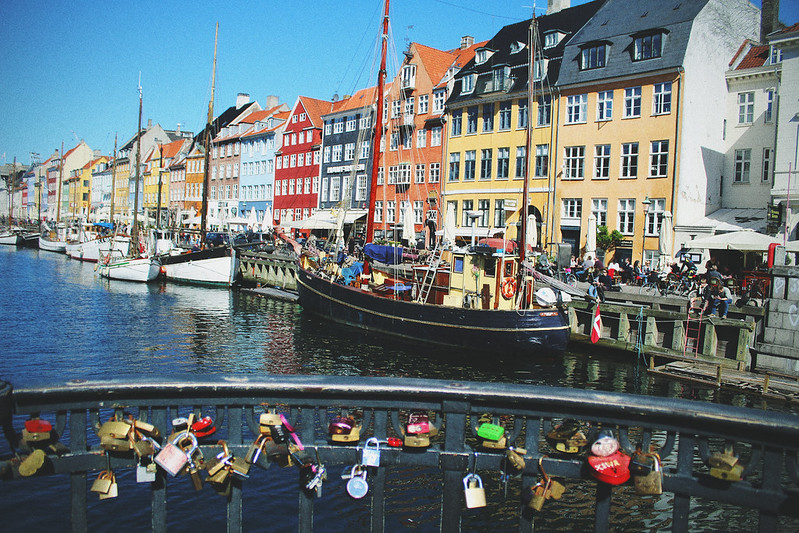 After we walked along the waterfront, we found ourselves in the Amalie Garden, which is sandwiched right by the river where the smell of hot dogs from street vendors waft through the air, and the Winter Palace where the Danish Royal family reside in…Winter. 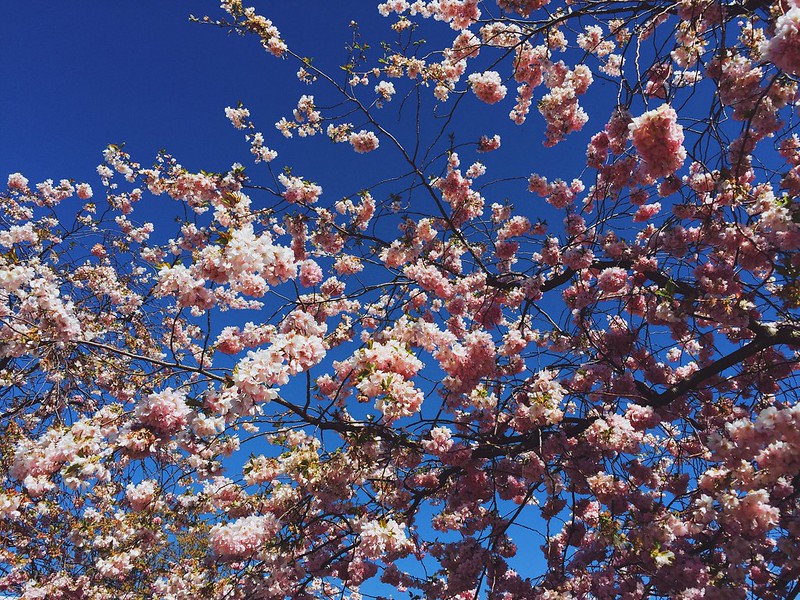 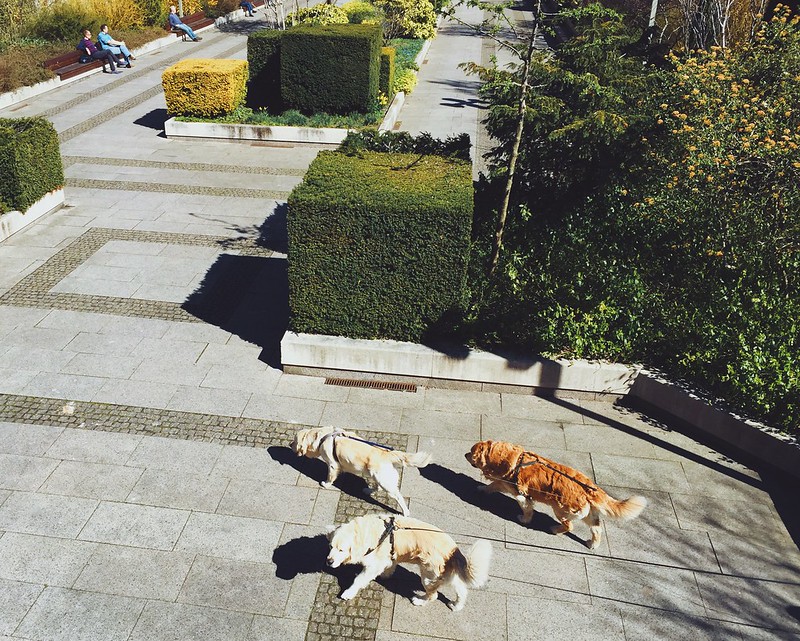 I had a good chuckle watching this pack of beautiful Golden Retrievers on their morning walk. I mean…can you imagine being at home with all that fluffy yellow lusciousness? You’d just never be sad, ever again! 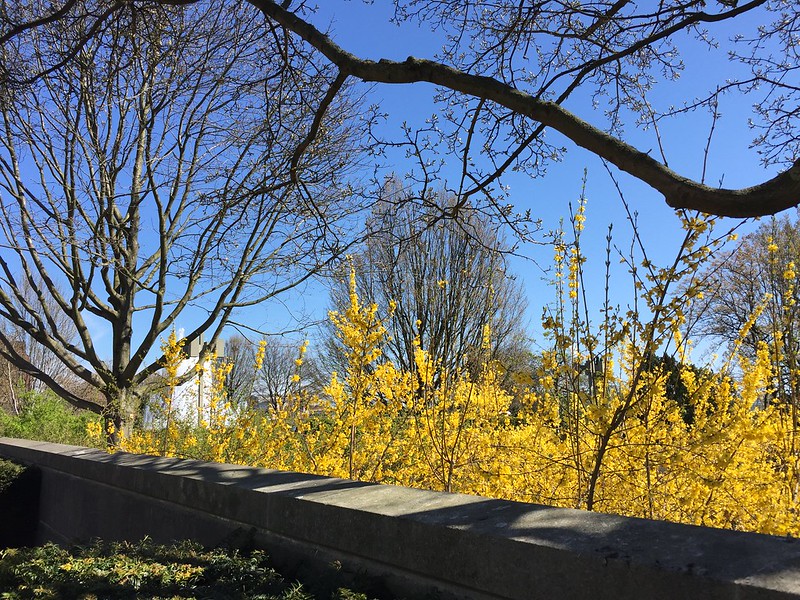 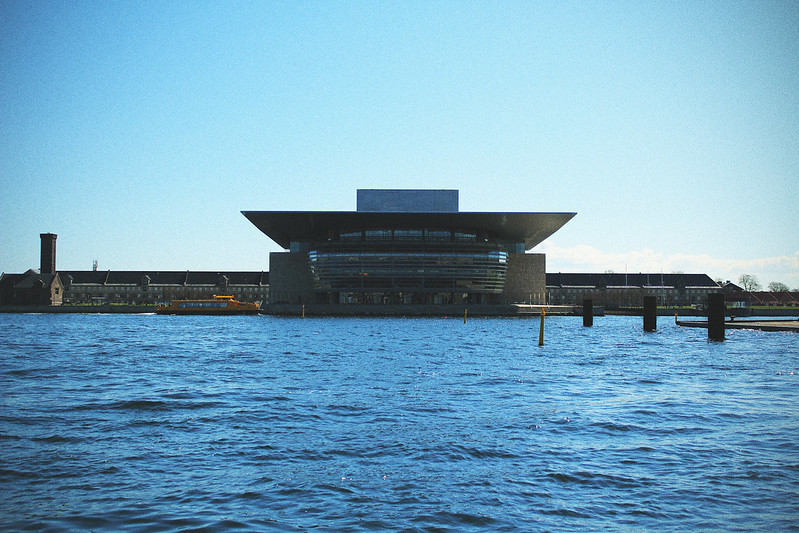 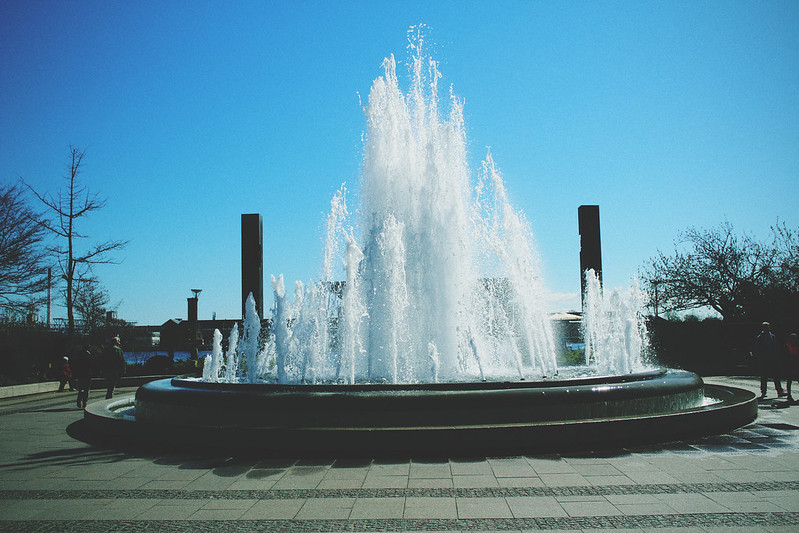 We sat and had a little rest on some steps by the water and watched a boat chug by, before setting off again, towards the palace.

As we approached the square, I realised the Royal Guards aren’t that different to the ones that stand outside Buckingham Palace. 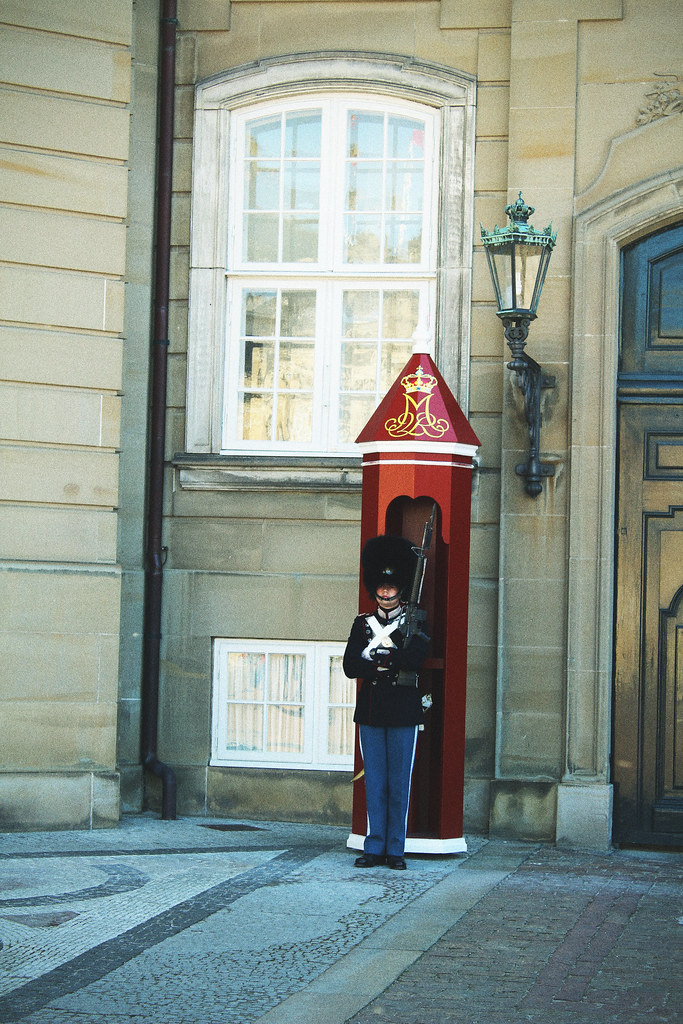 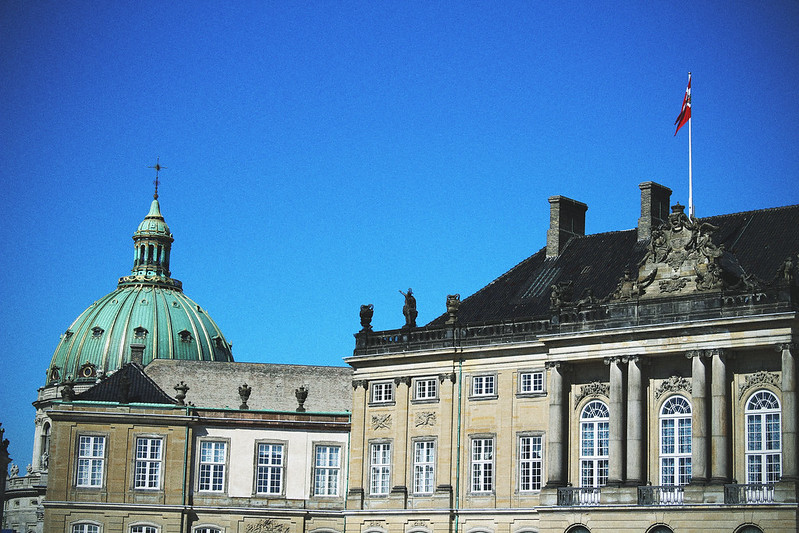 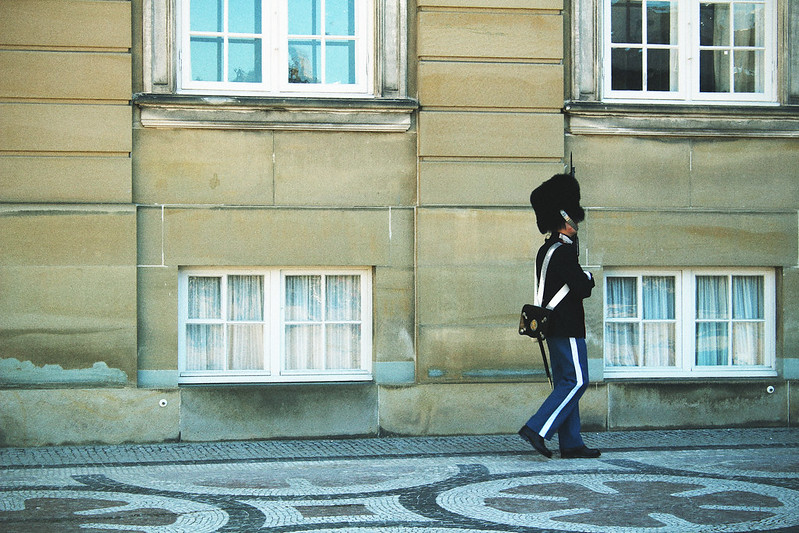 There was a bit of a commotion in the middle of the square and a long line of people crowding around something, so we went to take a closer look. It turned out we were just in time for the changing of the Guard, which happens at noon on the dot. Not knowing what to expect, a troop of guards came marching down the street towards the Square. There was one warden making sure people kept out of their way, but apart from that it kind of felt like I was an immersive theatre production- there wasn’t a line or anything cordoning off the public! 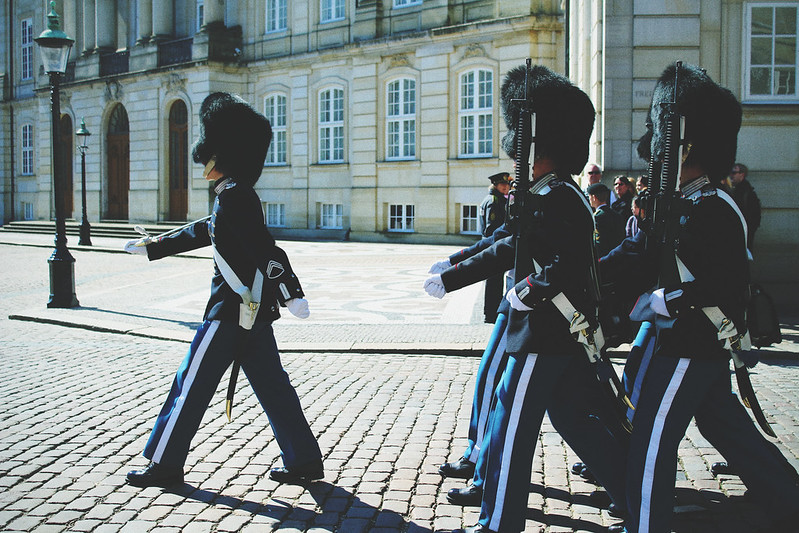 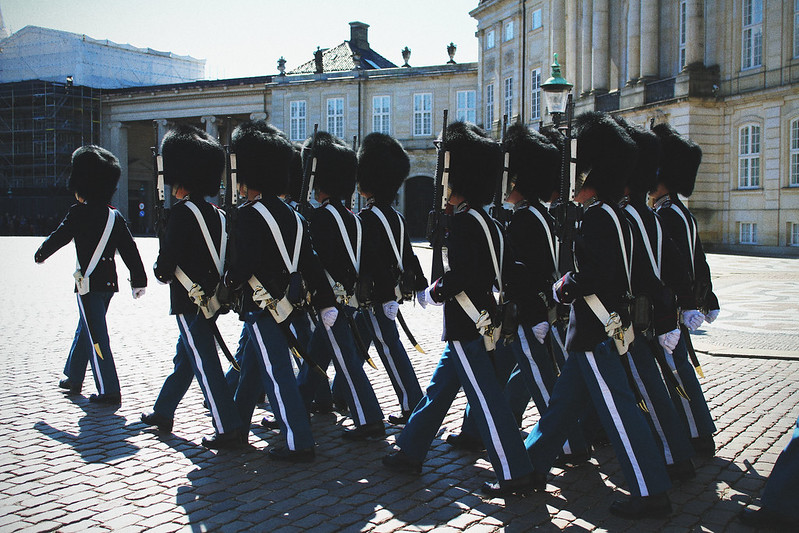 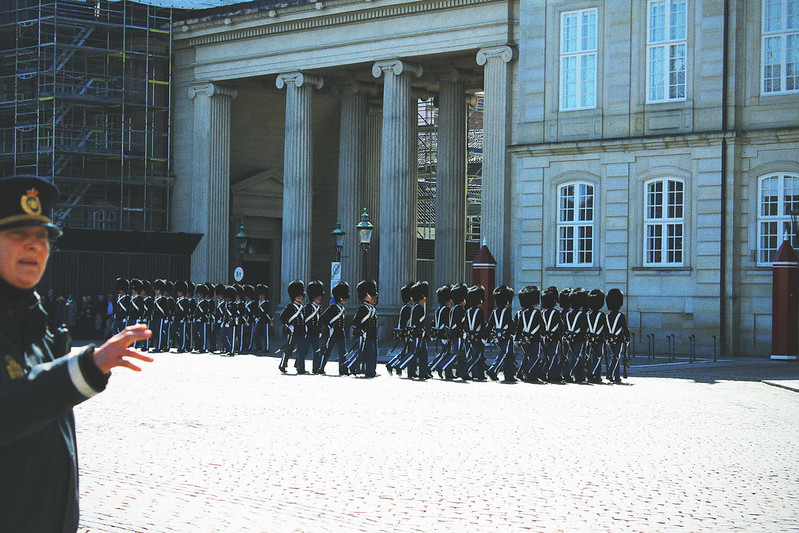 It was pretty fab watching them switch over and the previous Guards march away behind the door. We were so lucky to have caught it!

Time was ticking away, so we started to make our way back towards the hostel to pick up our cases and get on the road home. 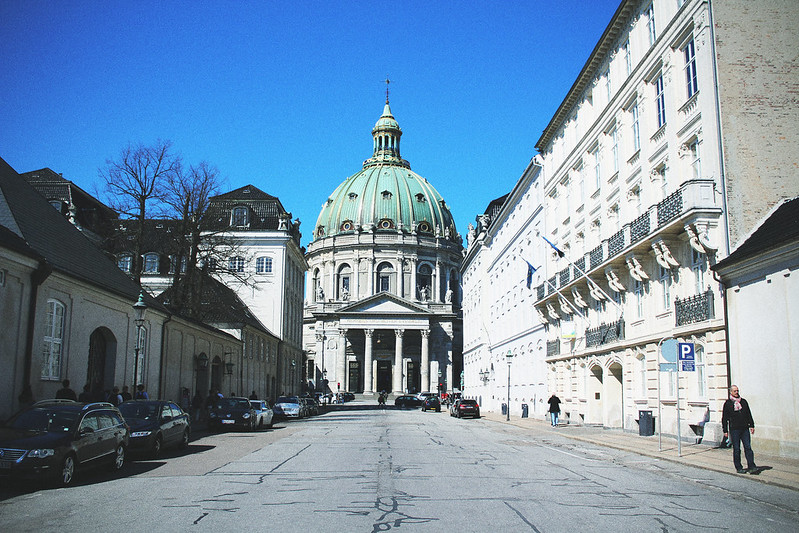 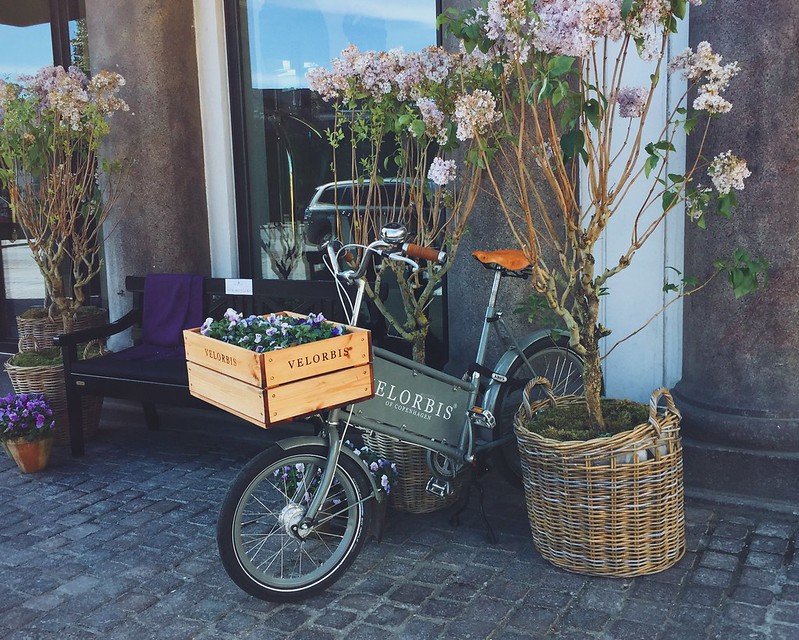 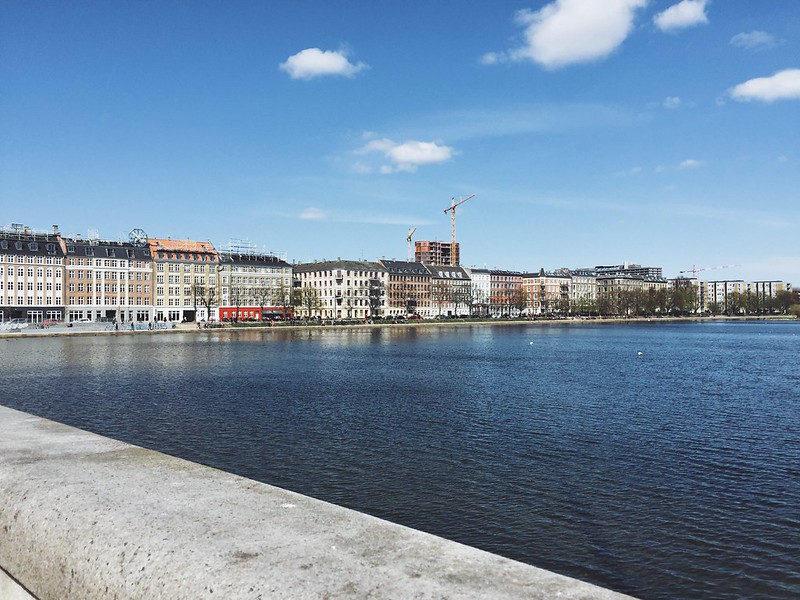 An extra day would have been nice to squeeze in some extra sights, but for a quick weekend we packed in a lot! It’s an easy city to navigate and for the journeys which took too long to walk, we relied on good old Uber which has just been launched in Copenhagen to take us wherever we needed to go. Number 1 tip for Copenhagen? Bring your sunglasses! The sun shines brightly on this gorgeous city!