[dropcap]T[/dropcap]his week I had a go at making hot cross buns. I followed every instruction and measurement to a tee and the end result…were hot cross bricks. They could have concussed someone, let alone be edible, so in the bin they had to go! Then Robin came home with two Easter eggs and so the day was saved. This week, I have been sorting out a bit of life admin so blog fodder has slowed to a trickle but normal programming should resume pretty much now! I did however add a handy little FAQ section, covering some of the most uhhh frequently asked questions I get… 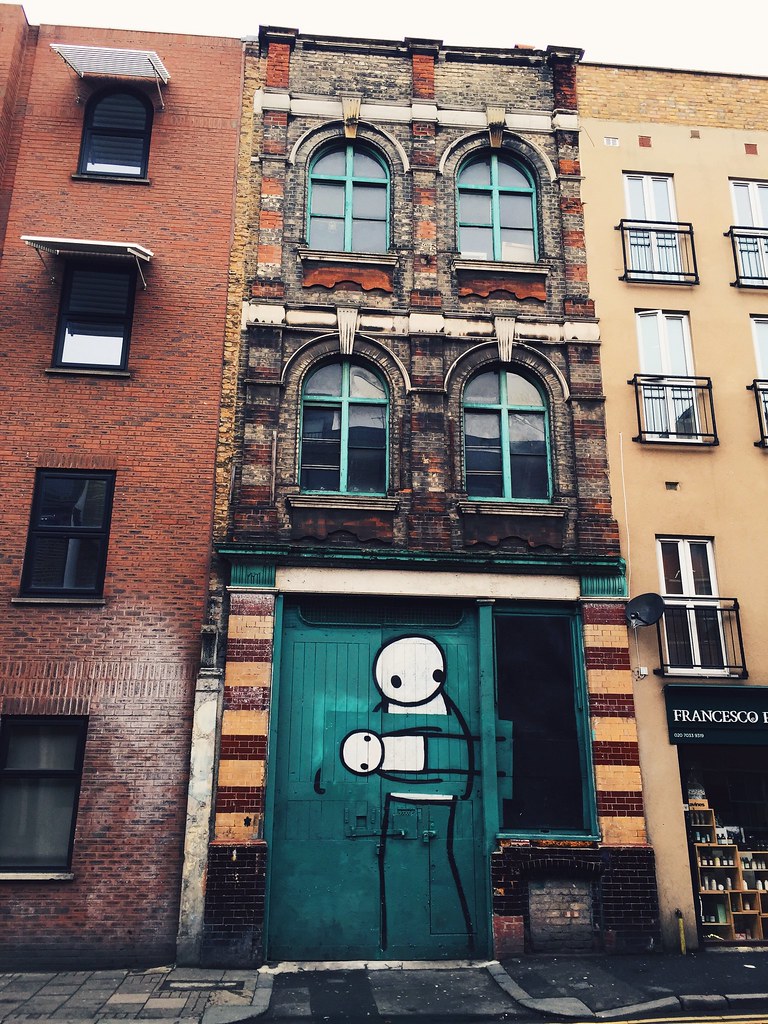 This building is just around the corner from Robin’s office, and I love it. The stick man on the door is called Art Thief and it’s also where Stik, the artist behind all the stickmen painted around the city, works from. In my daydreams, there’s a fireman’s pole inside here. 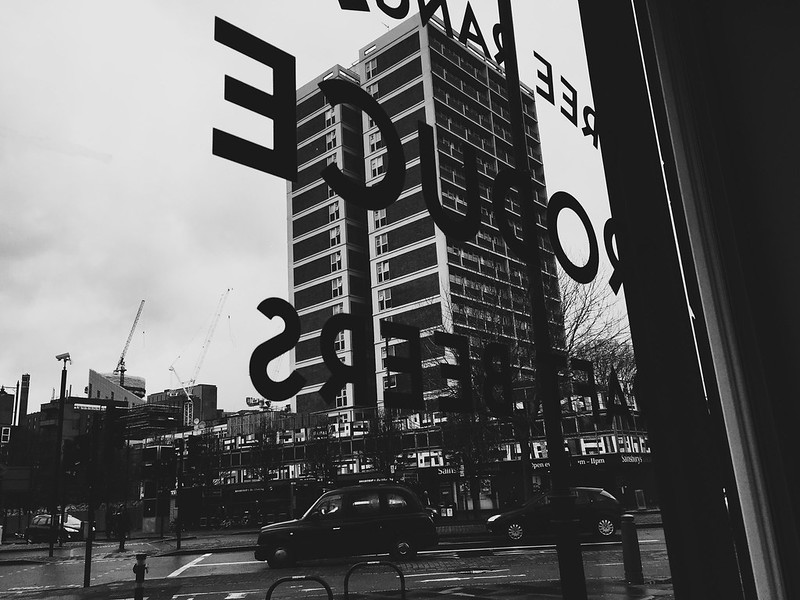 I took this whilst waiting for my pie and mash in Old Street one afternoon, from where The Foundry once stood but was forced to close.  The building was going to be turned into a hotel…slow clap for Hackney Council. The Foundry was a bar that put on thousands of art exhibitions and there was a huge outcry when they were forced out. Whilst a hotel has yet to materialise several years down the line, the space is currently in use as a cafe serving up pies and cakes to the hungry masses of Shoreditch. 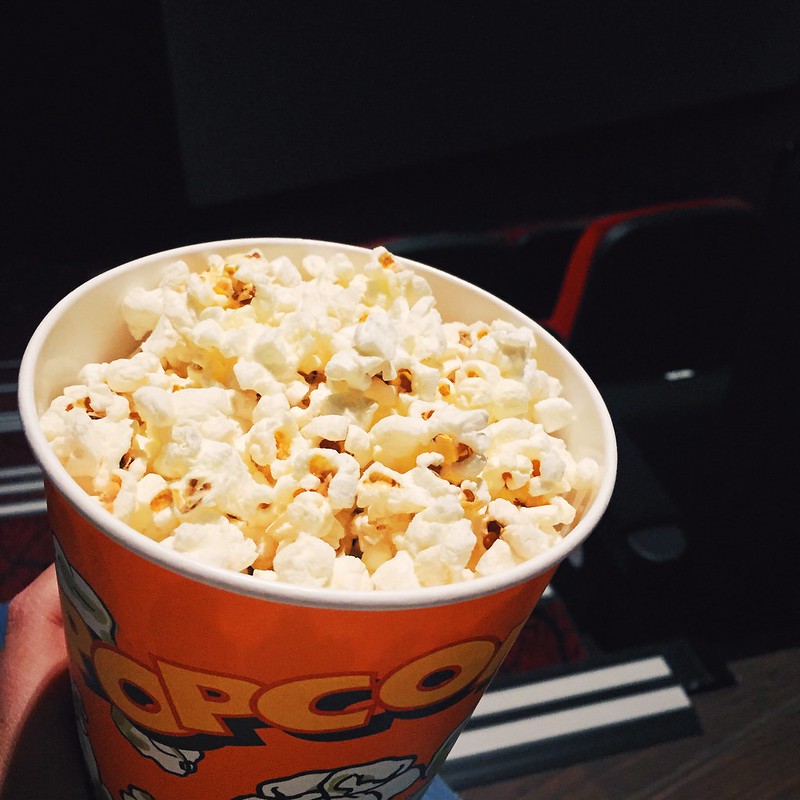 One morning, I put the laptop away and headed to my nearest cinema to watch Insurgent in 3D. It was before half term started and I expected it to be quiet but it turned out I was the ONLY person in the cinema! I had the whole theatre to myself. It was so bizarre yet very cool and I admit it was a bit unnerving sitting there in the dark. Just me and Theo James and a pair of navy blue 3D glasses. 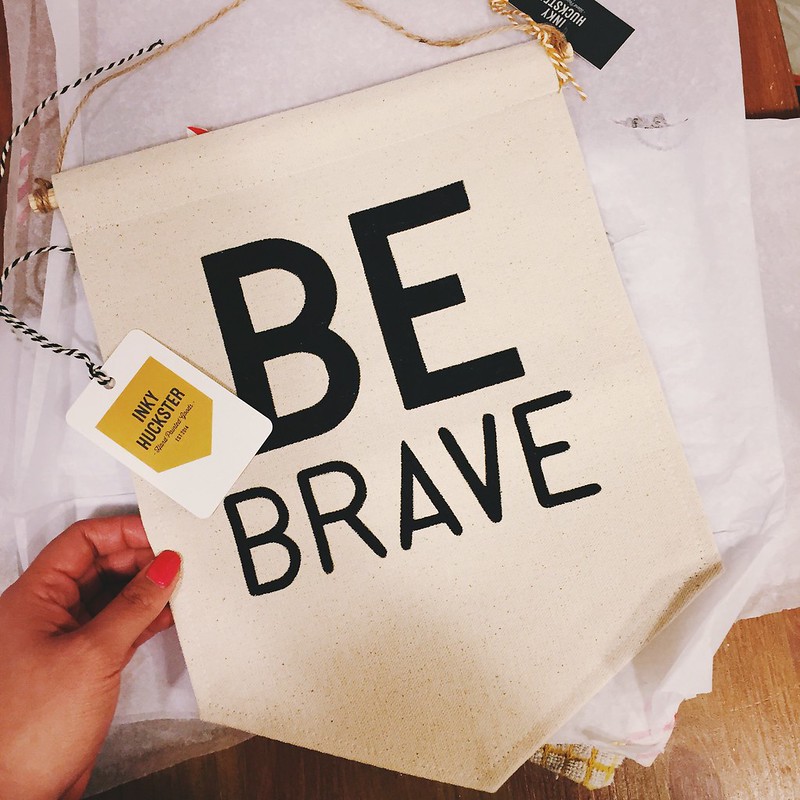 I mentioned I was changing up the art wall in the kitchen a few posts ago, and I can’t wait to put up this banner that I found on Etsy from Inky Huckster. They’re handmade, handpainted and made from thick canvas. It took me ages to pick one out, and in the end I chose Be Brave- she will do custom pieces if you have something in mind though. 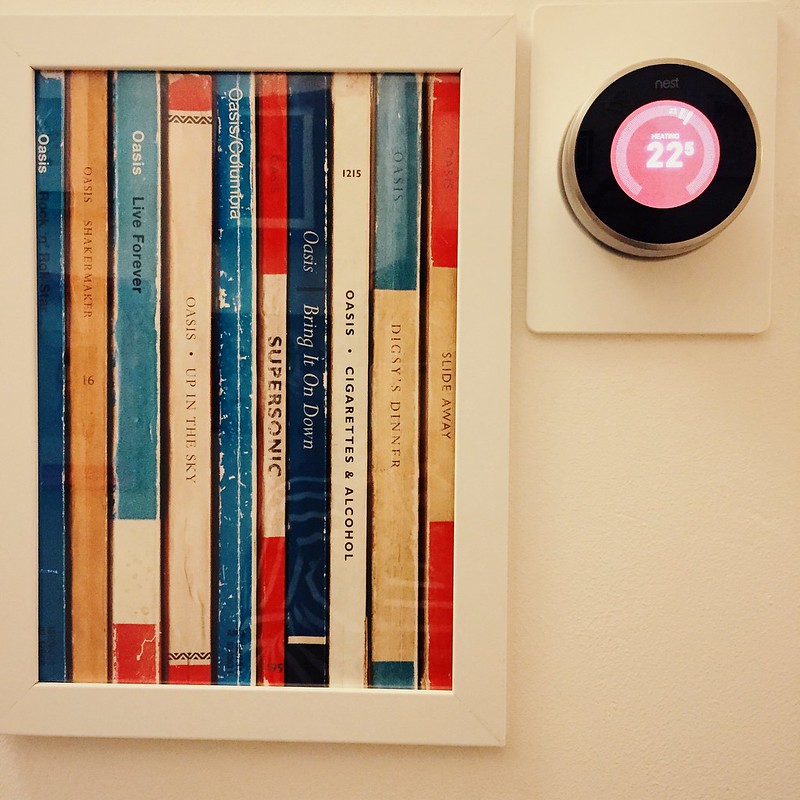 Annnnnnd speaking of home. Our boiler is fixed! Not only fixed but we have a snazzy new temperature control thingamajig that we can control through an app on our phones, called Nest. It’s very space agey. But I’m just happy to be able to run hot baths again! The Oasis book/album print is also an old Etsy find too, from Standard Designs. There’s a Blur one framed above it too (and I wish the Fleetwood Mac one was around when I was shopping around for them!) 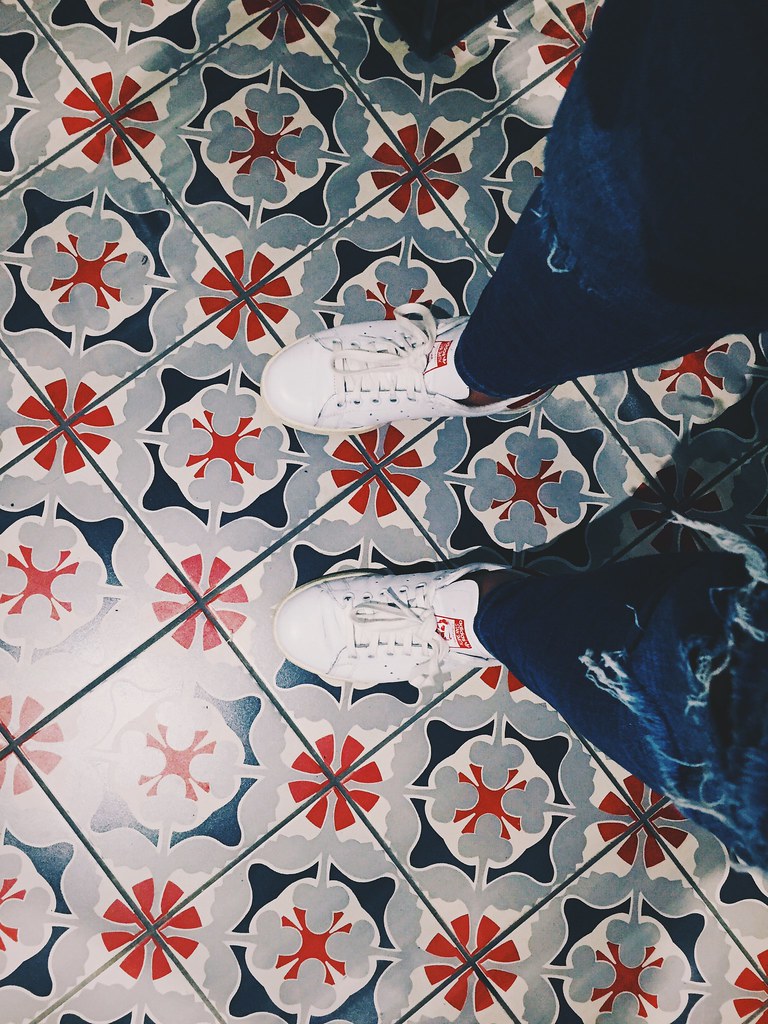 A floorfie (is that a thing? it should be) taken in Mabel’s, a new restaurant/bar that just opened last week in Covent Garden- post coming up on that soon- so what do I do in an establishment serving food and drink? Take photos of their tiles. Naturally. 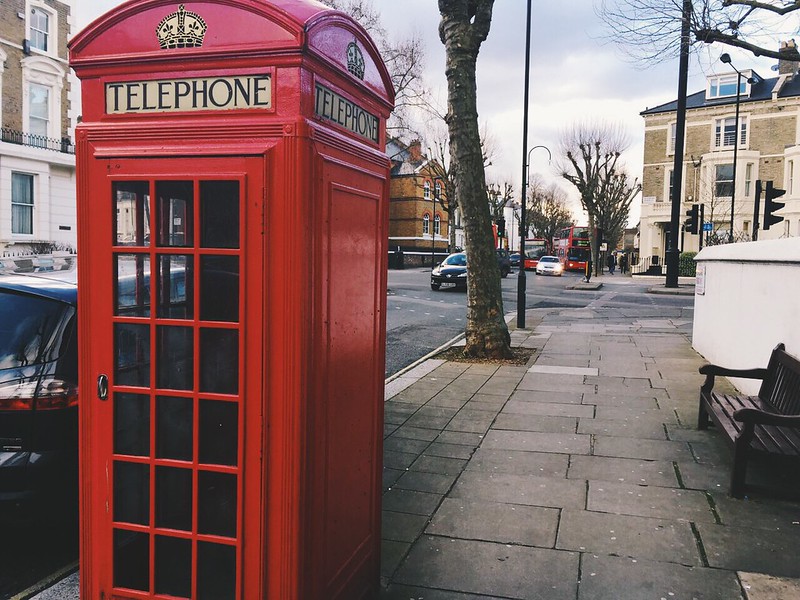 Does anyone use a phone box any more? Even though their use is kind of defunct now, I’d like to think these red phone booths will be around forever. They’re as iconic to London as the yellow taxis are to New York. This one sits across the road from our wedding venue. 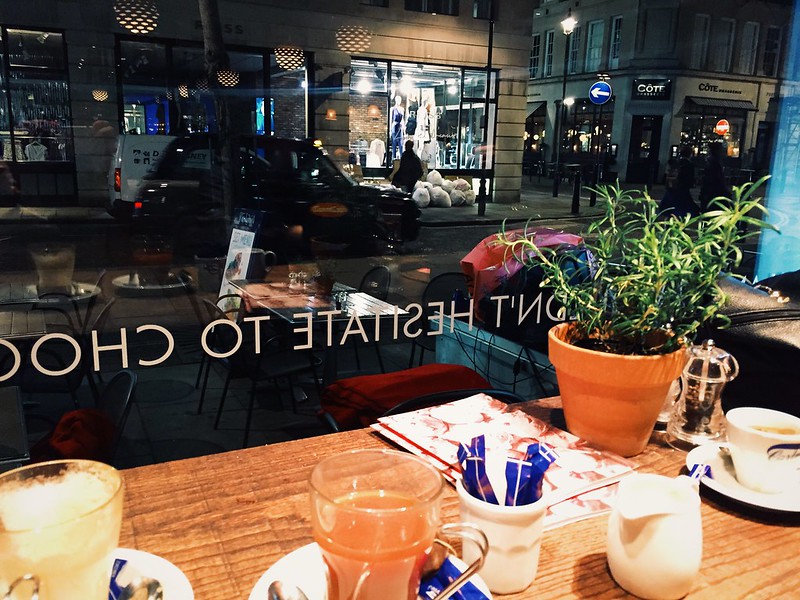 Another wonderful dinner with friends, which means another photo from a coffee shop afterwards. In this case, Carluccio’s on Market Place, after a humungous meal at Ethos, a self service vegetarian restaurant on Eastcastle Street. It’s a great concept- you load up your plate with the delicious food just like a buffet, but fancier. It then gets weighed at the till where you’re charged by weight rather than per dish. Tip; get the scotch egg. It’s their specialty and tastes uh-mazing. Ditto the Dream Salad of mango, avocado, spinach and blackberries.

Have you seen Unbreakable Kimmy Schmidt? Its on Netflix and is hilarious. It’s another Tina Fey creation, so if you’re into 30 Rock or Tina Fey- because she is the funniest person on the planet- then I’m sure you’d like this show too. It’s so absurd and sweet, I ended up watching the whole season in one go.

Did you know this awesome lady is having a book signing/meet and greet in London next week on Sunday? Yup. So excited. I’ll be there, so if you’re there, I’ll see you there too- sound like a plan?

Happy Easter! Here’s a toast to all those chocolate eggs 😉

5 thoughts on “an Easter Lately”