[dropcap]O[/dropcap]ne of the first things I wrote about on this here blog, at the height of Burger Mania in London, was the new opening of Shake Shack in Covent Garden. I’ve eaten many a burger around London, but I’ve always remained loyal to the Shake Shackers; from my first bite of a Shack Burger in New York and now to their latest menu addition in London- The Shackmeister Burger. Unable to make it to their launch night, Shake Shack invited me back for dinner and just like that summer they opened, Ismay came along- two tastebuds are better than one! 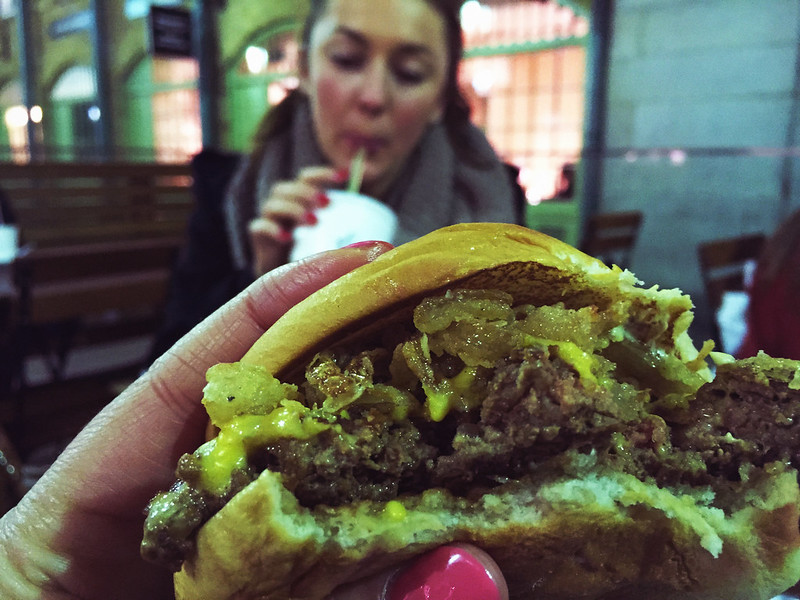 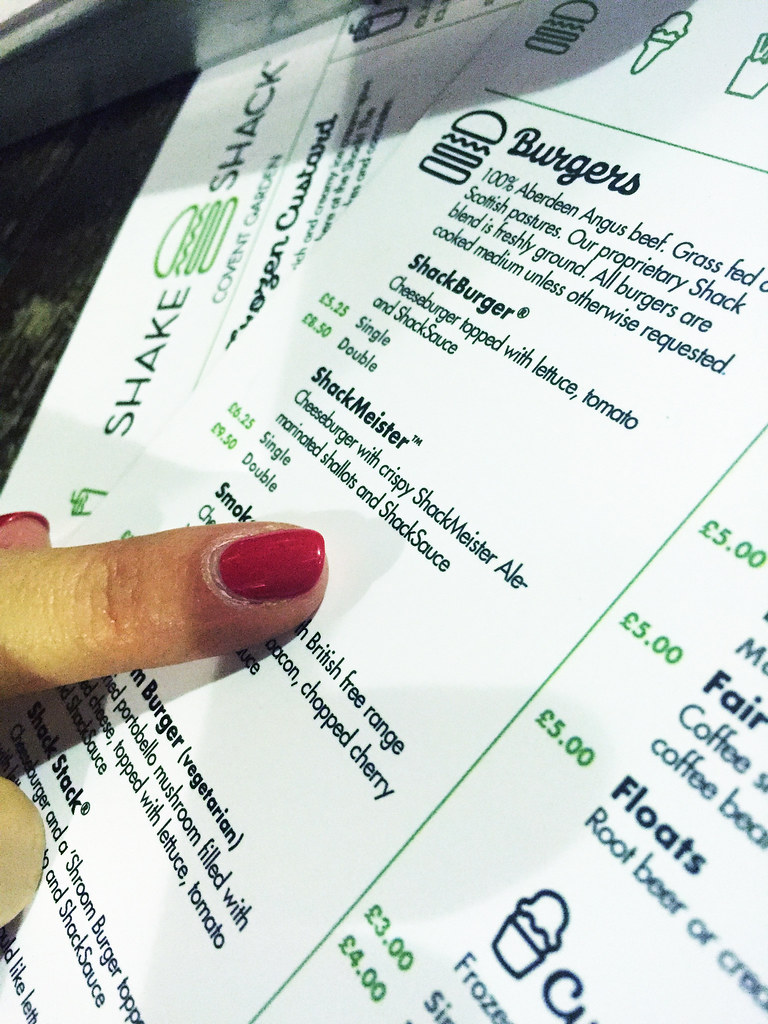 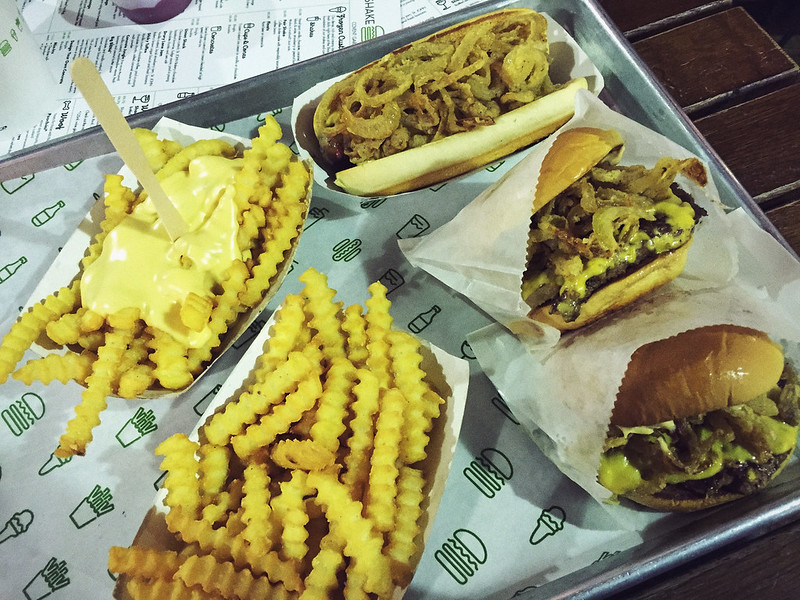 We each got a Shackmeister burger- made up of cheese, crispy shallots and ShackSauce- and shared a ShackMeister Dog, seeing as that is what inspired the creation of it’s burger counterpart. I also got the regular crinkle cut fries whereas Ismay got the cheesy topped one- I’m strictly a ketchup only kind of girl.

The burgers were juicy, the bun didn’t fall apart (in fact, the bun is perhaps my favourite bit, carbaholic here), and the cheese was gooey enough but didn’t overpower the flavour of the ShackSauce. All in all, a really good, meaty handful of a burger. 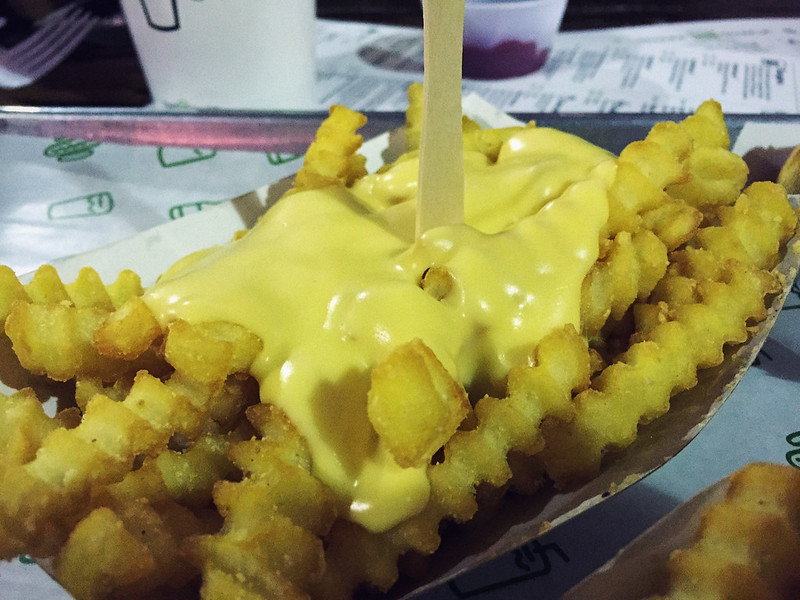 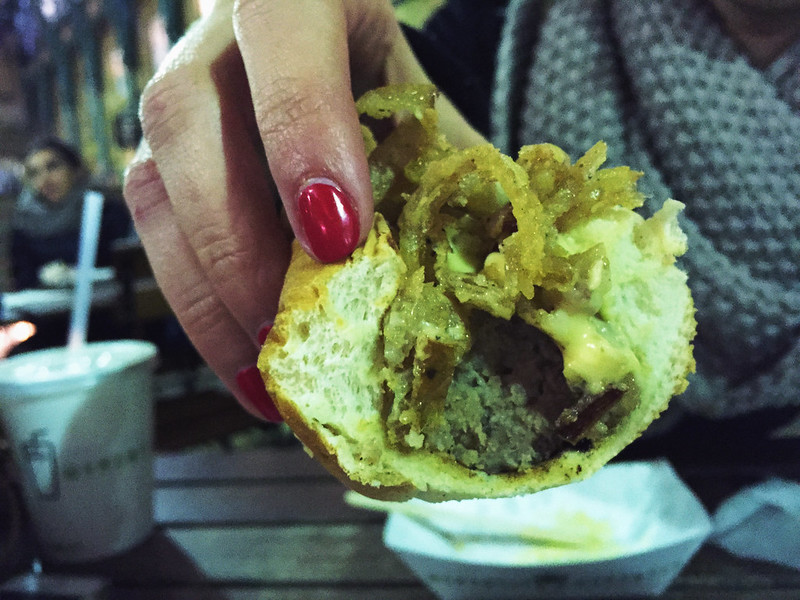 As it was a school night, we said no to the beers but yes please to my favourite drink on the menu, a Fifty Fifty- half ice tea, half lemonade. 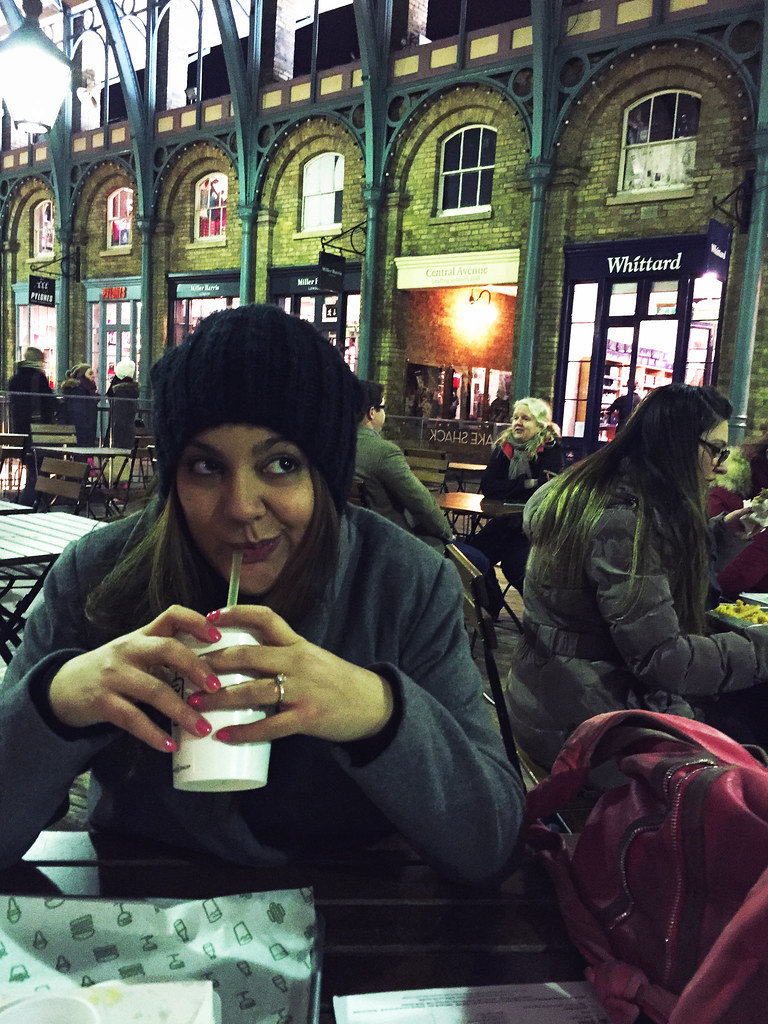 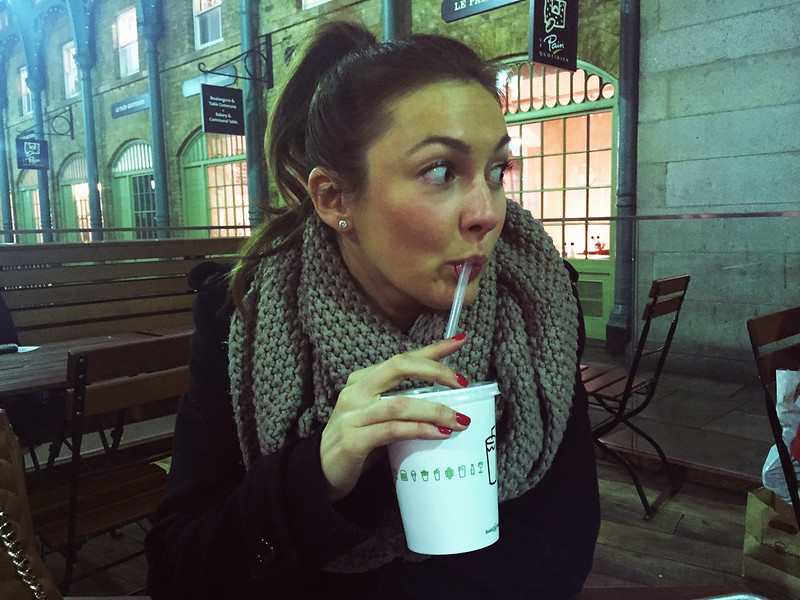 I liked the addition of the crispy shallots, but missed the lettuce and tomato from my usual ShackBurger. BUT ROOKIE MISTAKE! Afterwards, as we spoke to the manager, she said you could add ingredients to your burger. Is this the Secret Menu that the Internet whispers about? I think so…so next time, I’m ordering the ShackMeister and adding my greens to it. 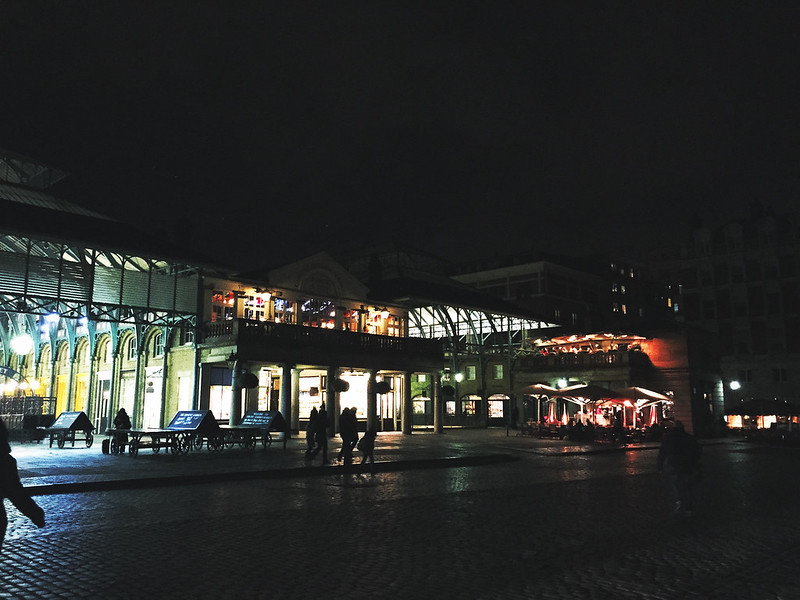 Although a Custard Concrete dessert was offered, it was so freezing and we were so full, a walk around the piazza was all we could manage before heading home into a wonderful, wonderful food coma.

Shake Shack are opening up a new branch in Westfield Stratford soon, but judging by their Custard Calendar, you will most likely see me there next week to get a Smores flavour fix…

8 thoughts on “The Shackmeister Burger”