[dropcap]I [/dropcap]am super late to the laser hair removal party. I get my eyebrows threaded (when I remember)…what else did I have to worry about? Everything, apparently, when it came to the old body hair situation. Really, all I knew about laser hair removal was that the Kardashians have it done (of course) I mean, did you really think Yeezy would marry someone who sprouted a ‘tache or a fuzzy leg over time? No, me neither.

I never considered laser hair removal as something I would genuinely think to do for myself. Then I discovered a few friends had already had it done themselves. They bore silky smooth underarms, legs that no longer grew a peachy fuzz and ingrown bikini hairs a thing of the past. In fact the more I listened, the more I was convinced they were like walking dolphins- you know? Ridiculously glistening and shiny? I wanted that. I no longer wanted to gross Robin out with my underarm stubble (even though, really funny)

So, with that in mind and with my own wedding looming ever closer (speaking of which, they even have tips for amazing skin for your wedding day ) and with me wanting to look and feel my best, I accepted a little assignment to test out some laser hair removal treatments on my underarms at the Pulse Light Clinic in the City. 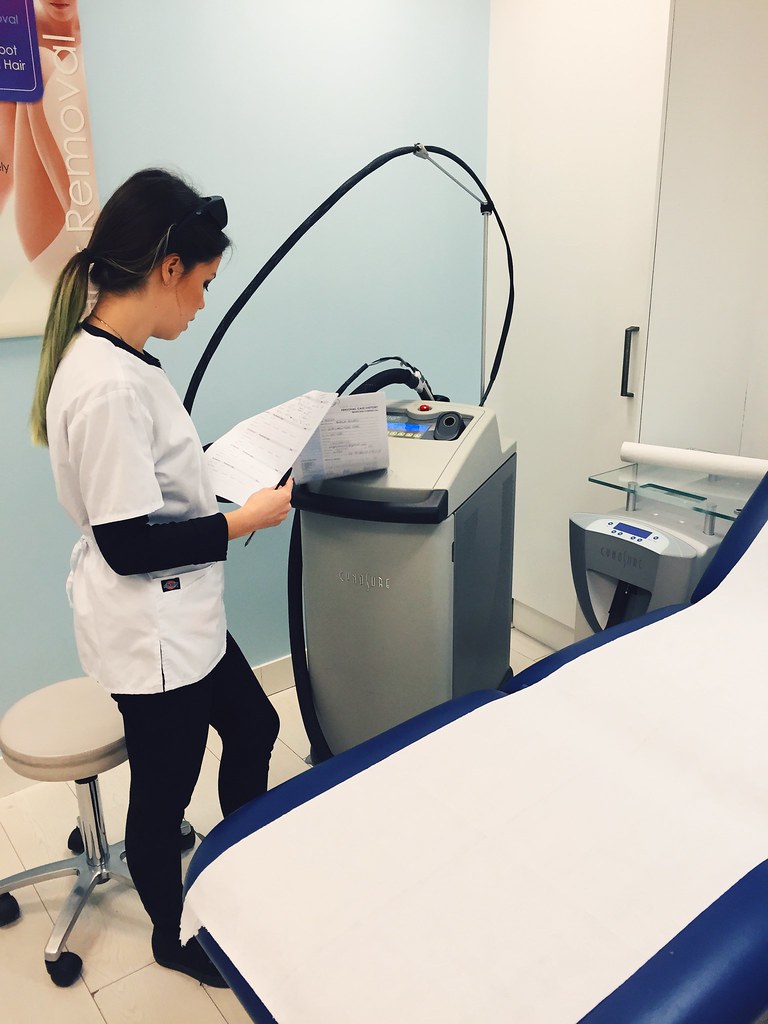 First, I had a consultation appointment, which are free before you make any commitment.

When I got to the clinic, I filled out a few forms, and then went into one of the treatment rooms to have a test patch done.

This enormous machine here is responsible for eradicating your body hair forever. I am aware that it looks like the younger cousin of a Dalek but it promises to exterminate my underarm hair so that’s okay. I was given some wet wipes to get rid of any deodorant I was wearing, then put on these snazzy goggles. 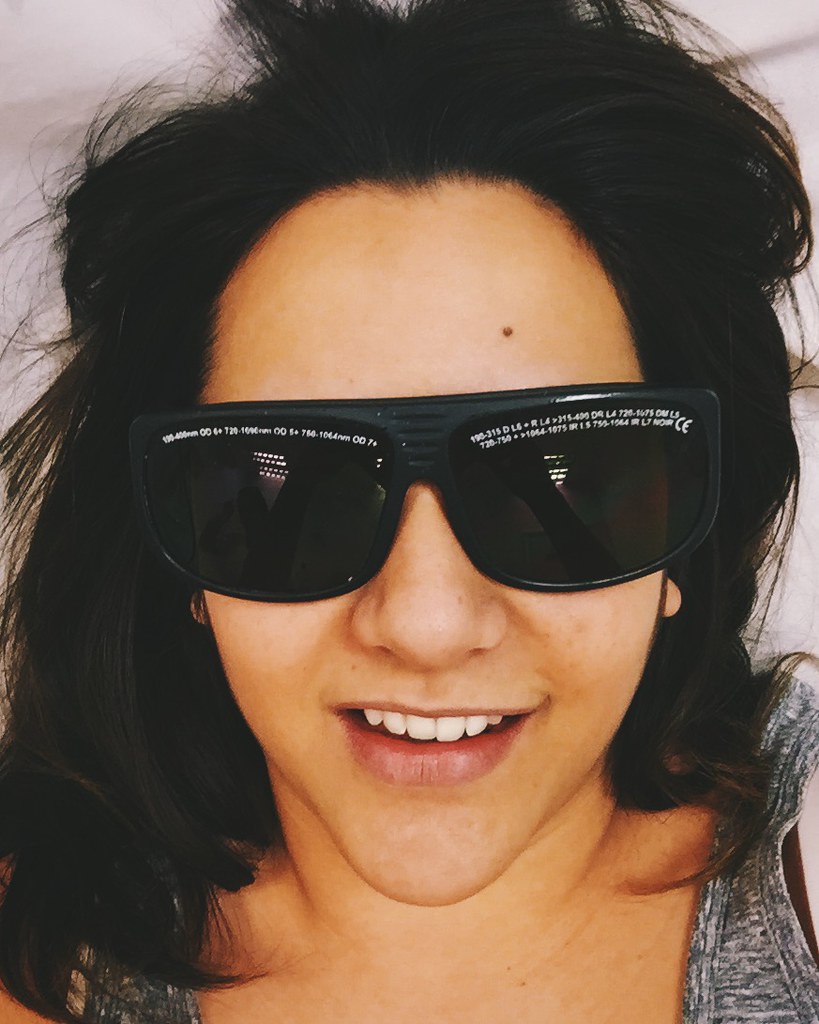 A little different to my normal aviators.

The therapist turned on the machine, and with a nozzle proceeded to zap a few lines along my armpit, increasing the strength each time to see my reaction to it. At the same time, the nozzle is also blowing out really cold blasts of air onto the zapped area, which is both soothing and ticklish. Painwise, it’s just like being snapped with rubber bands- not great but bearable. The room also starts to smell of burnt hair which is about as far as the discomfort goes.

With my test patch done, I was told not to tan or have any hot baths for 48 hours to allow my skin time to recover, then that was it! My first treatment was booked for a couple of weeks later.

I returned to the clinic a few days ago to have the first treatment. After checking that I had no reaction to my test patch, I once more wiped off my deodorant and laid back down on the table with my arms stretched above my head. The zaps this time were a little bit painful but the soothing cold air blasts really helped; before I knew it, I was done. It couldn’t have been more than 3 minutes to do both my underarms. I had aloe vera gel applied to the zapped areas, which were a little red, and I was all done! I was in and out of the clinic within 15 minutes.

I avoided wearing any deodorant over the weekend – so maybe best to do this if you have no plans for a couple of days – and so far I can already see a tiny improvement. Usually, I have to shave every other day but I noticed the regrowth 24 hours later is minimal.

My next treatment is in April, and there are three left to eradicate my armpit fuzz altogether. Each treatment starts from £29 so it’s actually fairly affordable, especially as the treatments are spread out over time. I’ll keep you posted on my progress!

You can find the Pulse Light Clinic just a few minutes walk from Bank station:

10 thoughts on “the time I tried laser hair removal”