[dropcap]A[/dropcap]re you all turkeyed out yet? I think I might be able to eat one more turkey-stuffing-cranberry combo but otherwise I think I’m good on the turkey front until 2015. In the run up to the Christmas madness, I went to another brilliant Zomato Meetup at Chotto Matte, a restaurant in Soho serving up the finest Nikkei cuisine. Nikkei is a fusion of Japanese and Peruvian food; the only fusion cuisine I am familiar with is Nyonya food, a combination of Chinese and Malay cooking, so I was really looking forward to seeing what kind of culinary concoctions Nikkei food would bring to the table. 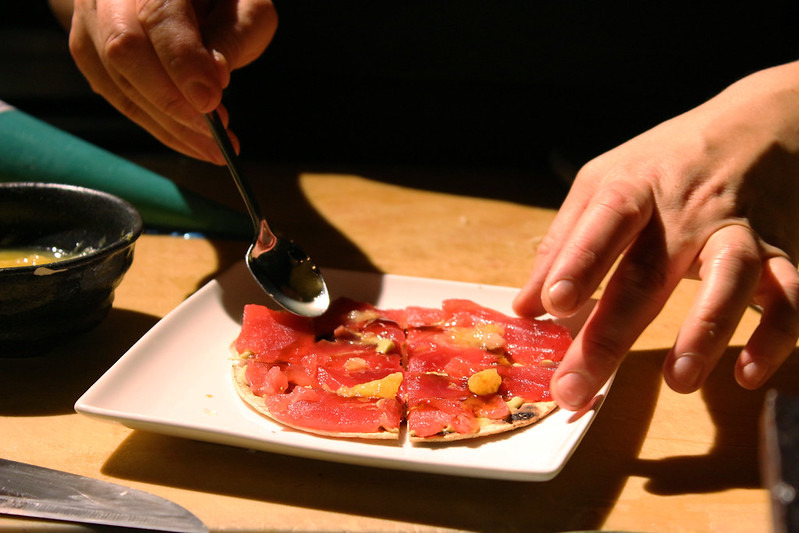 This is tuna sashimi on a crispy tortilla drizzled with a sauce that had quite the wasabi kick to it. I watched as the chef prepared this simple dish; from blow torching the tortilla to placing the sashimi just so. Every bit of care and attention was made to each plate. 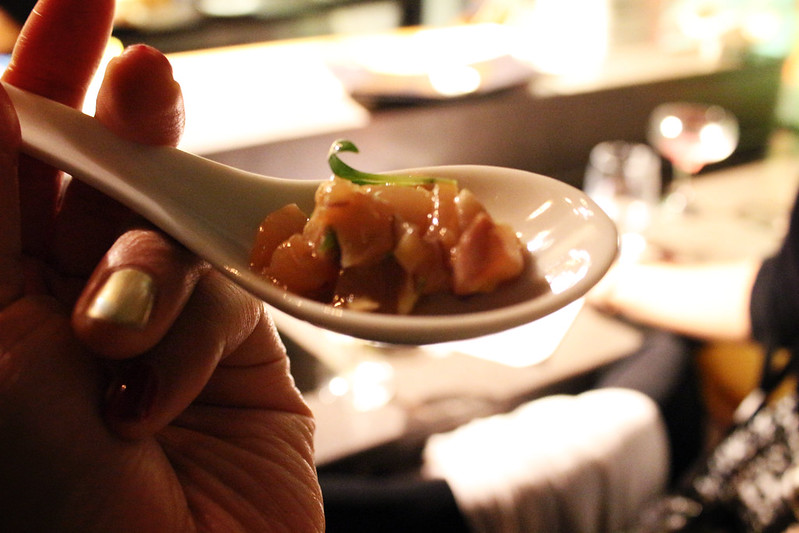 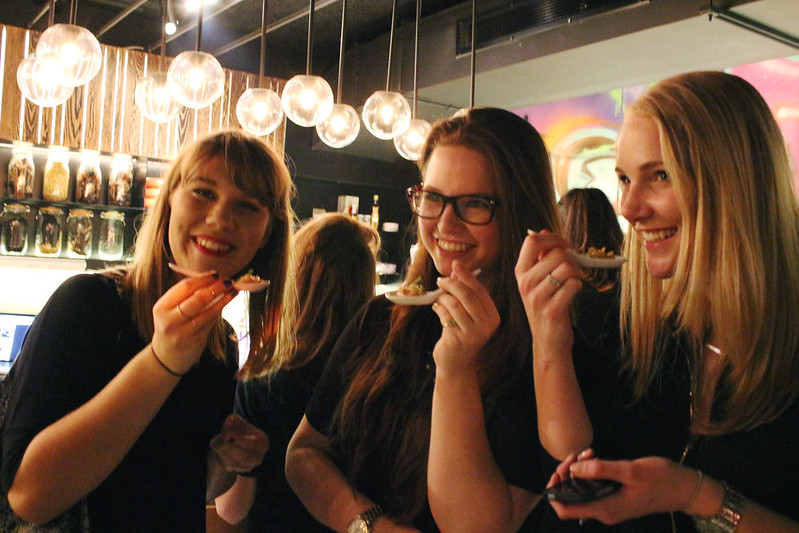 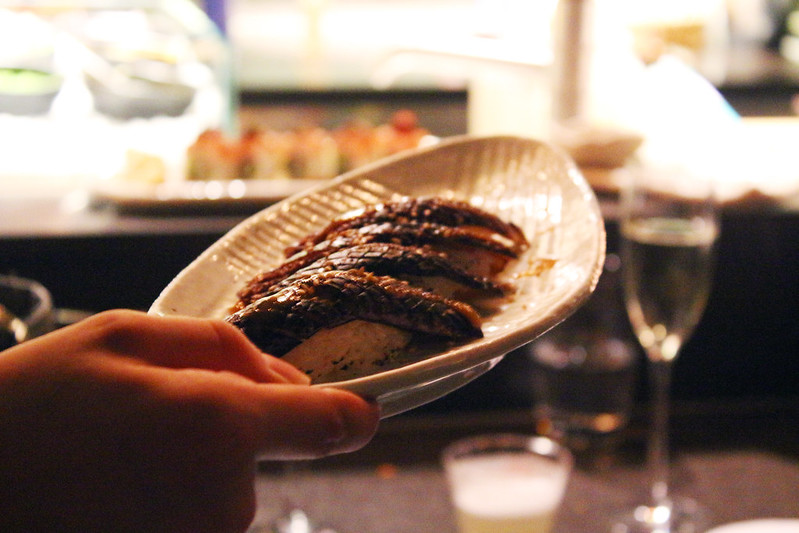 There was a little spoon of seabass ceviche- a mouthful of seabass, chive oil, Peruvian corn and citrus sauce- that was a delicate delight, followed by augergine miso nigiri; the aubergine had such a smoky flavour to it, I honestly had no idea what it was when I ate it! It was actually quite meaty tasting and a pleasantly tasty surprise. We were in prime kitchen watching position, watching our drinks and plates being prepared… 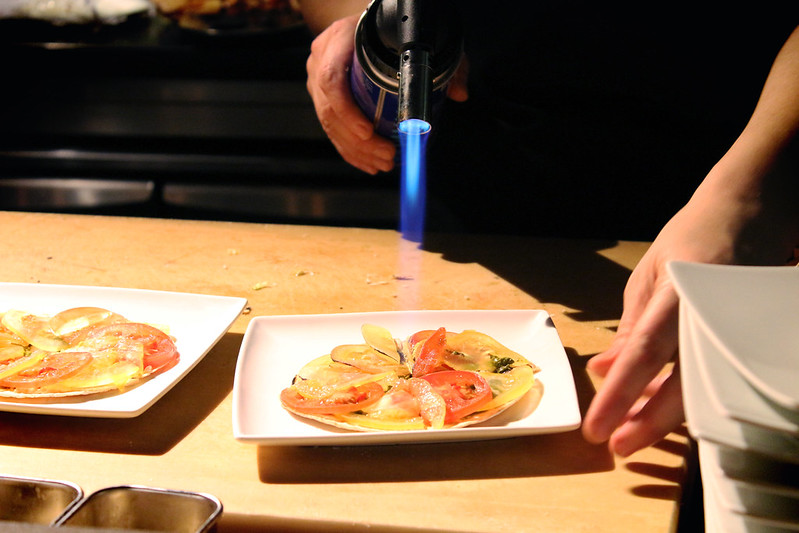 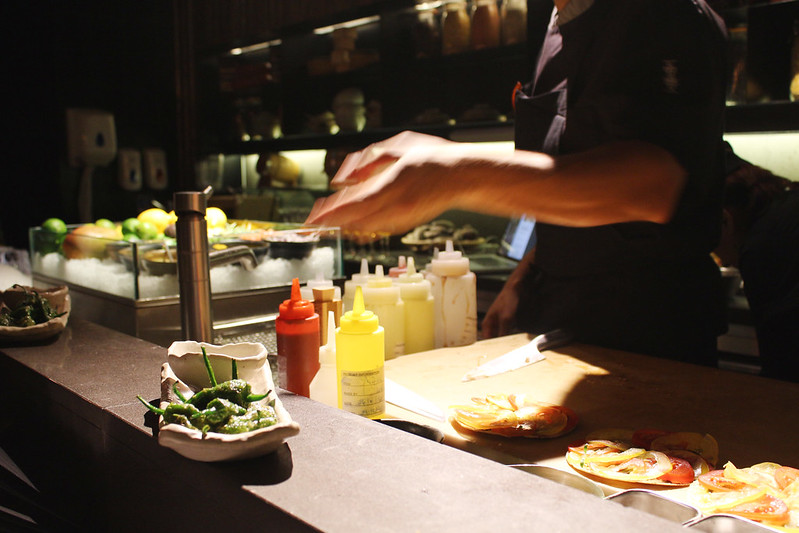 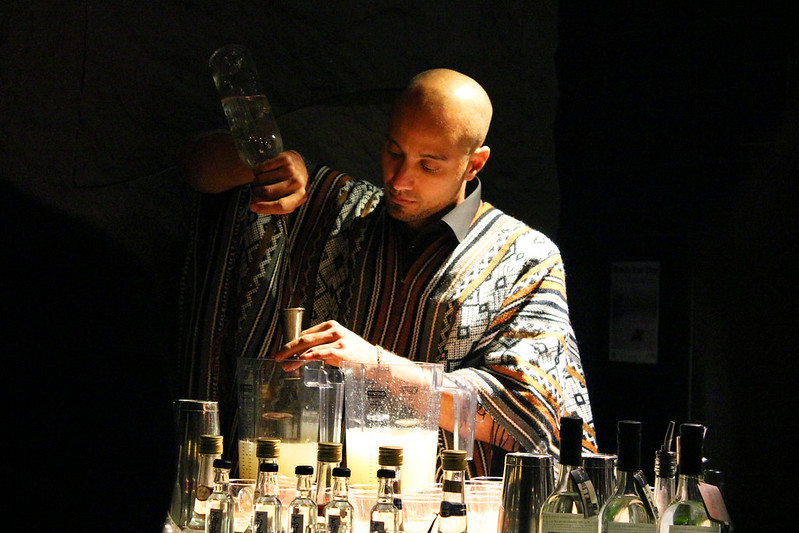 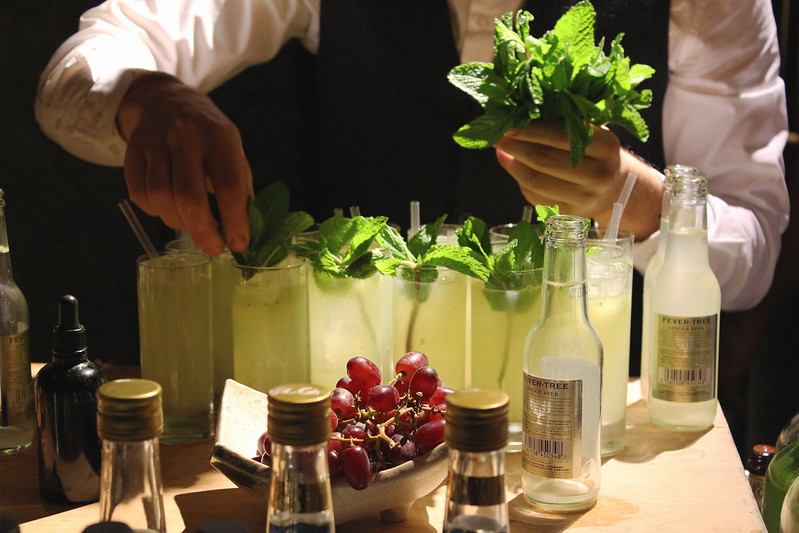 Then the best part of the evening…a tour around the kitchen! Up the windy staircase, past the flaming hot grills and sushi counters and smack into the belly of the Chotto Matte beast. 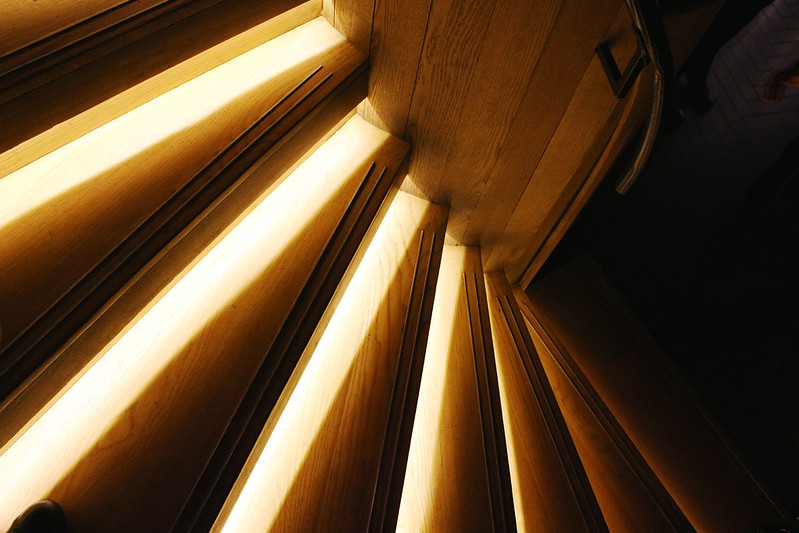 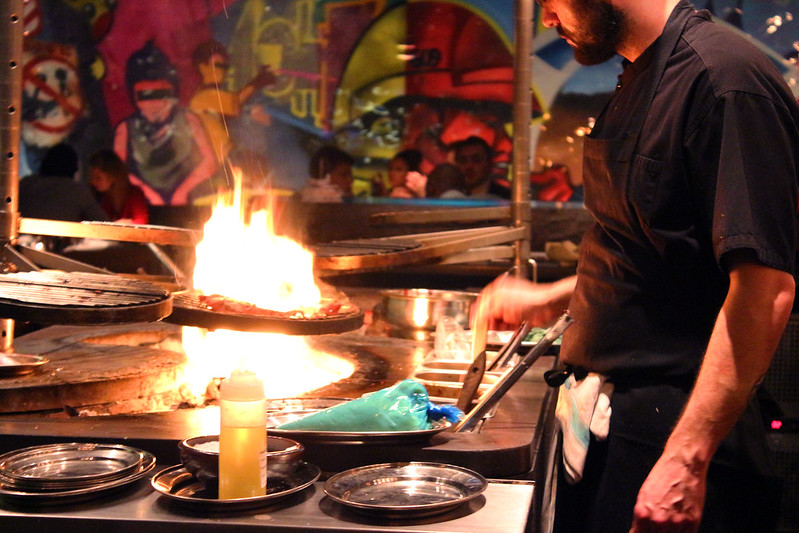 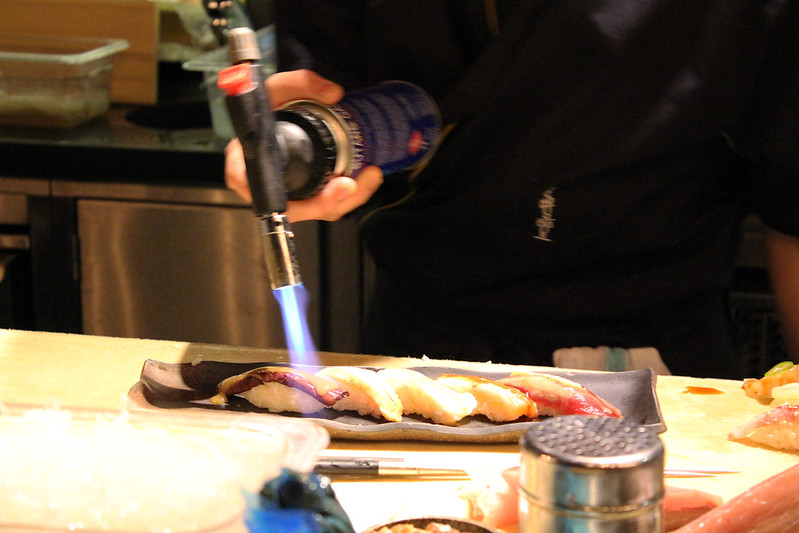 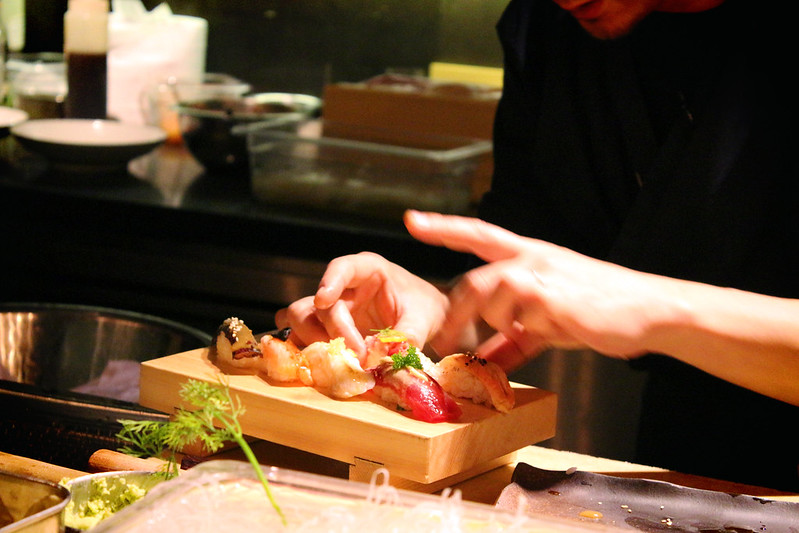 The coals for the grill were red hot, and I couldnt help but think of Robin as he is a sucker for anything meaty and grilled. I also enjoyed watching this sushi platter being prepared and blow torched. There are a lot of blow torches behind these smiles and counters 😉 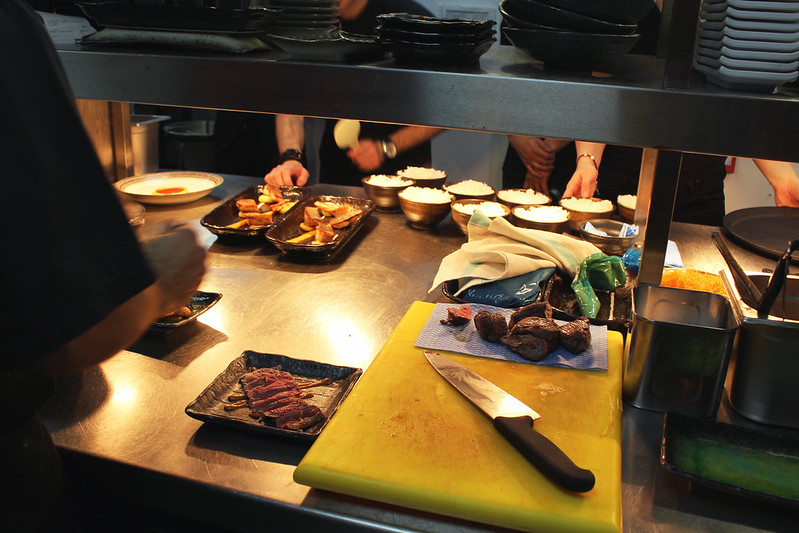 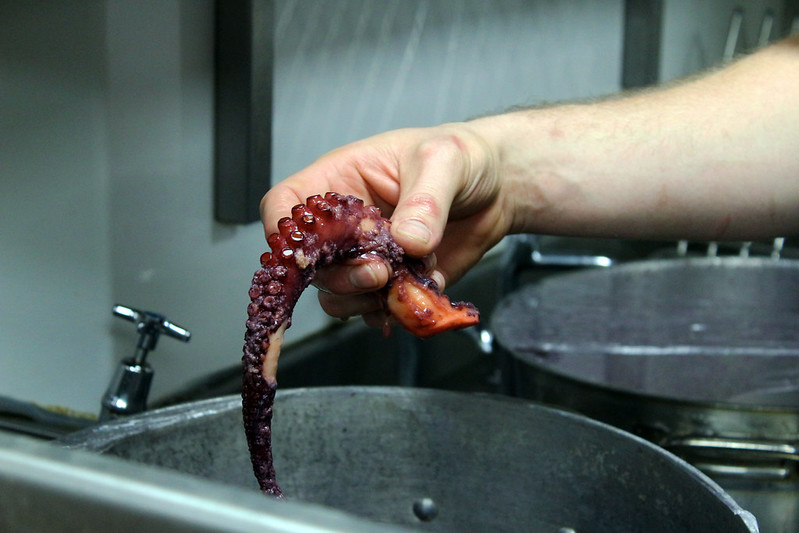 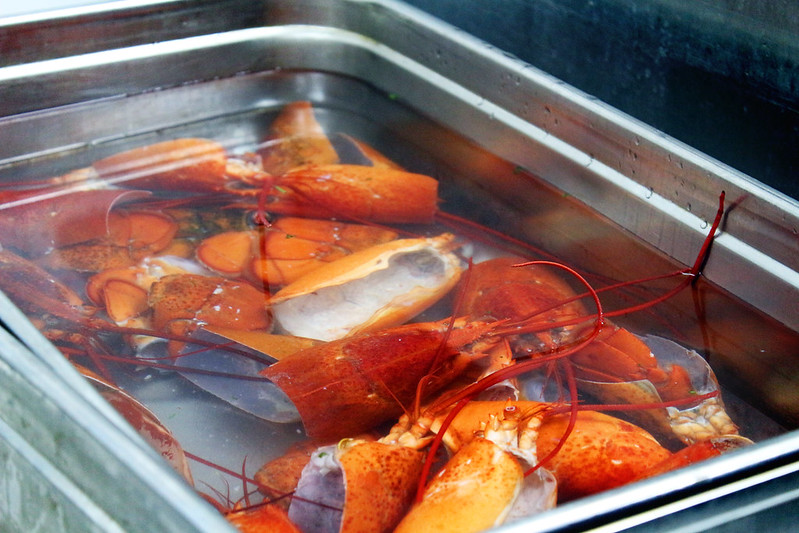 It was a tight operation in the kitchen, and I felt like me and my backpack were ducking and diving out of the way half the time. I watched the servers collect their orders, the plates being prepared, meat being sliced and diced, tempura being fried,  enormous portions of sushi rice being stirred up and…octopus tentacles bubbling away. It was frantic and fascinating and easily the best part of the evening. Walking back through the restaurant and past all the diners, I realised just how much hard work and prep is being put into every meal, it’s insane. 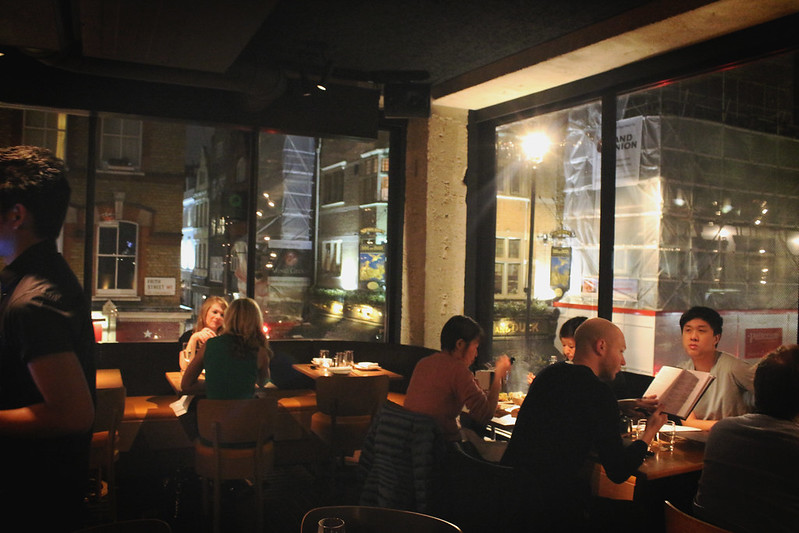 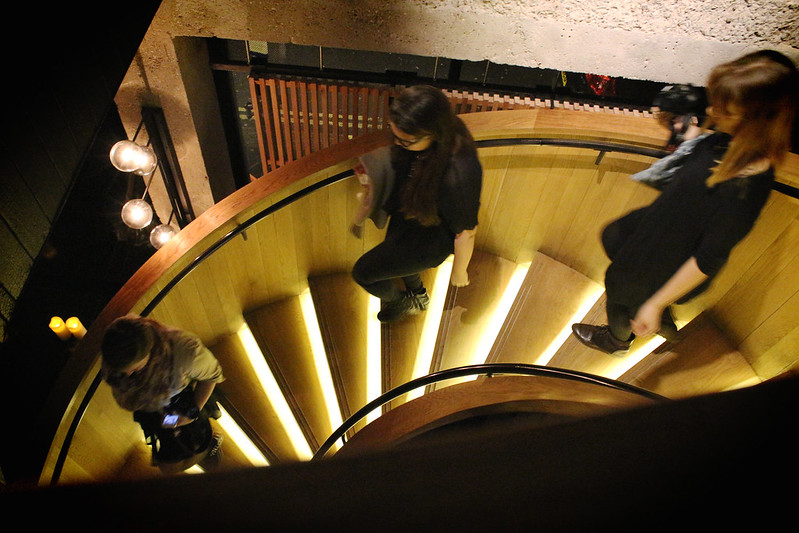 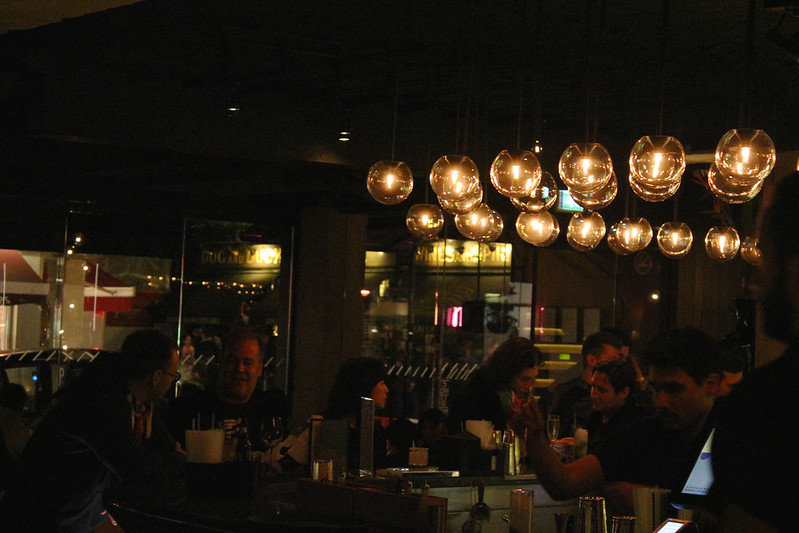 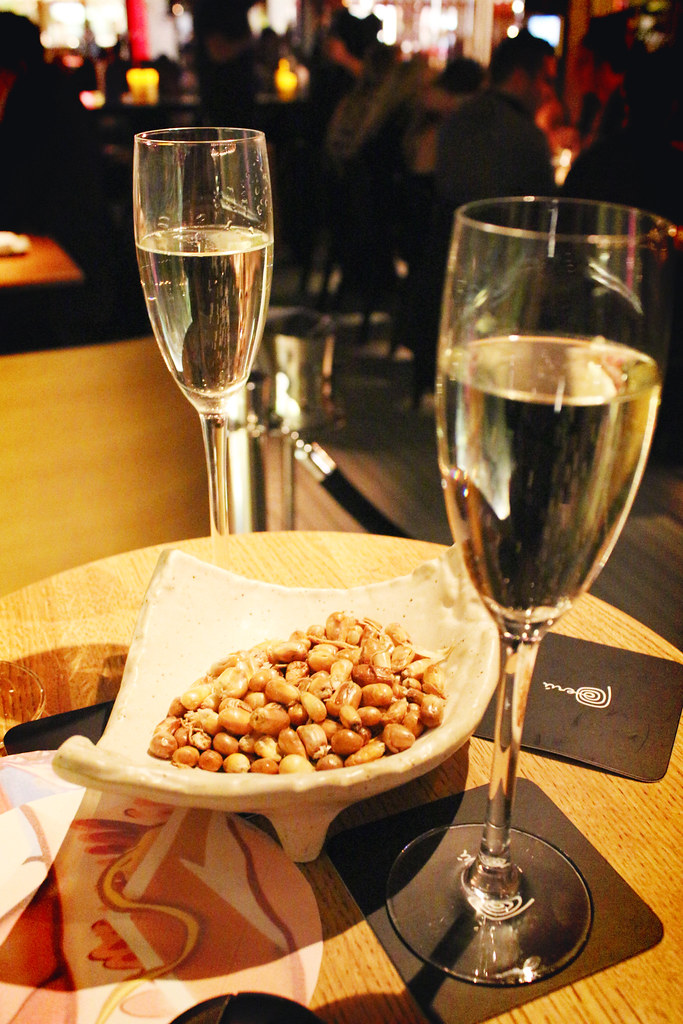 I spent the rest of the evening sampling their Pisco sours and bubbly..in fact too many Pisco sours…before having to shrug my coat back on to walk it off out in the streets of Soho. Thank you Zomato for a wonderful evening and Chotto Matte for being such wonderful hosts and for letting us peek into your world!

8 thoughts on “Chotto Matte in Soho”