When I was at school, as part of my Theatre Studies class, we headed to the bright lights of London’s West End for a week of plays and musicals- in fact, had I not gone on that trip, I would never have been bitten by the London bug and moved here for Uni. Monday brought me to my very first London Theatre Bloggers meet up, at Soho Grind- I was quite excited about the prospect of reconnecting with theatre/theatre lovers again! After a quick dinner at Flat Iron, Ava and I were welcomed with open arms by Rebecca from Official Theatre who had organised the whole evening with Seat Plan. 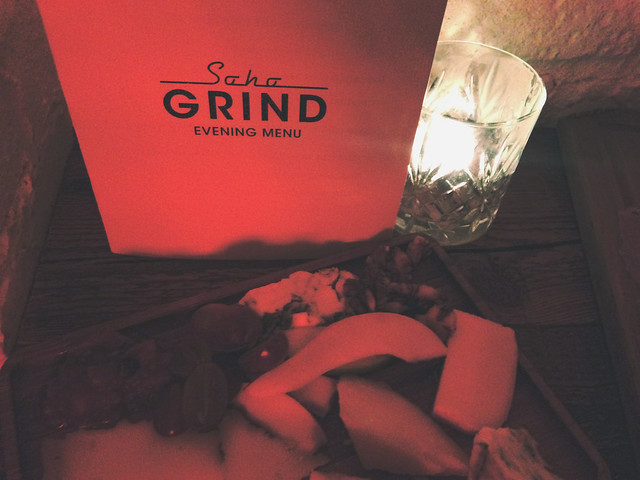 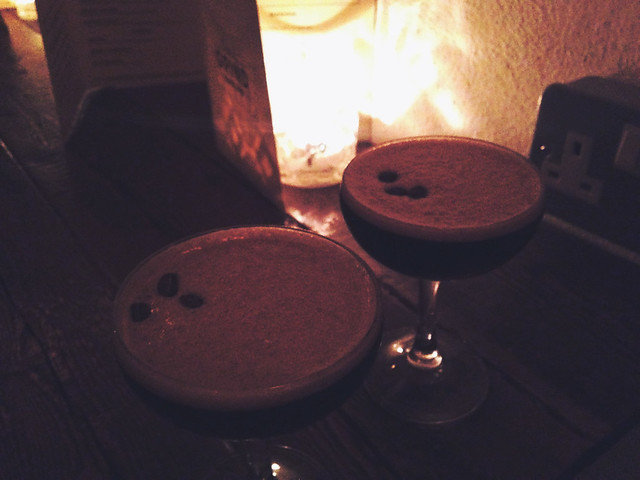 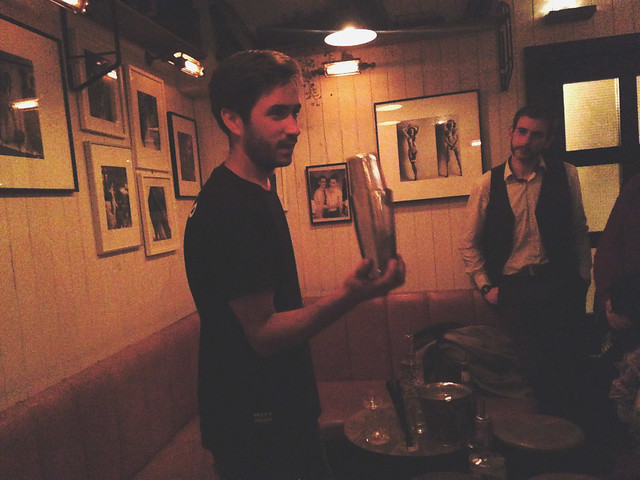 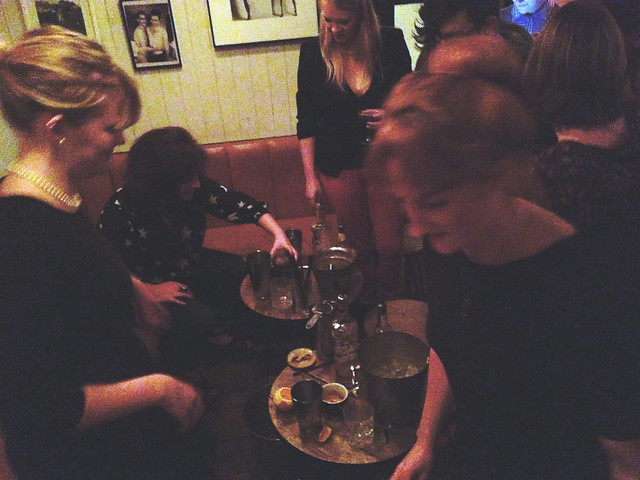 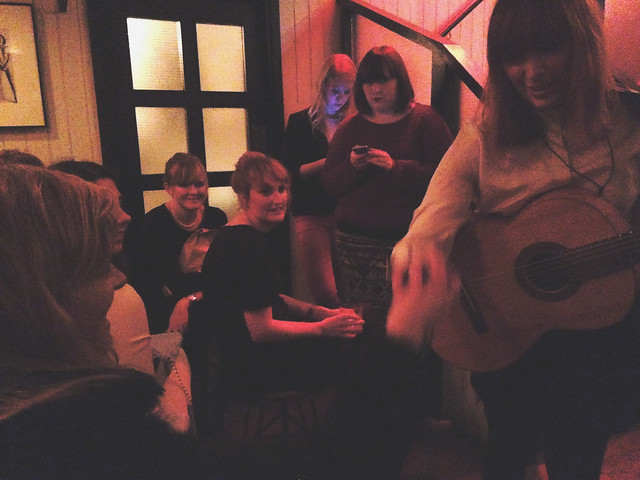 After a chitchat over a glass of prosecco, we headed to the basement for Espresso Martinis; and then split in half for cocktail making sessions and a little friendly competition. I found myself crouched on the floor, desperately trying to make some orange peel curl! All I know is that some chocolate liqueur, orange bitters and syrup were thrown into a shaker, and voila-  Terry & the Chocolate Orange Factory was born. Shortly afterwards we were serenaded by Bity Booker; in fact Ava may have discovered a hidden talent of bell holding…! X Factor calling.

We had a group discussion over theatre blogging in general, and a quick word from the guys of Seat Plan– which interested me hugely because I like to know where I’m sitting and what the view is like from different ticket budgets! Control freak much. Espresso martinis, nibbles, music…it was a great first get together and the first of many more I hope.  Rebecca was the loveliest host, so a huge thank you for the invite!