[dropcap]F[/dropcap]or years, Luan and I have wondered what is up with the lack of dessert only places in London. Our cake adventures took us to the same places around the city, and often we’d end up in either Maison Bertaux (Berties) or L’Eto Caffe in Soho. When I heard about The Pudding Bar, a desserts only pop up shop, I immediately sent her and Alexis a message and made us a reservation for the weekend! 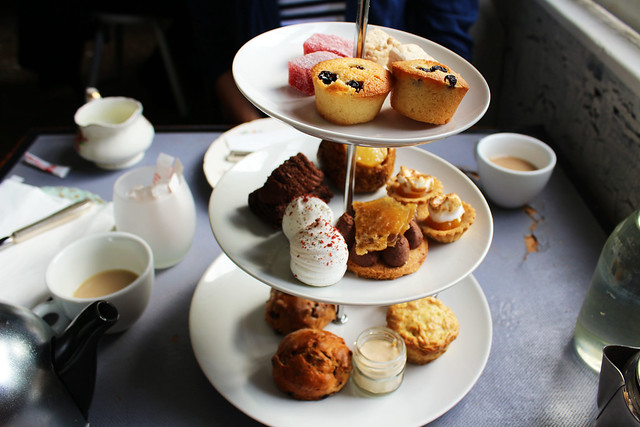 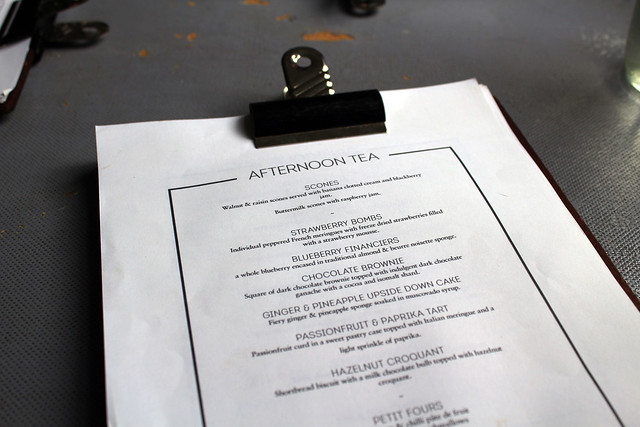 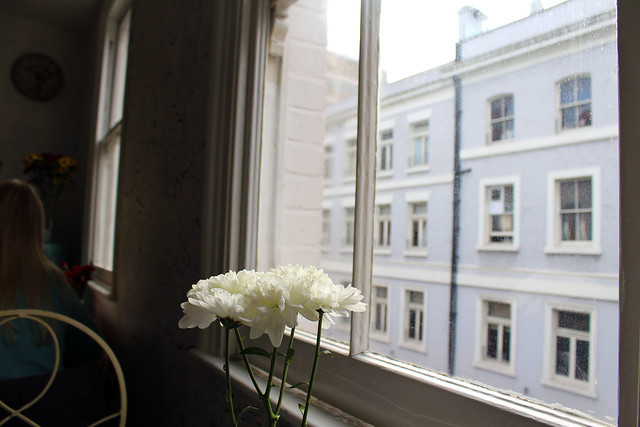 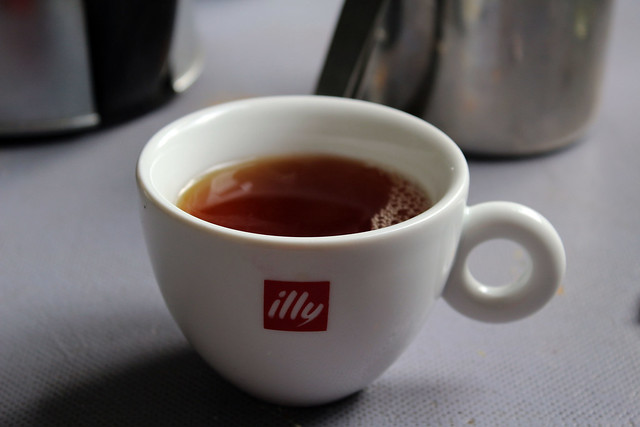 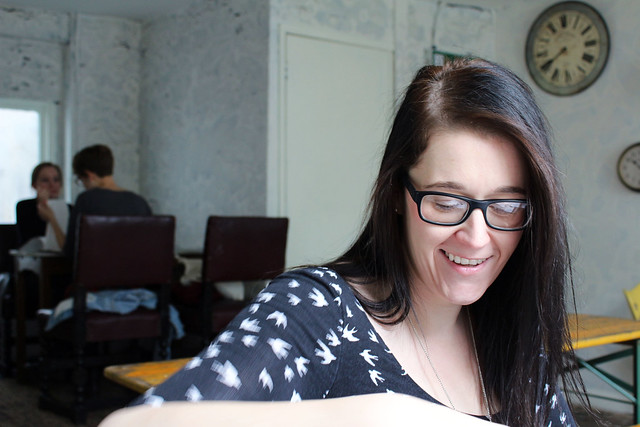 I rocked up to find Alexis had arrived first and was waiting outside like an awkward Tinder date! Through the doors, this pop up is set over three floors and is a delight of mismatched furniture, white washed walls and rickety stairs. If I could draw what my ideal cafe would look like, this would be it. We sat at a table overlooking the street below and decided to share their newly created Afternoon Tea offer- the waitress assured us it was enough for three people despite the menu saying it was for two (for £34) 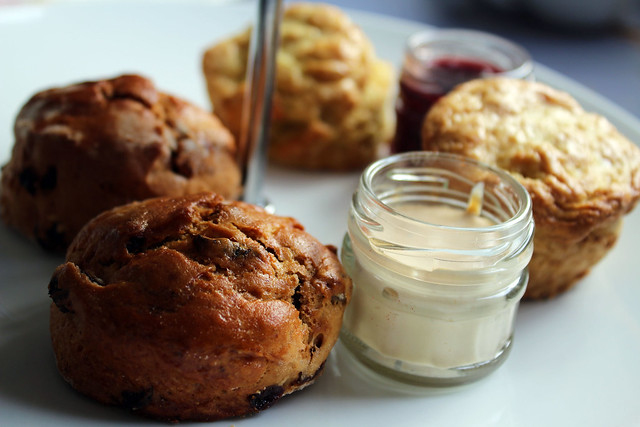 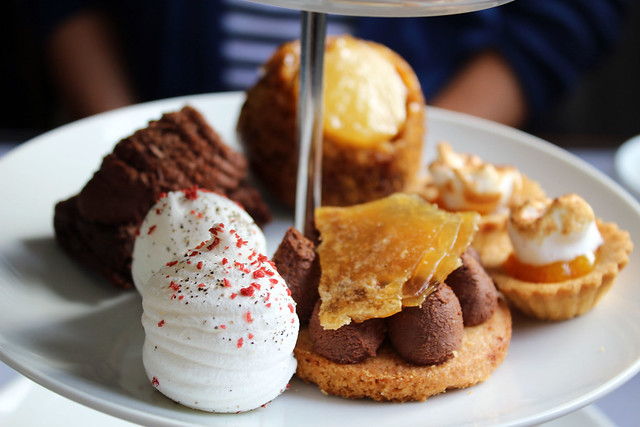 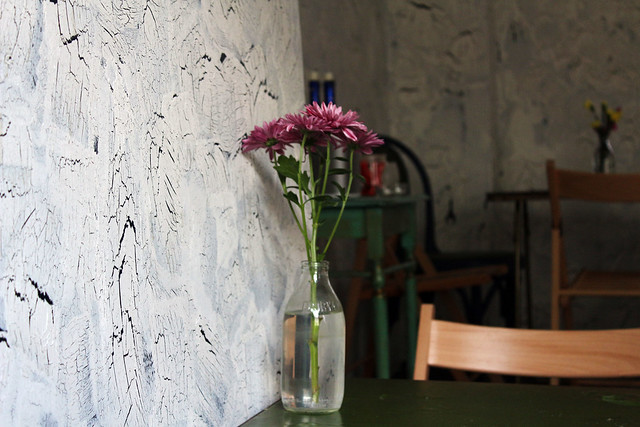 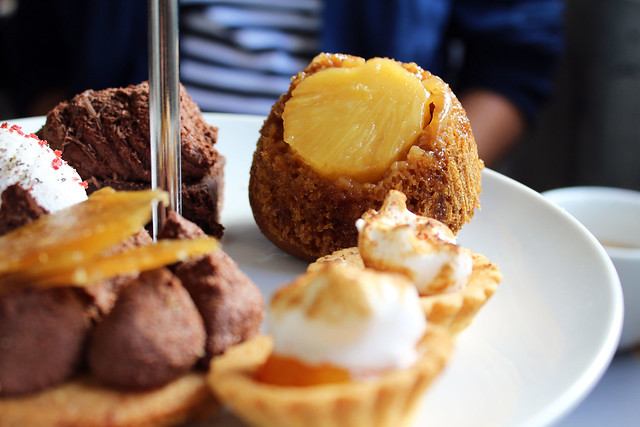 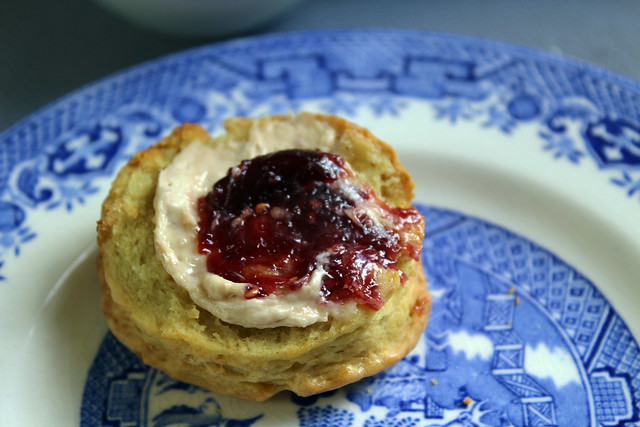 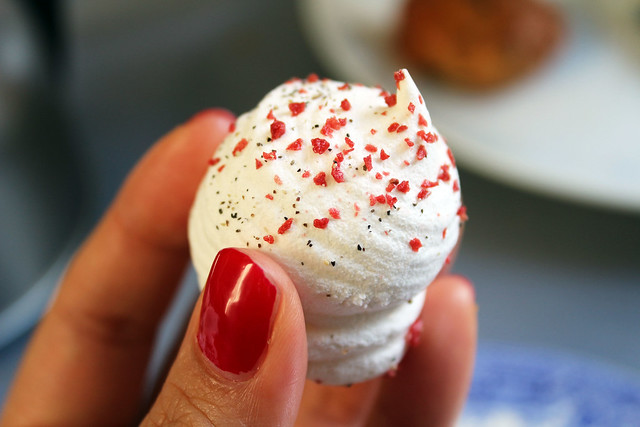 Sipping steaming cups of Earl Grey, we split everything between us. Conventionality was set aside for this menu- banana clotted cream and raspberry jam were served with two types of scones; buttermilk and walnut with raisin. The banana clotted cream was lovely as were the jams, I just wish there had been more of it! I thought the Strawberry Bombs were unique- hidden inside the meringue shells were puffs of strawberry mousse and the entire ‘bomb’ sprinkled with freeze dried strawberries- they were so cute!

The chocolate brownies and blueberry financiers were simple but tasty, however the passionfruit and paprika tarts were a flavour I just couldn’t handle- I gave my share to Alexis. The hazelnut croquant was rich and chocolatey, but the best piece of all was the ginger and pineapple upside down cake. It was sticky and lightly spiced and I wish I had more of it!

The petit fours on the top tier were unusual- the strawberry and chilli pate de fruit were basically strawberry jam squares with a spicy kick. I liked it, but one bite was enough for me. The spiced banana marshmallows- or banana tofu as we renamed it- were good too.

I like that every item on the Afternoon Tea list must have had some real TLC when it was created. You can tell that a lot of thought went into the flavours of the desserts and I like that they are experimenting out of the box of a ‘normal’ tea.

The Pudding Bar is open every night until midnight- apart from Sundays when it closes at 11pm. The pop up is running until January- I highly reccomend you check it out!

9 thoughts on “the Pudding bar”