[dropcap]R[/dropcap]emember a few weeks ago when I tweeted this picture of this poor, sad little munchkin? Despite the retweets, no one came forward to claim him. I even got him to come into our flat, lured in by chin scratches, cat nip and treats. He loved it! His fur was a bit matted, his white paws were grubby and he was a little skittish at first- but after a belly full of food he decided that we were alright and ever since then, we’ve found him a few times waiting on our door step, wanting a meal.

Over time we’ve managed to give him flea medicine, brush out his tangles and fatten him up a little. But each time, he leaves the house, turns to look at us to say goodbye and then we don’t see or hear a peep from him until the next time he decides he needs a good meal- sometimes a few days, sometimes a couple of weeks. While we were in the garden the other day, planting our easyGrow flowers, I spotted him on the roof of our neighbour’s shed and he eventually popped over to see us. 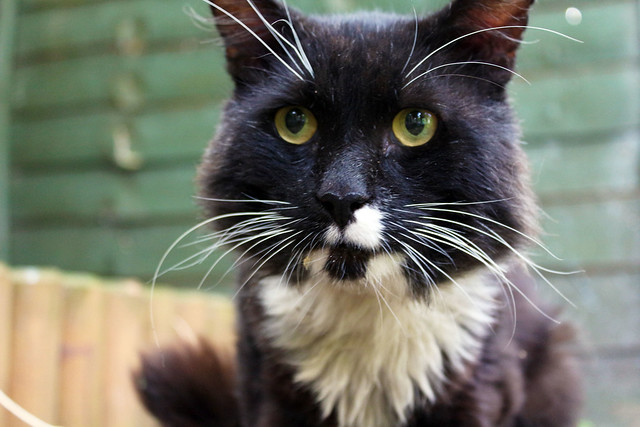 He’s turning into quite a handsome old boy! 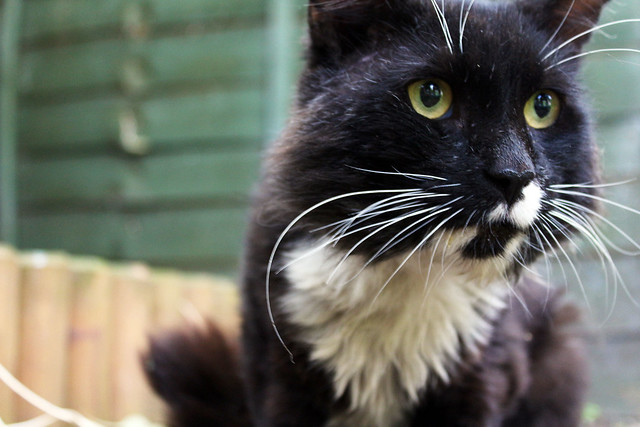 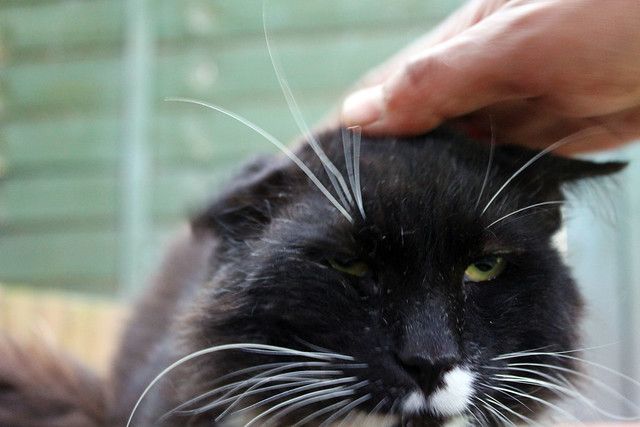 He’s still working on that whole letting us pet him thing. Or at least he’s polite enough to tolerate it. 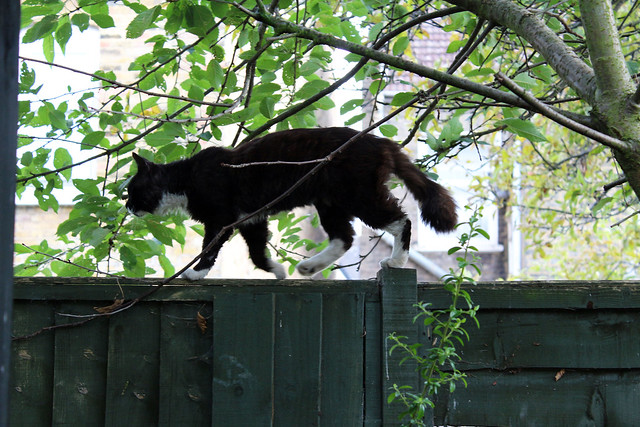 After a meal and a little sniff of catnip, he went on his Hobo Cat Adventures again. I like having him around, he’s a sweet gentle thing. I haven’t named him yet- he’s just Cat, like the ginger tom in Breakfast At Tiffany’s. Can you tell there’s a huge Leo shaped void in our lives? My friend Alexis sent me the best video this morning, that cheered me right up…*poom*

4 thoughts on “our new friend”