[dropcap]D[/dropcap]espite looking like a British version of the Ghostbuster’s HQ- you could walk past this disused station everyday and not realise that behind it’s doors lies a very well looked after tube station. Back in gloomy February, Luan bought tickets for an insider’s peek of Aldwych station, and quick as a flick, the day came round. 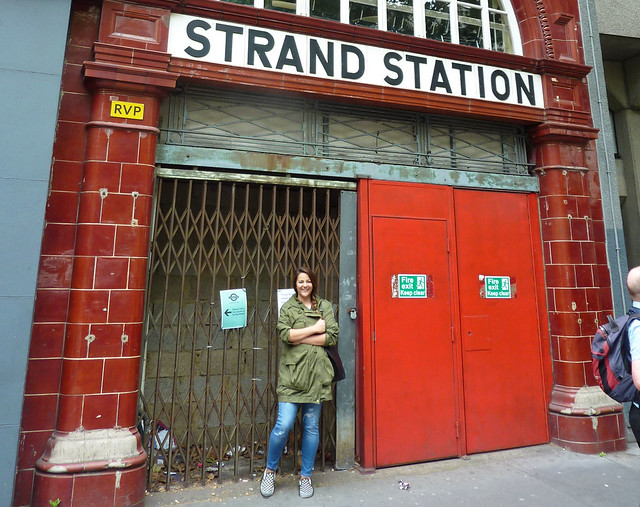 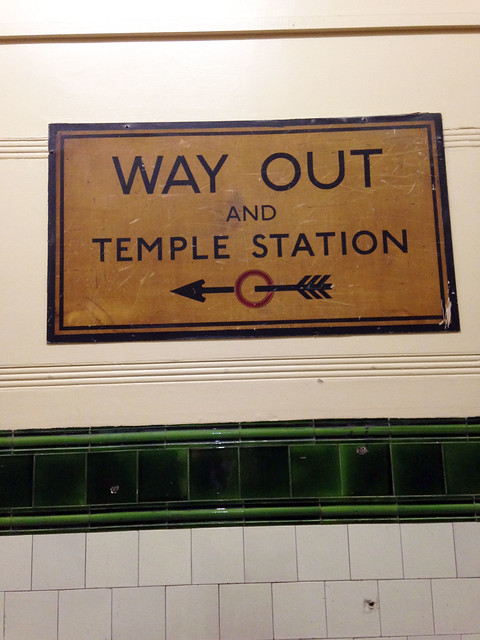 You may have already seen Aldwych station onscreen and not realised it. Remember the Prodigy’s Firestarter video?

….or Skyfall, when James Bond is dashing through the underground tunnels…

…and even though I’ve mentally blocked it out, 28 Weeks Later, V is for Vendetta, and Superman. Those are just a tiny few, the list is surprisingly long. 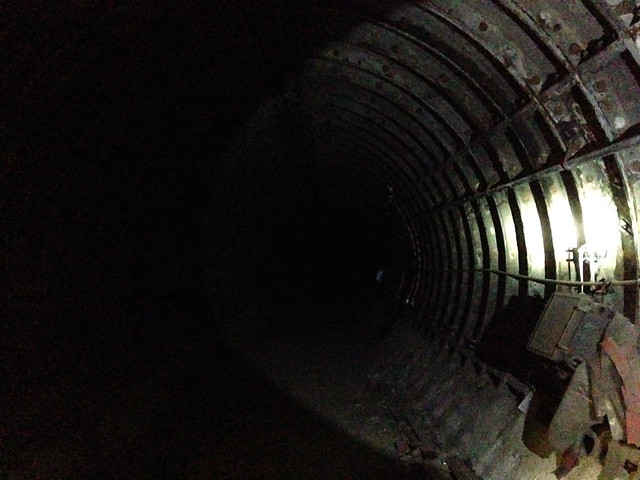 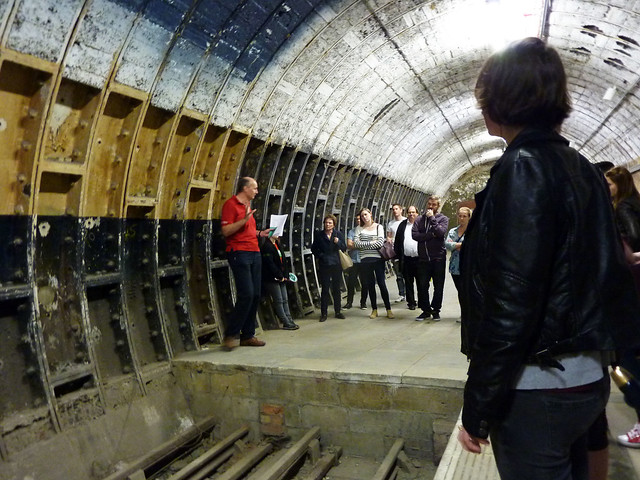 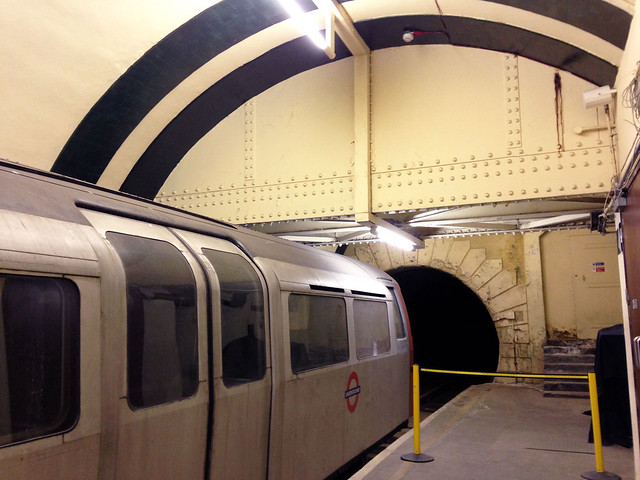 The deep green tiling and the bizarreness of an EMPTY station adds to that whole is-this-real-am-I-in-Harry-Potter feel to the place. It smelt too clean to be a station- no stale sweat and fried chicken smells here. There aren’t even any mice! (this is actually true- the tour guides were very proud of this fact!) But there we were, walking along an empty platform, with a ‘derailed’ train and replica vintage posters on the wall. The posters were so interesting, I was a tiny bit disappointed they weren’t the real deal, but I was assured there was a place in Acton that keeps the genuine artifacts. So, there you go. Acton- not just a random stop on the Central line. 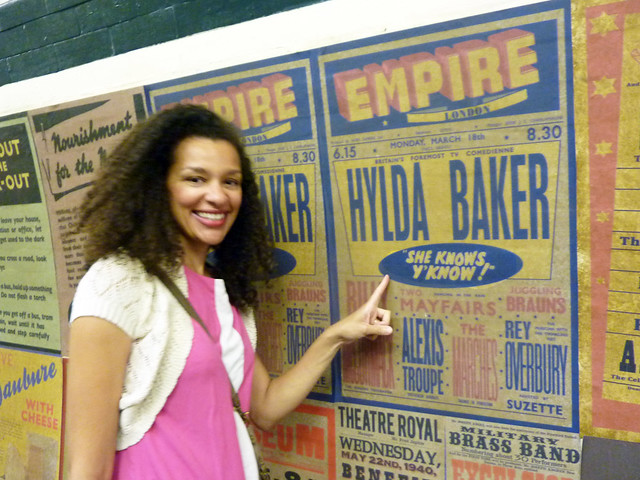 We were very happy to come across this advert: Alexis– SHE KNOWS Y’KNOW! This statement is so true. She is a fountain of sense and logic and the truth of the whole wide world. Other poster gems: 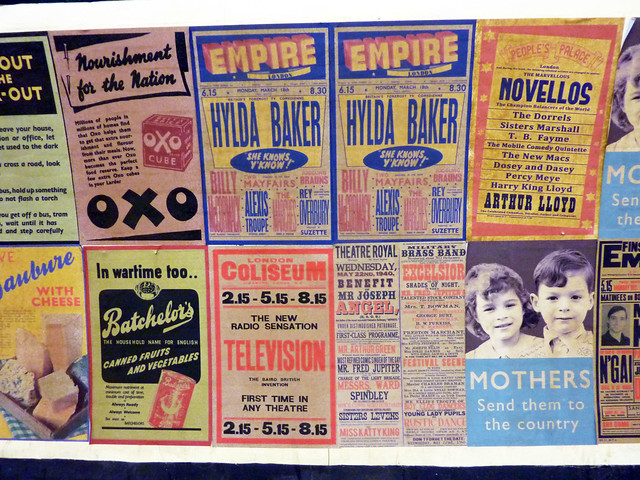 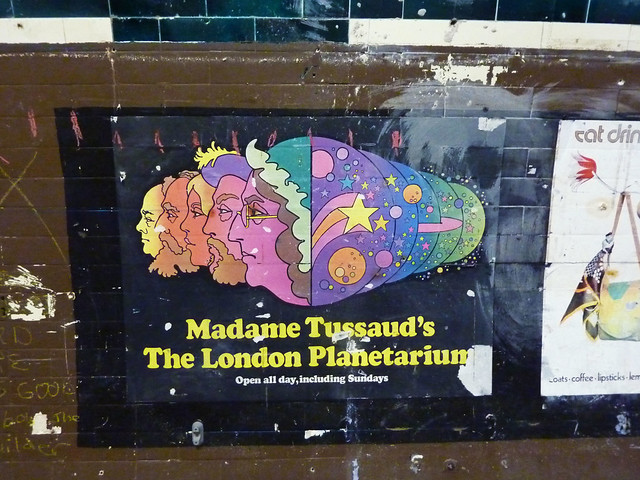 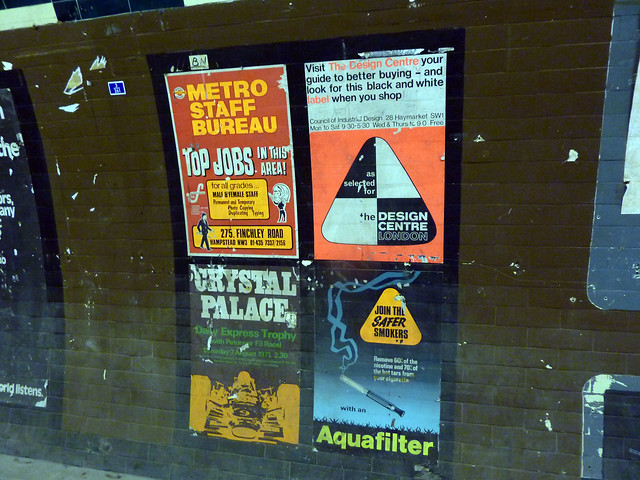 And then maybe the most giggle worthy discovery was this little fellow: 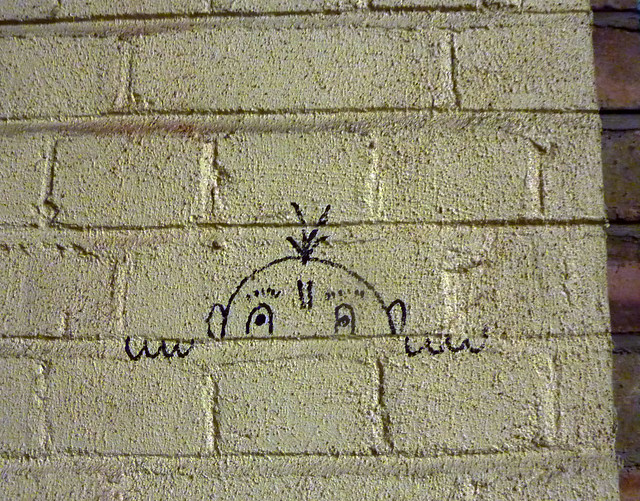 I’d like to think Keith from The Prodigy doodled it in between takes…you can see the resemblance, don’t you think? The 50 minute tour ended quickly, and our group trudged up the 160+ steps back up to ground level. After a quick show of the wooden lifts, it was time to leave. Before the tour, I tried to read up on what would be in store. I read that DSLR cameras weren’t allowed- but there were at least 3 snap happy photographers on our tour, so it should be fine. A word of warning- wear your trainers! If you don’t, they provide you with a pair…which is pretty grody, like having to fish a spare PE kit from the Lost & Found box at school. Get your Converse ready! 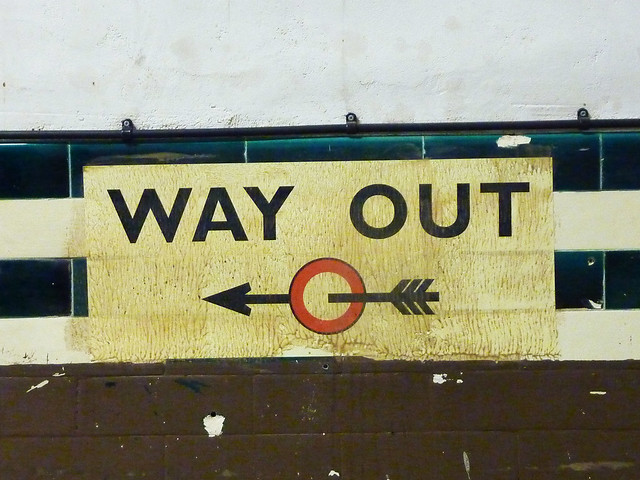 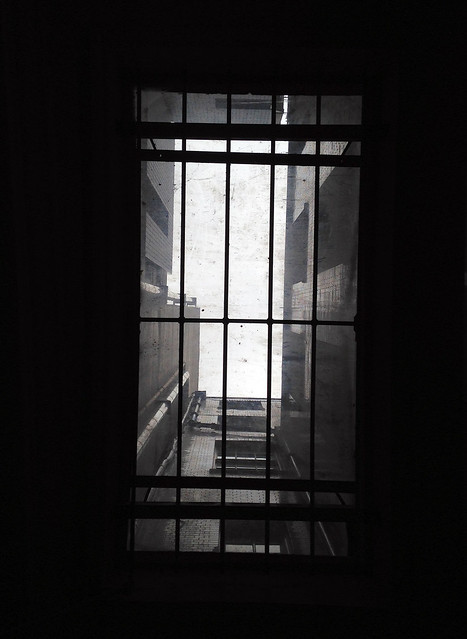 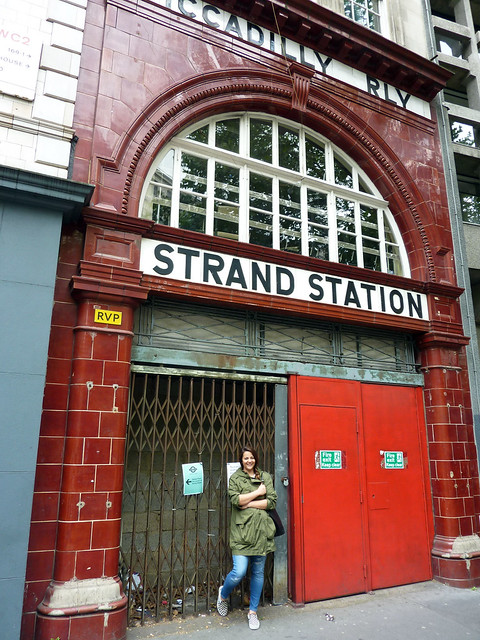 Tickets for the Aldwych station tour can be found on the London Transport Museum website. Tickets are £25 each and even though it’s sold out this year, it comes round every summer. Keep an eye out for 2015- it was fun and a nice throwback to old timey London.

As I took a photo outside the old station sign, a pigeon flew out of this grill and towards my face. Blasted in the face by a pigeon, by Somerset House, outside an old tube station. I don’t think it could get more London than that. Oh wait, no… 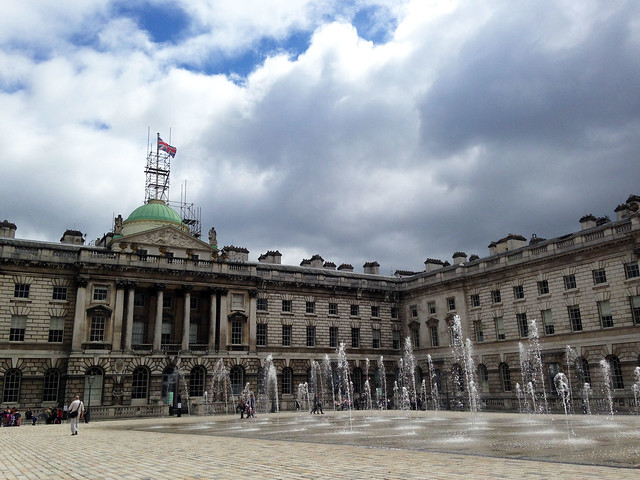 …coffee, cake and teas outside in the courtyard of Somerset House!

7 thoughts on “All Aboard! Inside the abandoned Aldwych tube station”