I’ve written before about my love for Soho. I have such sentimental value attached to the area, and there’s no other place in London where I feel more at home. Every corner, street, nook and cranny has a story behind it. This square mile was my university, post university. Does that make sense?  Sarah from The Prosecco Diaries, organiser extraordinaire, emailed me to ask if I would be interested in attending Soho Create, a new festival for creative professionals. I didn’t even have to think twice! 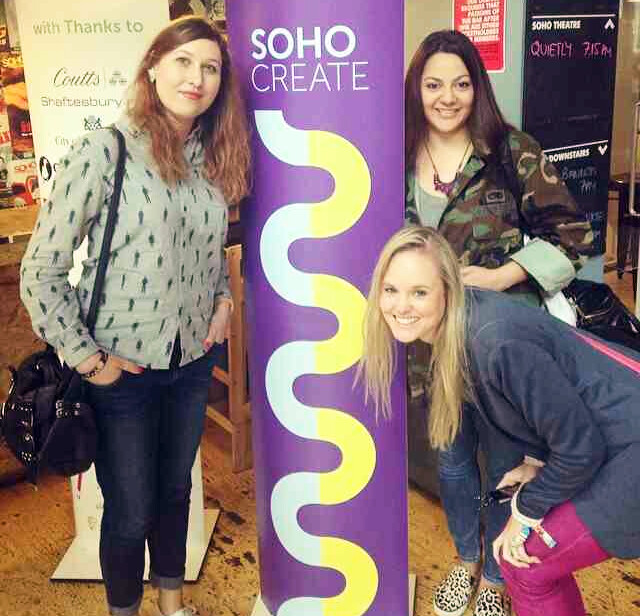 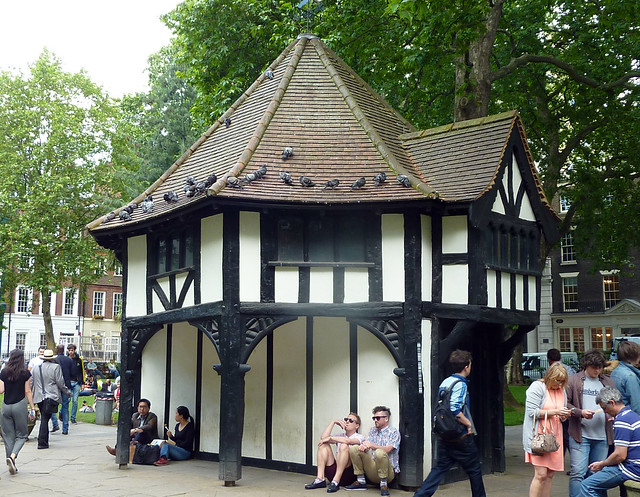 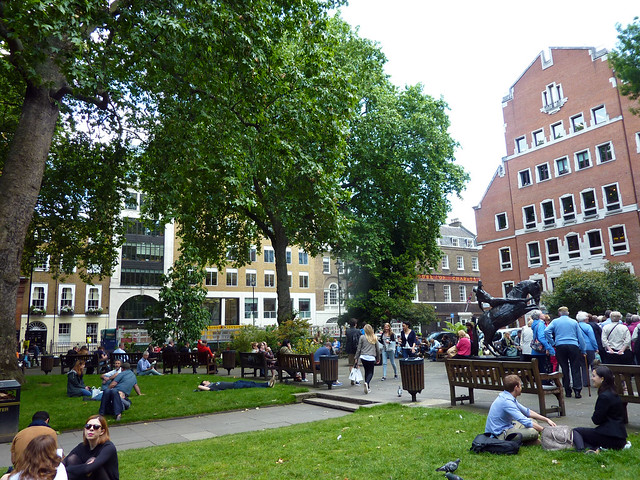 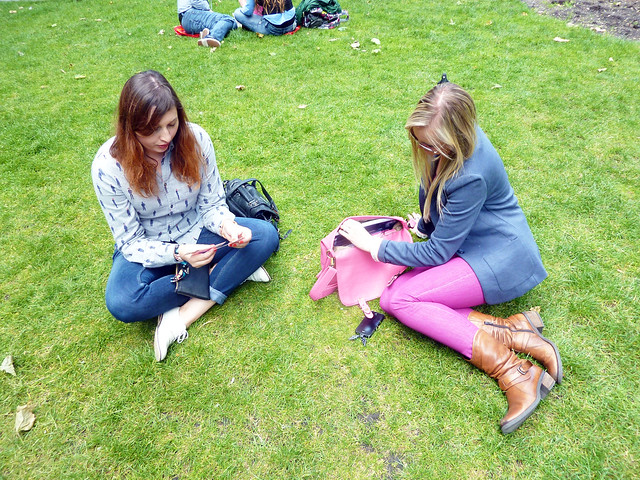 I met with Sarah, Jesse and Che– grabbed a quick lunch and went through the rest of our schedules over a grassy patch in Soho Square. The majority of the creative talks were held in the Soho Theatre, on Dean Street- any other talks or open houses were a short walk away. There was a small hiccup getting my schedule sorted out but the guys at the box office on the day were super helpful and booked me into most of the sessions I was interested in. My highlight of Thursday was getting to visit the Gibson Guitar Studio. 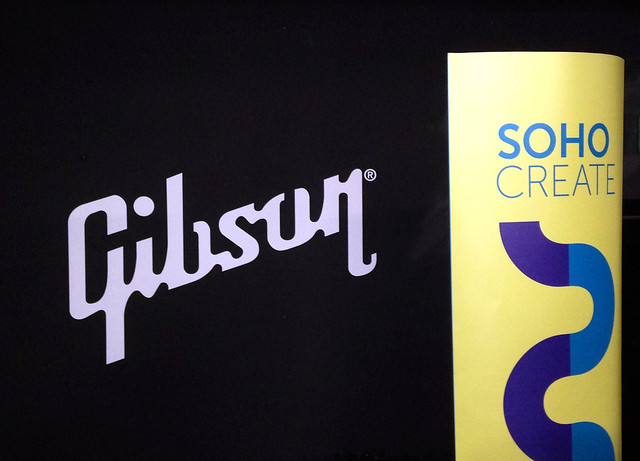 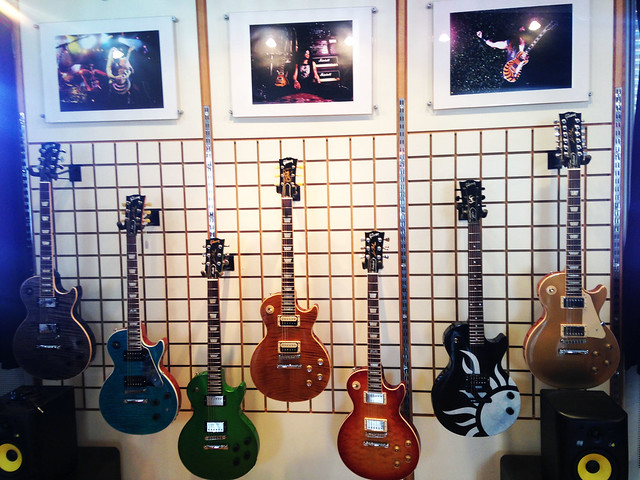 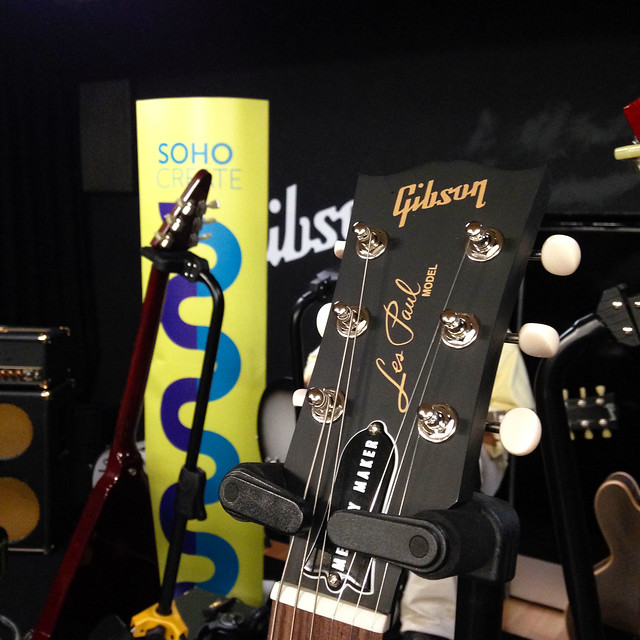 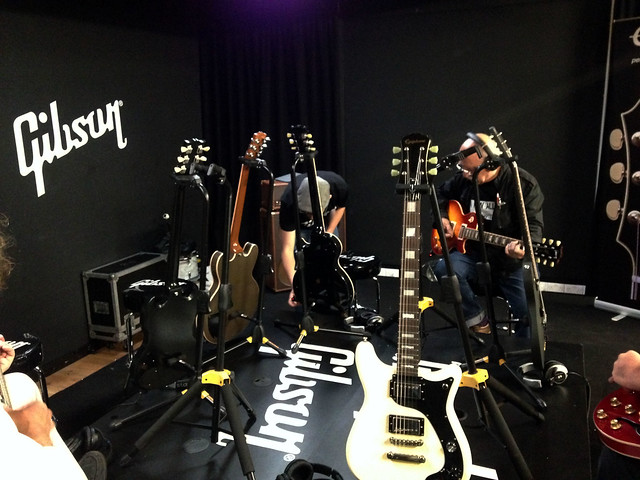 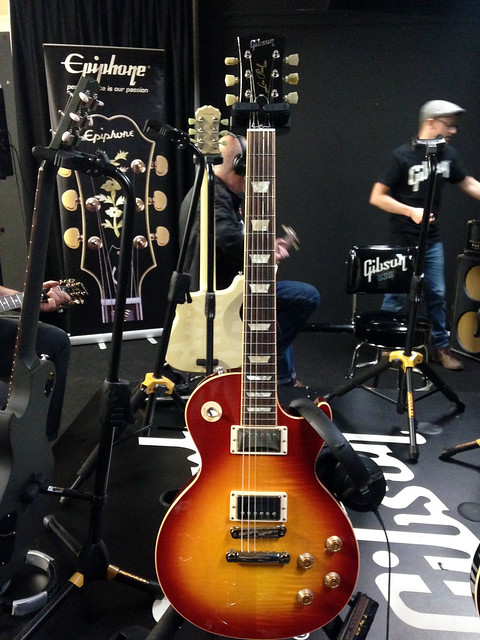 The studio isn’t normally open for members of the public- so getting a sneak peek at the artist liaison area had me shouting in my head ” WE’RE NOT WORTHY, WE’RE NOT WORTHY”. Deep breath. I couldn’t stop to stare at the photos of Slash on the walls, as we were led downstairs to get hands on with some sweet new toys. Now, I haven’t picked up a guitar since I was 15. On a good day, I could strum along to Smelly Cat, and probably know as many chords as Phoebe Buffet. But it was still pretty cool having a strum nevertheless! I learnt that this model here, is the preferred guitar of Tom DeLonge from Blink 182. Cue Dammit playing in my head. So Much Awesome. 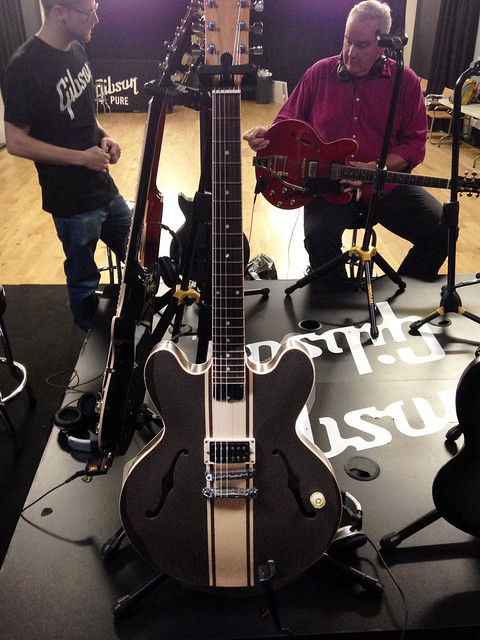 Friday’s highlight for me was the talk, Do You Do It Like Me, discussing the creative processes from Simon Heath, a creative director (and possibly the creator of Ant & Dec), Emma Rice, a theatre director and writer , Xiaolu Guo, a novelist and Will Tuckett, the director/choreographer behind The Wind In The Willows at the Royal Opera House. This motley crew of creatives covered their inspirations and thoughts behind their work- it was a very insightful and interesting talk. I left feeling like my creativity bar had been given a boost. In fact, the whole two days left me feeling much more inspired and proud to be part of such a creative hive. This was the first year of Soho Create, and I hope they continue. Soho, my love affair with you shows no sign of slowing down… 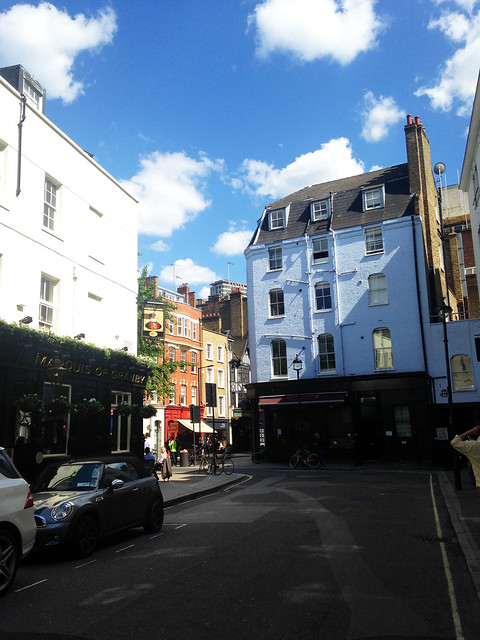 *My tickets and pass to Soho Create were complimentary*