[dropcap]I[/dropcap]’ve just come back from a whirlwind trip to Paris, the first business trip Ismay and I have taken together. We took an early Eurostar on Friday morning and we didn’t stop until our heads hit the pillow late into the night. It was an exhausting 24 hours, but it was great– Allez la France! 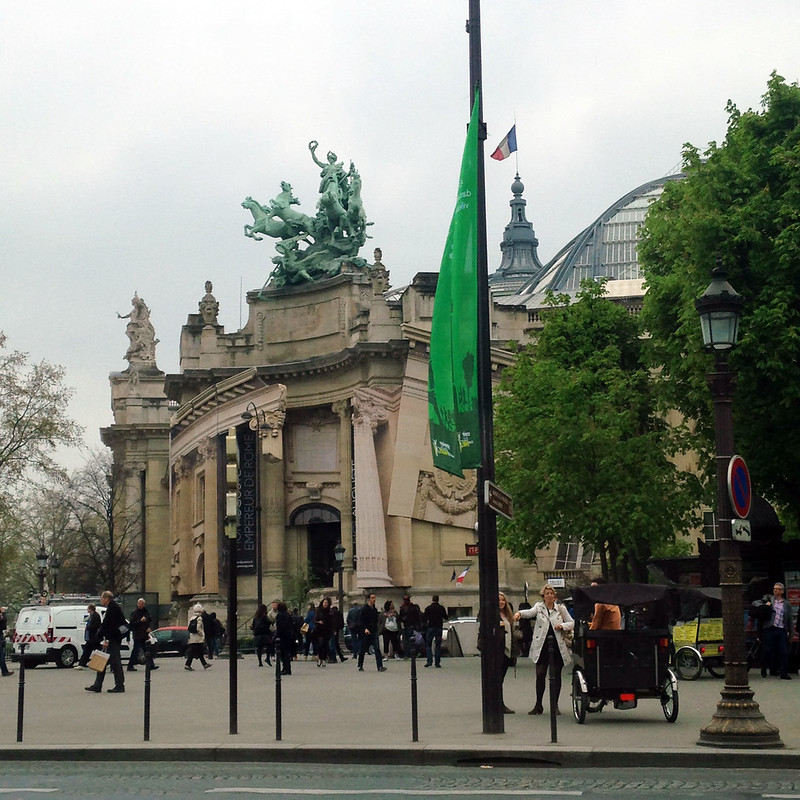 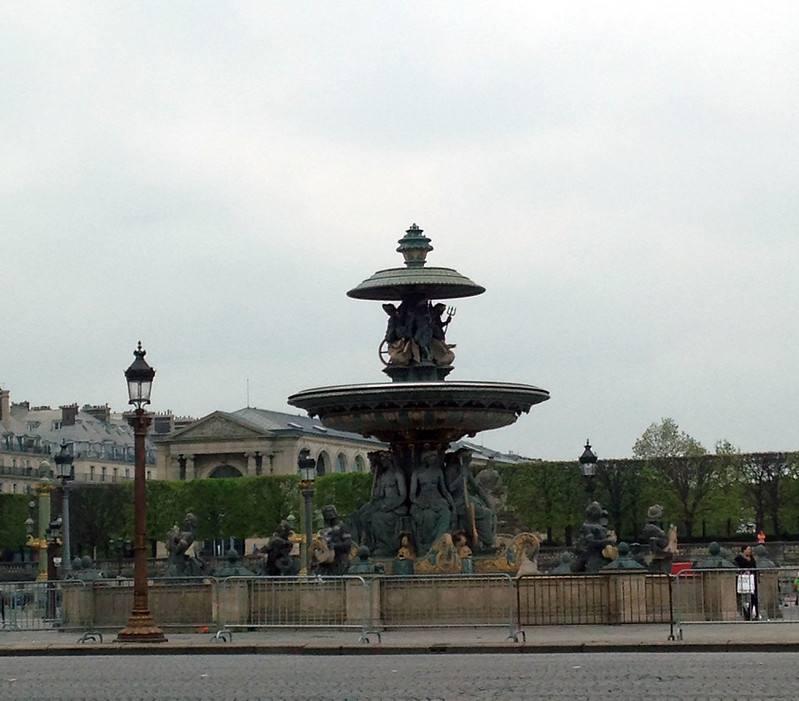 We hit the ground running as soon as we arrived, we checked into our hotel, the chic Hotel Tremoille, dropped our bags off and spent the day in meetings. Luckily for me, the traffic was slow and I was able to catch a little glimpse of the Arc de Triomphe as the Uber car drove down the Champs Elysees. Paris is such a beautiful city, my head was nearly rotating 180 degrees as I tried to take everything in, in the little time we had to see it. 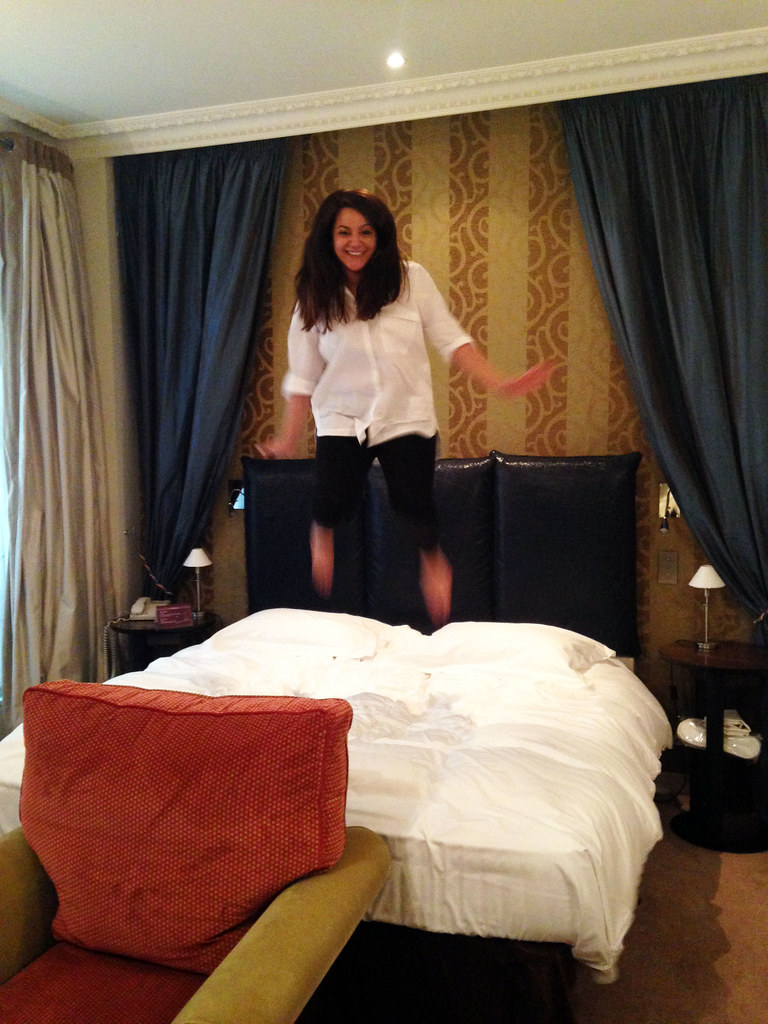 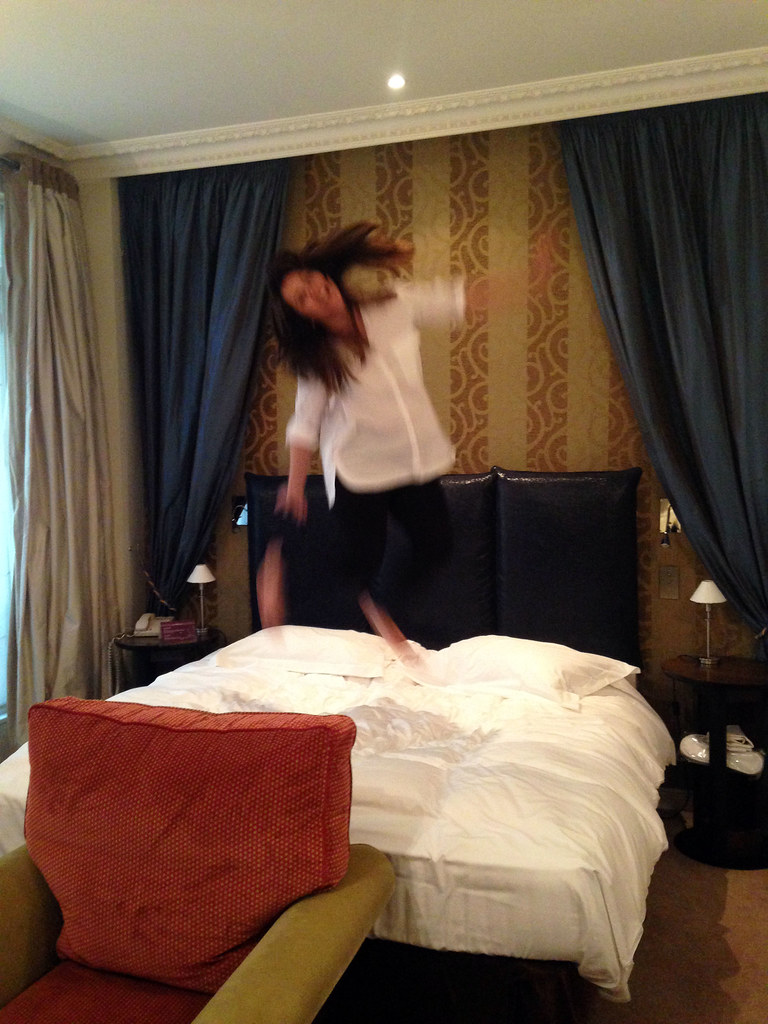 I did find the time to jump test the hotel bed though! (very comfortable fyi) 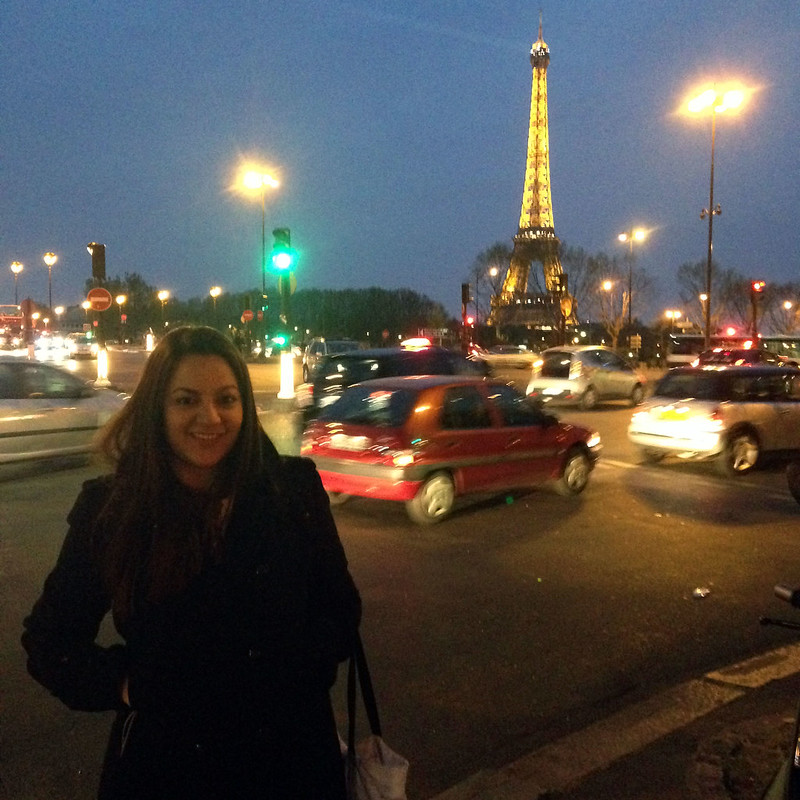 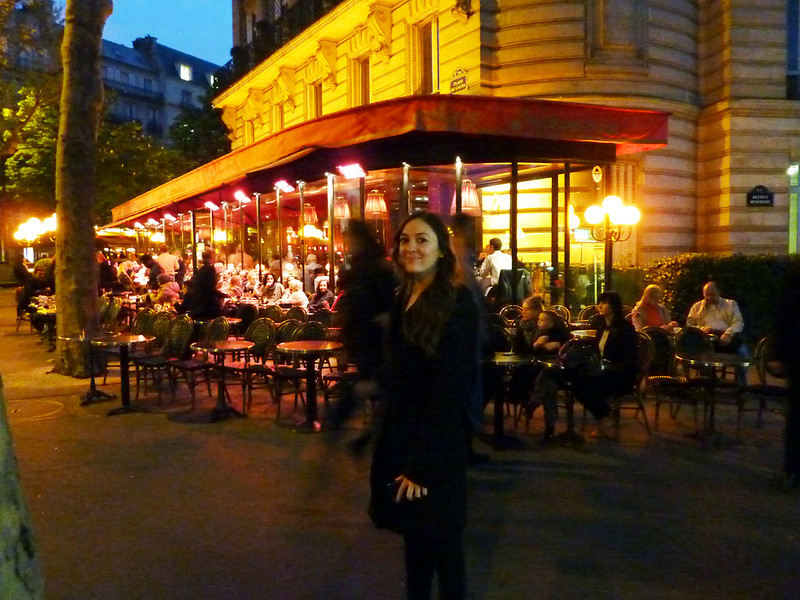 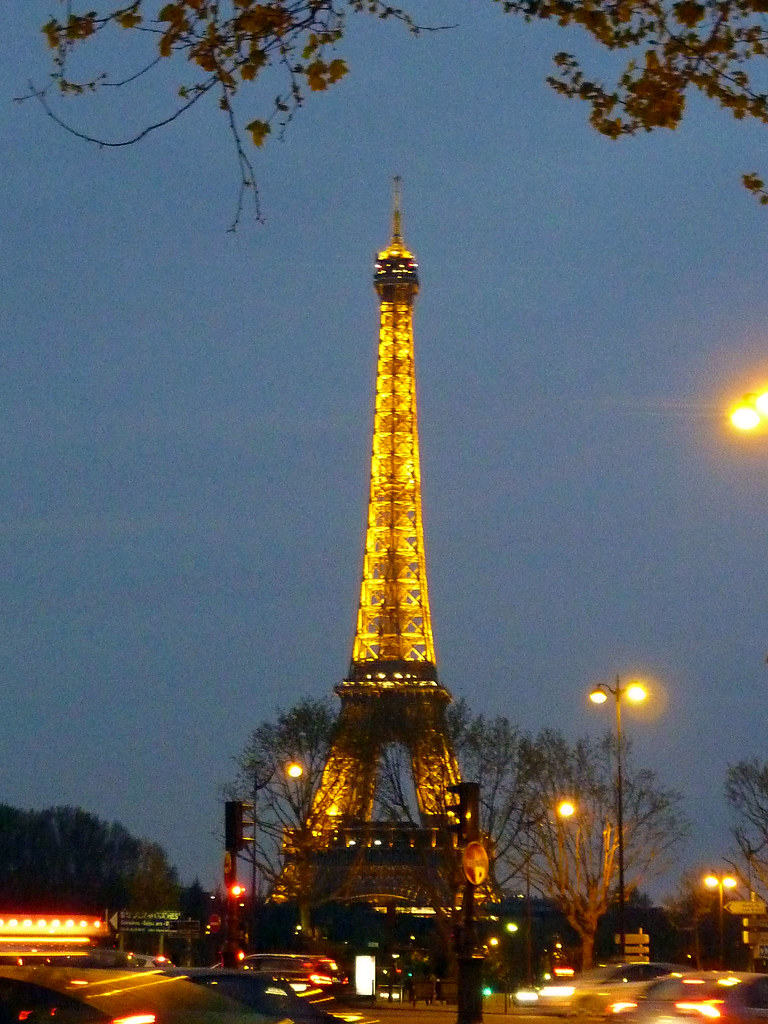 After our meetings were over, we had a few minutes free to run around the corner to snap a few pics of the Eiffel Tower before heading back to get ready for dinner. It was such a relief to ditch the shirt and heels and throw on my favourite slouchy jeans and red flats- I wore my Pink Donut tee from Sincerely Jules for the first time. The hotel concierge recommended the bistro across the street from the hotel, Philippe et Jean Pierre, an unfussy restaurant serving tasty French cuisine. 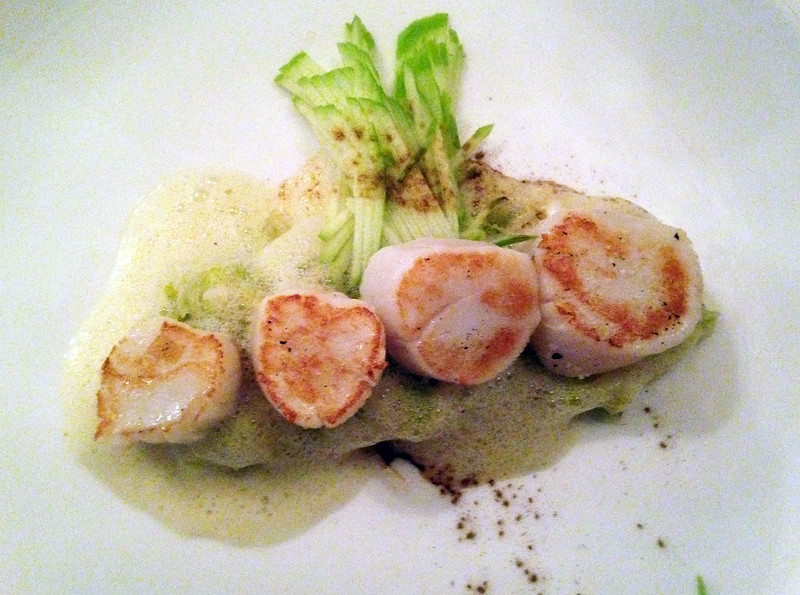 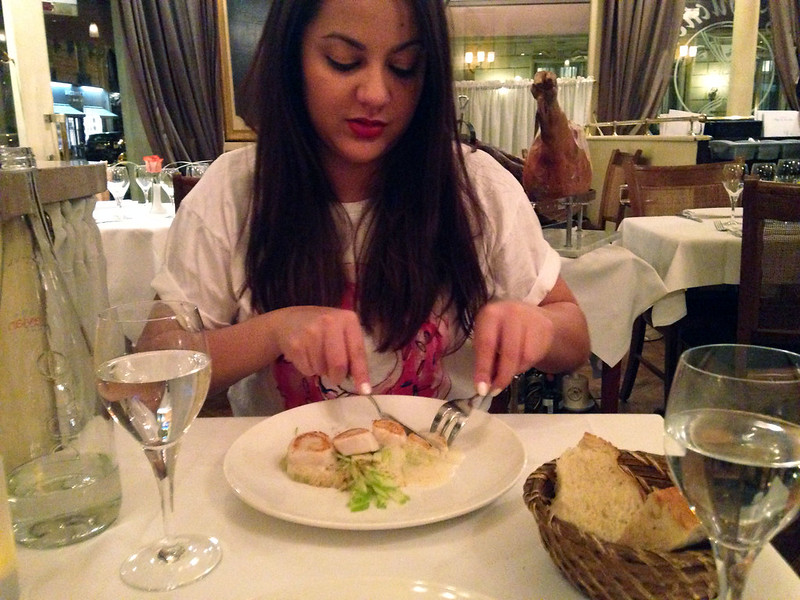 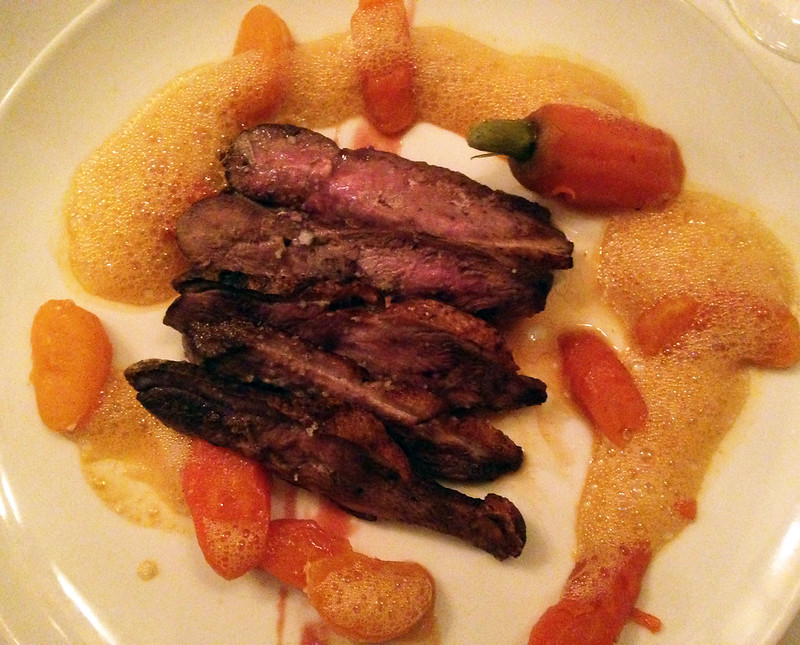 I had the seared scallops with leeks and green apple, followed with roasted duck with mandarin and carrots. 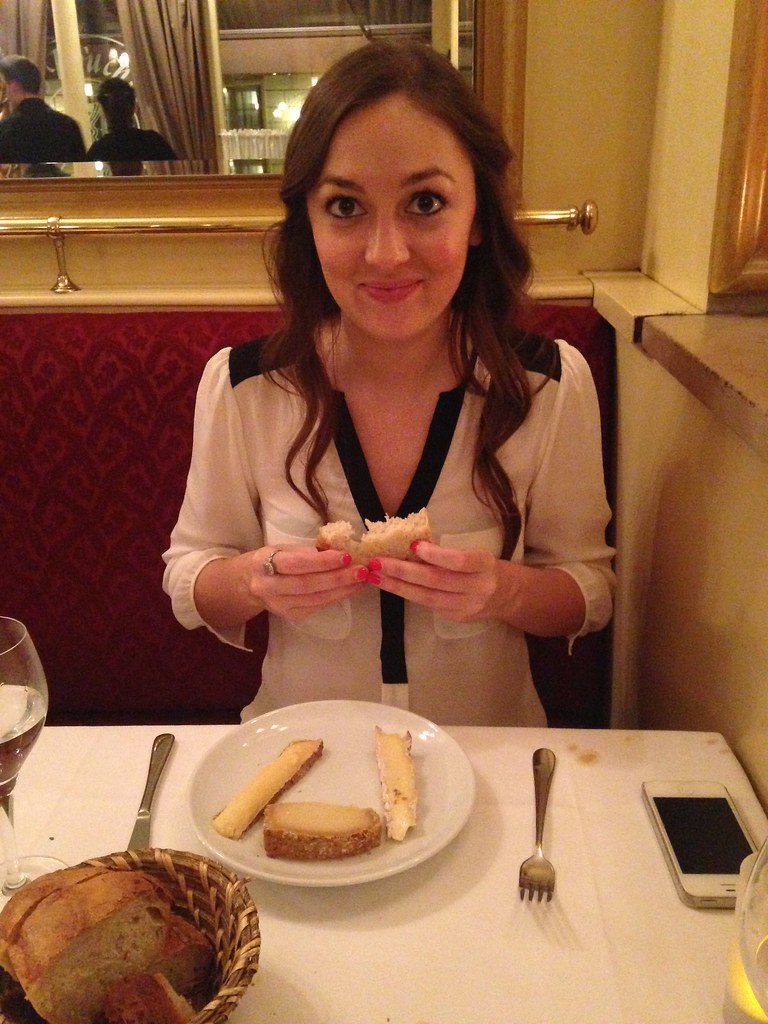 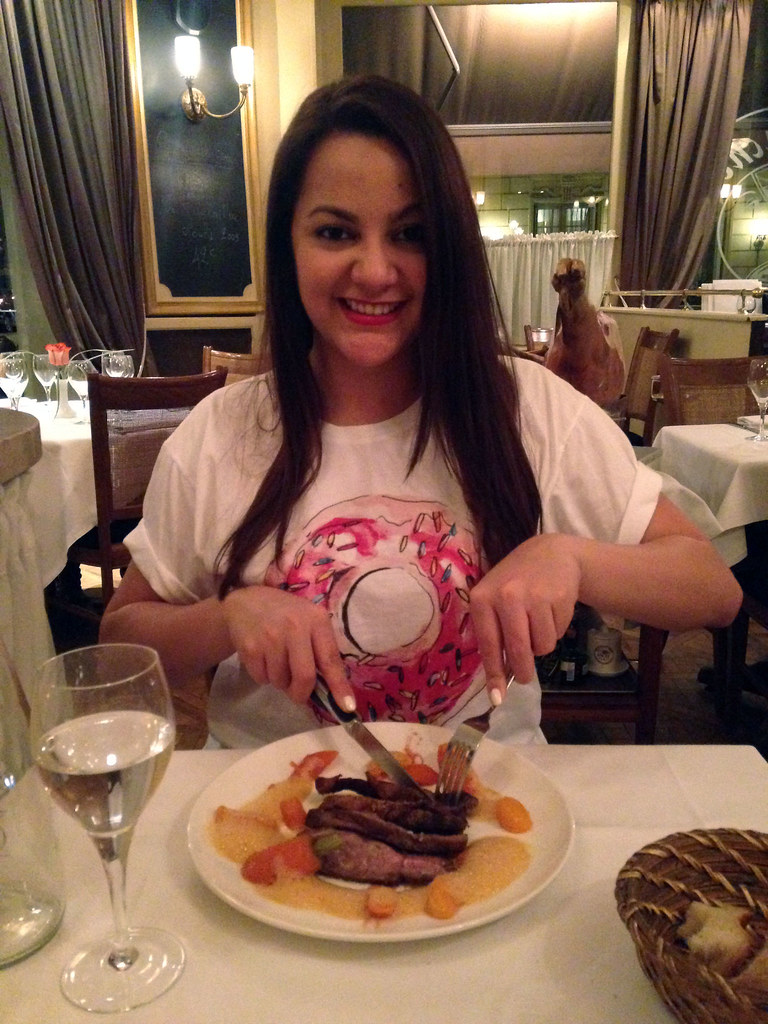 In between courses, we had a cheese plate- Ismay’s idea of heaven and mine of hell. There was a stinky smoked cheese, gooey brie and slice of hard cheese that tasted like a strong cheddar. I broke off big hunks of crusty bread to eat the cheese with- but the brie and smoked cheese were just waaaay too strong for my taste buds. The waitress said they have stronger ones that make your breath stink- she said you can’t kiss anyone for days afterwards. Pass! 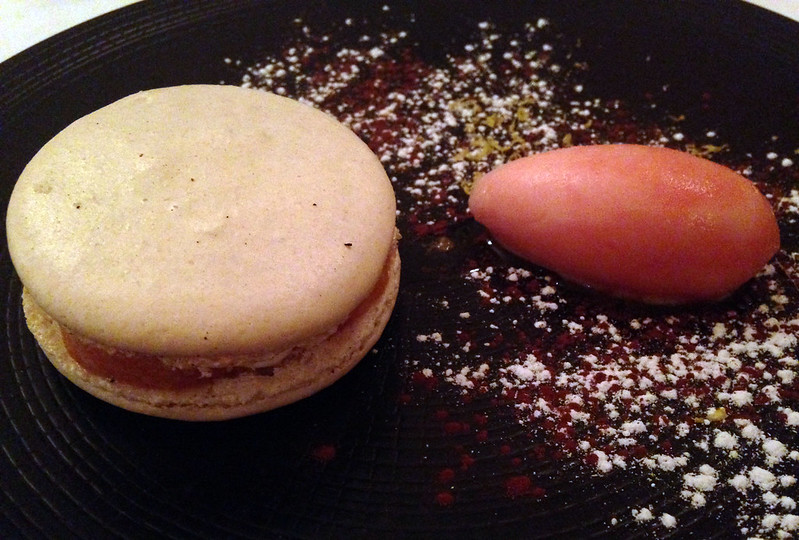 Dessert was a big macaron filled with mandarin and cream with a scoop of grapefruit sorbet. It was lush- the sorbet was sharp and refreshing. The macaron…well, you just can’t go wrong with a macaron. Especially if they’re the size of your hand… We were the last ones left in the restaurant but the staff were so sweet and didn’t hurry us out or make us feel that we were overstaying our welcome. Philippe et Jean Pierre, my favourite Parisians so far! 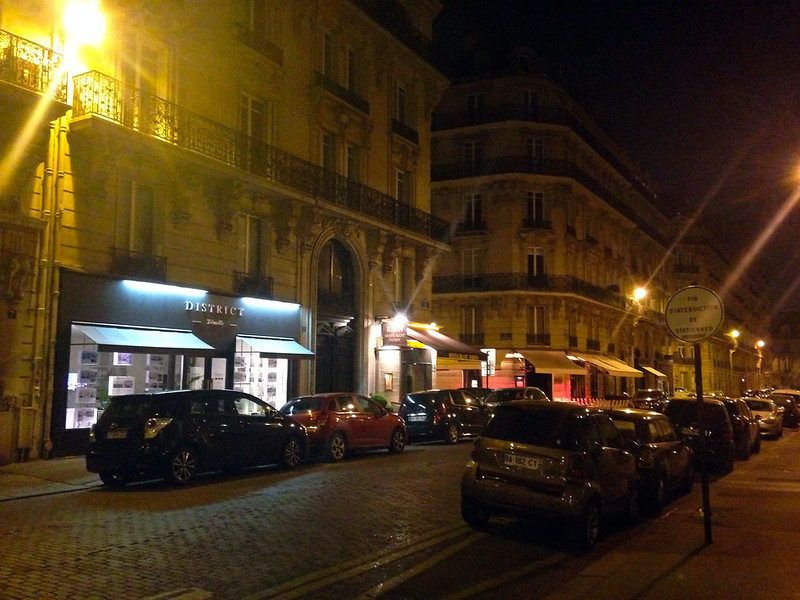 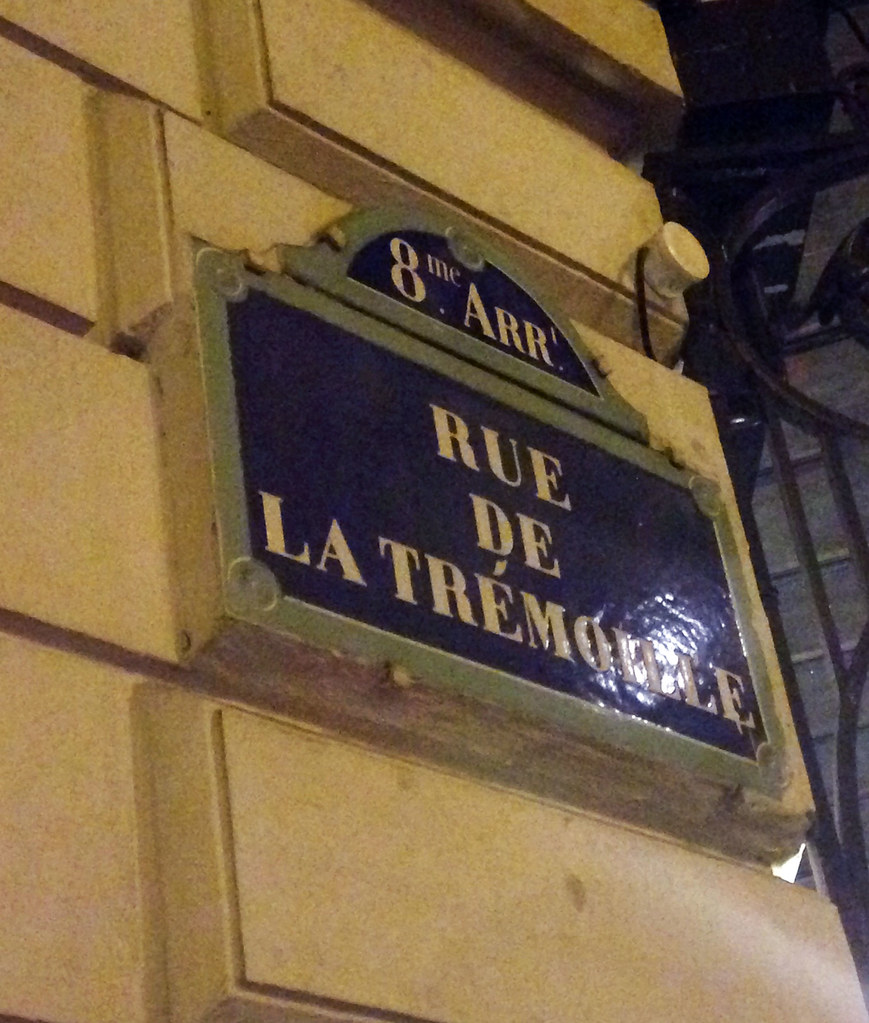 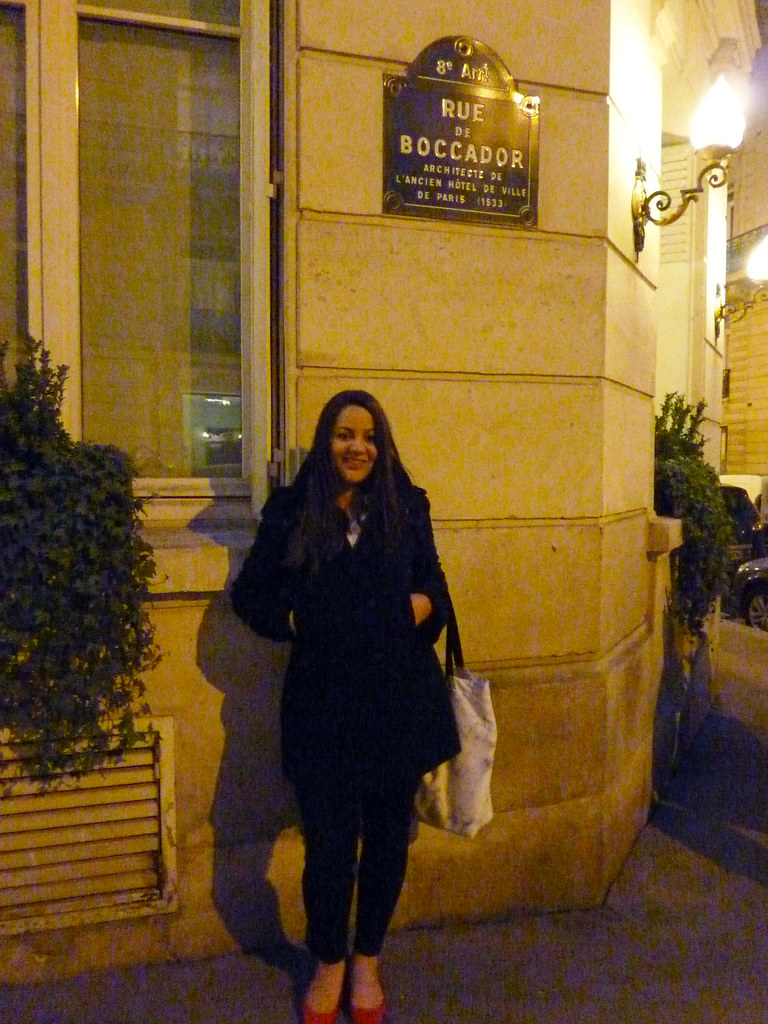 We waddled back to the hotel, wrapped ourselves up in fluffy bathrobes and passed out for our 5am wake up call to catch the 7am Eurostar back home to London. It’s been a whirlwind! In 24 hours, we packed in a bit of sightseeing, delicious food, some French charm and put my rusty GCSE french lessons to use. I even squeezed in some coffee and a croissant for breakfast…