[dropcap]B[/dropcap]ig Easy, a Kings Road eating institute, opened up a new branch in Covent Garden. If you were quick enough to sign up, you could get 50% off the bill – and that’s just what we did! I was excited to try this place out- I mean- CRAB SHACK. Mmm, mmm. I couldn’t wait to get my faux-Louisiana on. We walked into the dimly lit, Blues-blaring restaurant, anticipating the lovely crabby fest we were going to have. Well done to the interior designers, lots of wood, industrial lamps, and ropes draped on ceiling beams gave the place a crab shack vibe without being too kitsch. Our table was downstairs, right past the stage where a live band was blaring out the Blues.

For starters, we shared a Mumbo Jumbo Combo. Say that three times! It was a platter of lobster, king prawns and Atlantic crab claws with a few dipping sauces, served on a bed of ice. The crab claws and prawns were delicious- the lobster was meaty but disappointingly, watery, which makes me think it was frozen. Remember that scene in Pretty Woman where Vivienne is in the fancy restaurant and the escargot flies out of her hands? That was us. Crab and lobster shells were flying everywhere, all over the poor family next to us. I had to say sorry a few times over the evening…yikes. 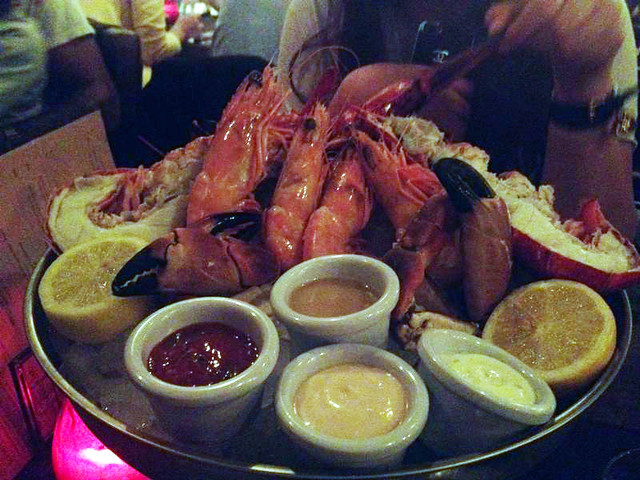 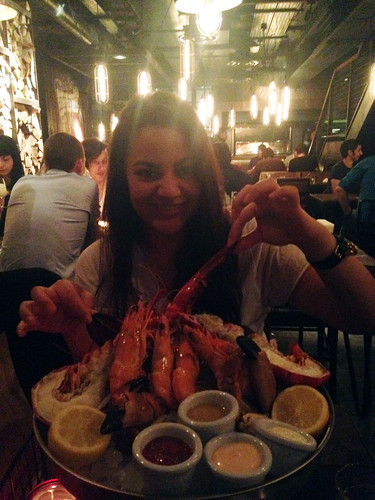 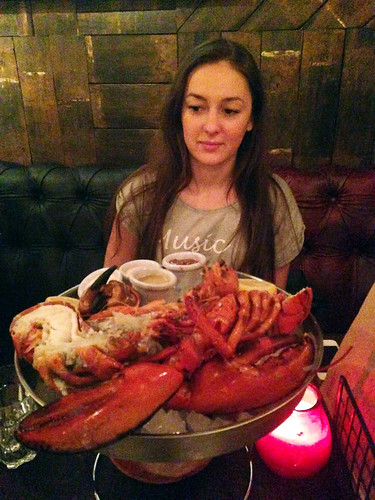 Me and Butters over there polished off the whole platter, easily. Look at the size of those lobster claws! It went really well with the sweet lemon tea we had ordered. For mains, I ordered some slow smoked brisket and Ismay picked the barbecued ribs. Both were served with slaw, barbecue beans, pickles and potato salad. 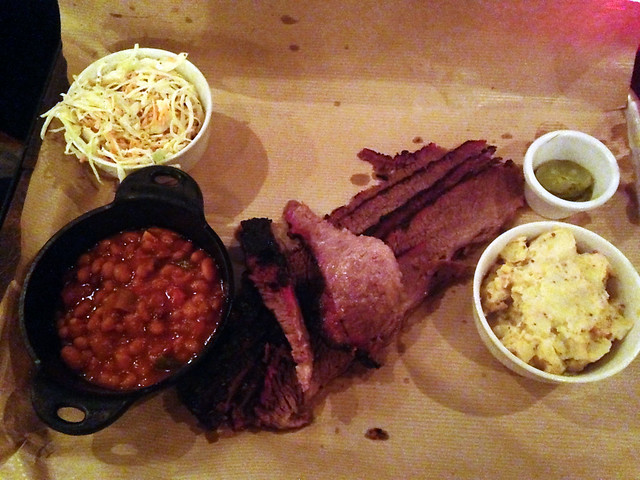 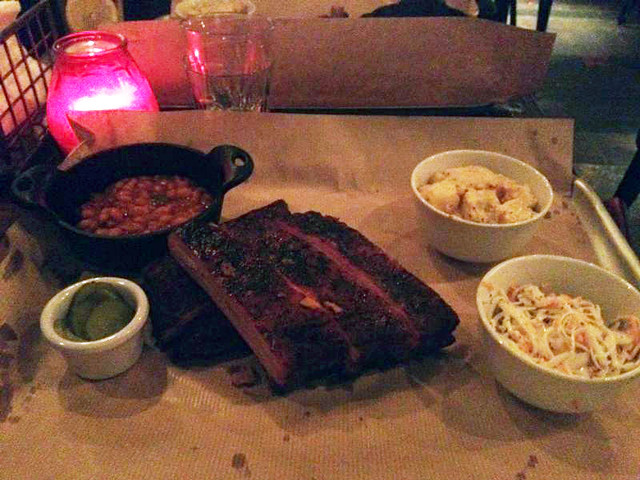 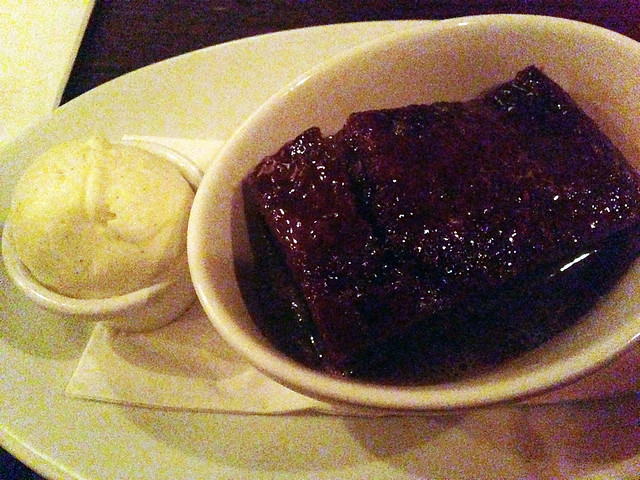 It looked great. It smelled great. But it was just a bit “meh”. Our starter was so lovely, maybe this is why our main meal was a bit of a let down. It took us 10 minutes to flag a waiter down for the cutlery they forgot to give us, and for the barbecue sauce that was meant to come with the dish. When we got to eating it, the meat was tender but really greasy. The slaw, pickles and beans were nice but the potato salad was cold like it had been in the fridge or bought from the chiller in a supermarket. I had high hopes for this meal!

For dessert, we shared a sticky toffee pudding. It’s a well known fact I am probably made of sticky toffee pudding and this one didn’t disappoint. It’s the perfect size to share between two people, and served with a side of vanilla ice cream. The toffee sauce was rich and sticky and the pudding piping hot. Perfect! 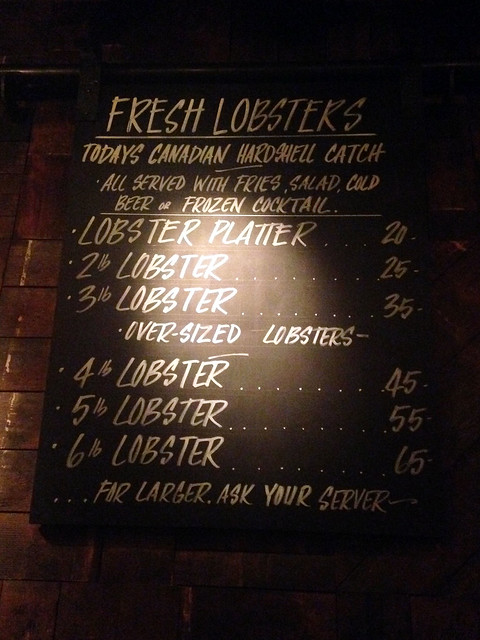 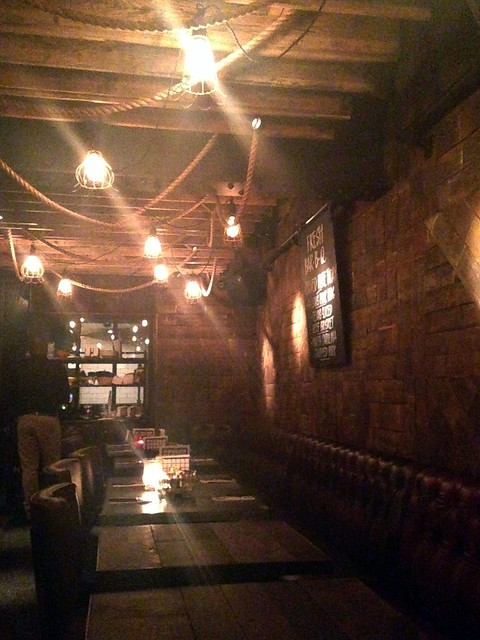 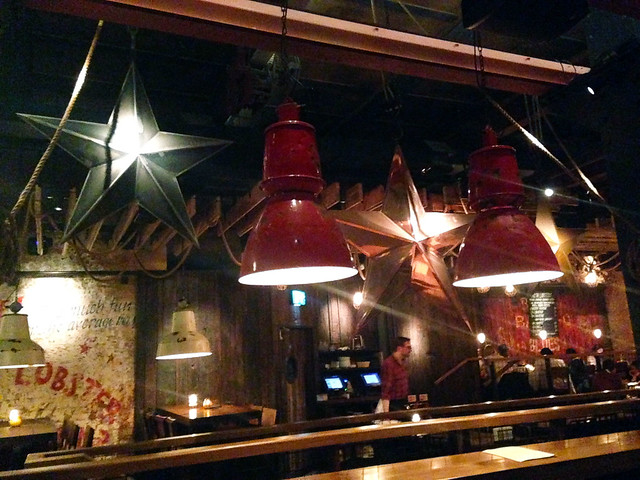 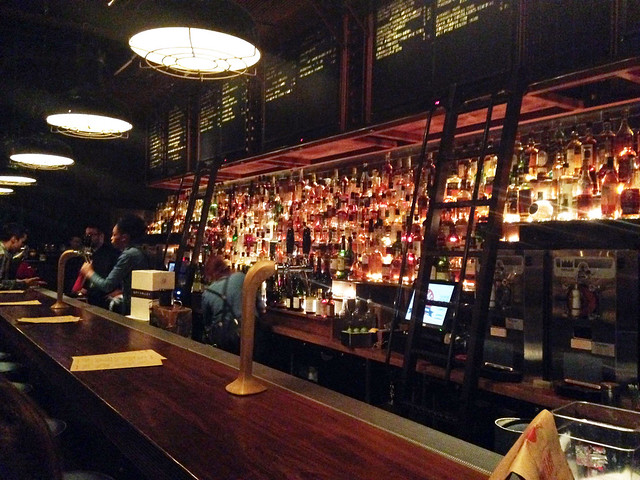 I feel like the stage for the band would be better placed upstairs in the bar area, as it was a struggle to hear or talk to each other let alone our waiters. Even though the service was friendly, it was really slow. Our booking was at 8:15pm and we didn’t leave until nearly 10:45! I was expecting more crab on the menu, but it was mostly barbecue or lobster- which is fine. Would I go back again? Yes, because I feel like I probably just ordered the wrong thing. Maybe I’ll try their burger or steak next time. Would I come here for their barbecue? No, I’ll stick to Bodeans!

Big Easy is just off Covent Garden, at no 12 Maiden Lane- a short walk from either Covent Garden or Charing Cross. If you go on Sunday, be sure to catch the live band!