We ventured down to La Caleta to get some tapas for lunch earlier. It’s a leisurely half hour walk further down from Del Duque beach and the five star hotels that dot the coast line. Ahhh, La Caleta. What a stunning view! Delicious food. Dips in the sea. Sprays of pink bougainvillea at every corner. Horrible, horrible sunburn…

Look how blissfully unaware I am standing atop a rocky clifftop, admiring the black sandy beach, as the UV rays gleefully burn my shoulders, neck and satellite forehead- ouch! Always wear your sunscreen! 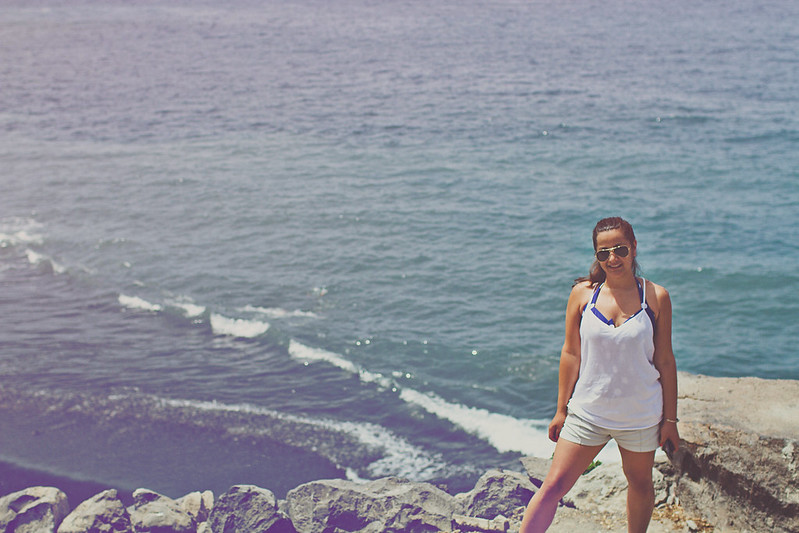 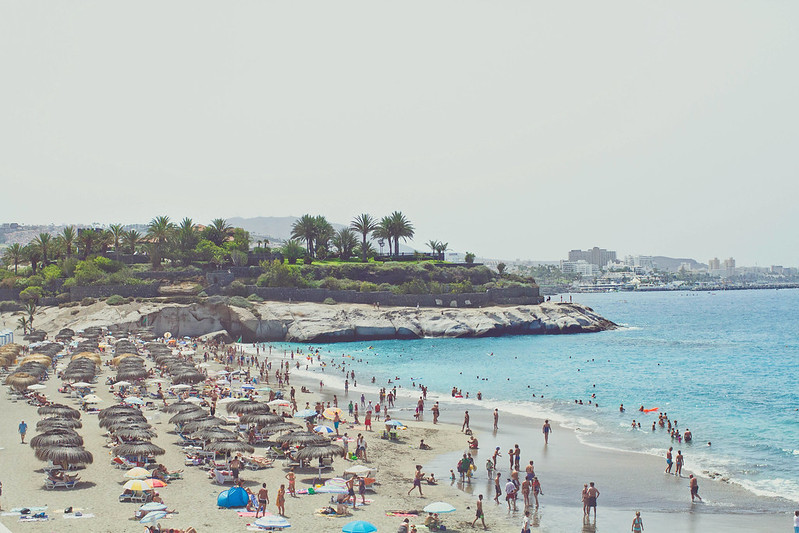 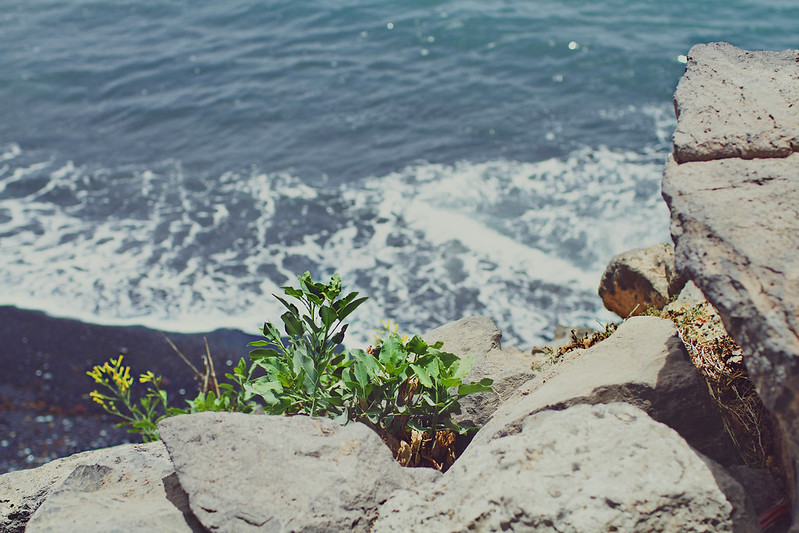 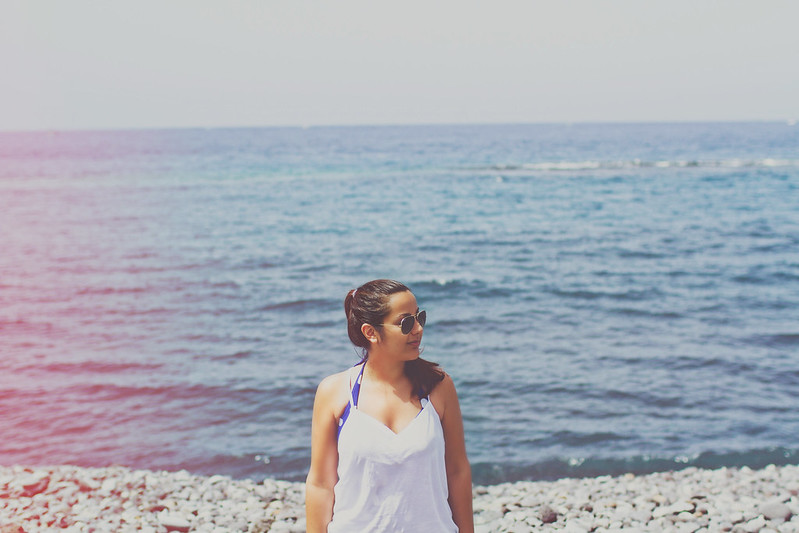 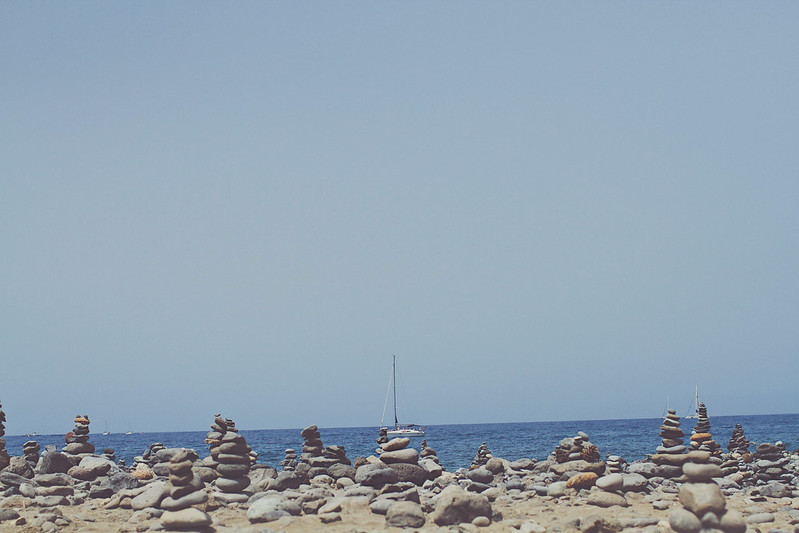 Along the way, we came across these bizarre rock stacks. Apparently it started off as a few stacks and now over time visitors have added their own stacks so that this part of the beach looks like it’s been visited by OCD alien beings. I tried to add my own pile of rocks but just couldn’t get the balance right! 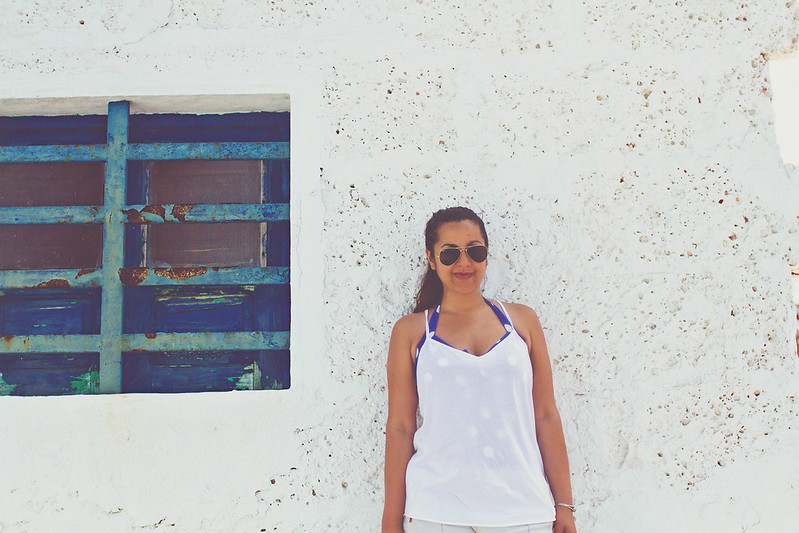 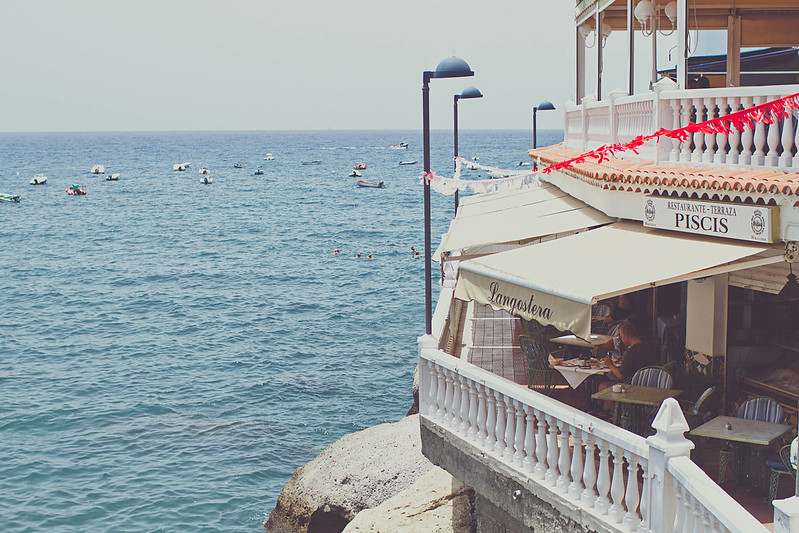 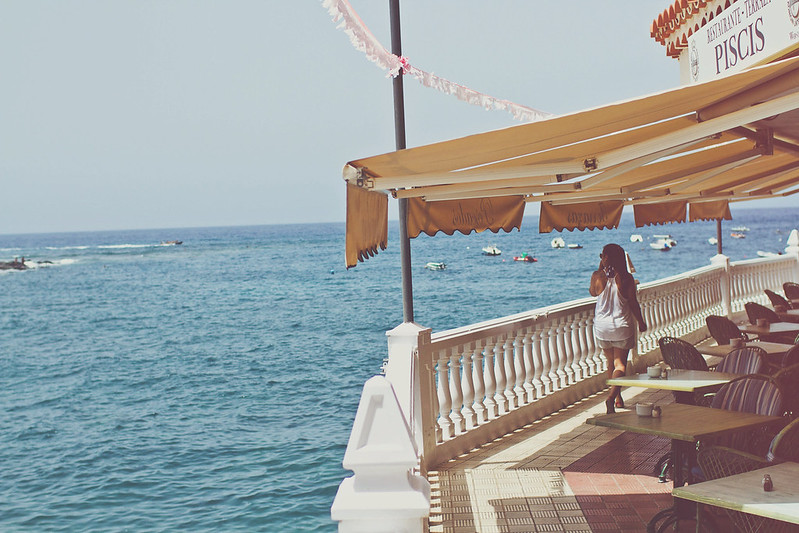 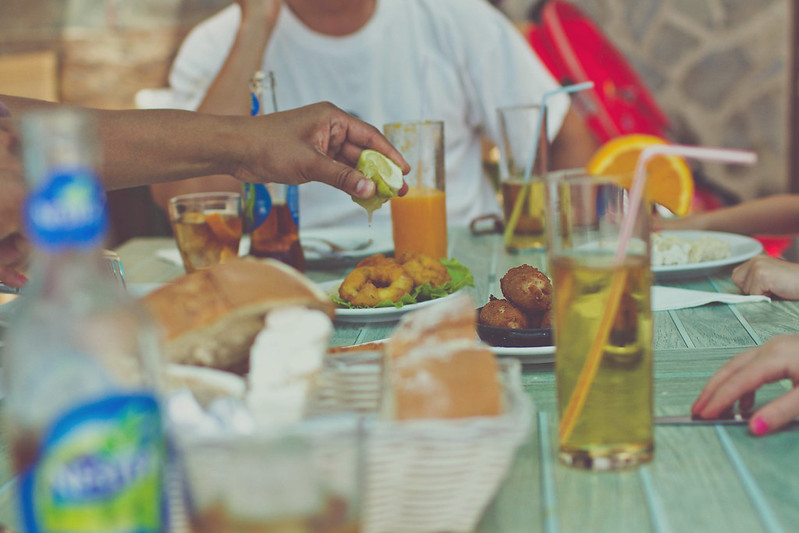 We picked out all the little dishes we wanted from the counter at the restaurant and they brought it out to our table, which overlooked the deep blue seawater. After a hot sweaty walk, the ice cold sweet tea was the most luxurious thing I had ever tasted. We picked yummy albondigas (you can’t go wrong with meatballs!) chopitos (squid), croquetas, gambas al jillo (garlicky prawns) and Robin’s favorite- patatas bravas. Big baskets of chunky bread were served, to soak up all the leftover garlicky tomato sauce! Afterwards, while the little kids and the big kids were swimming in the ocean, my sister and I went for a wander in the town. 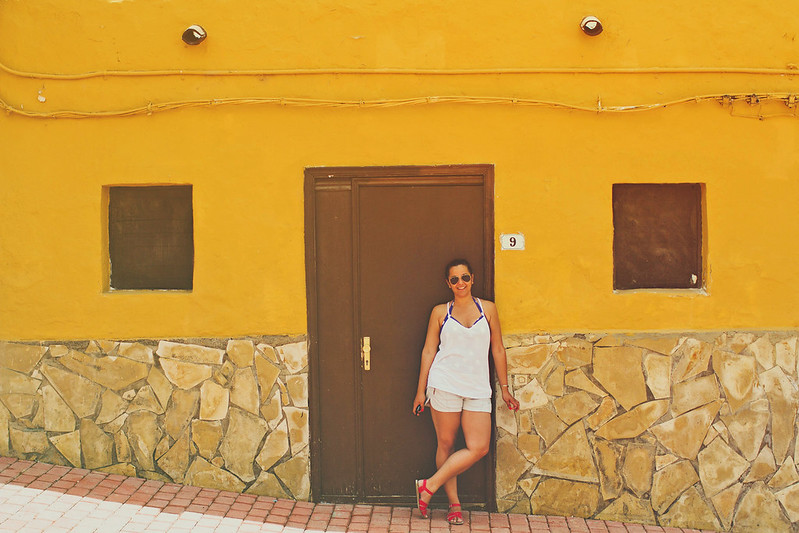 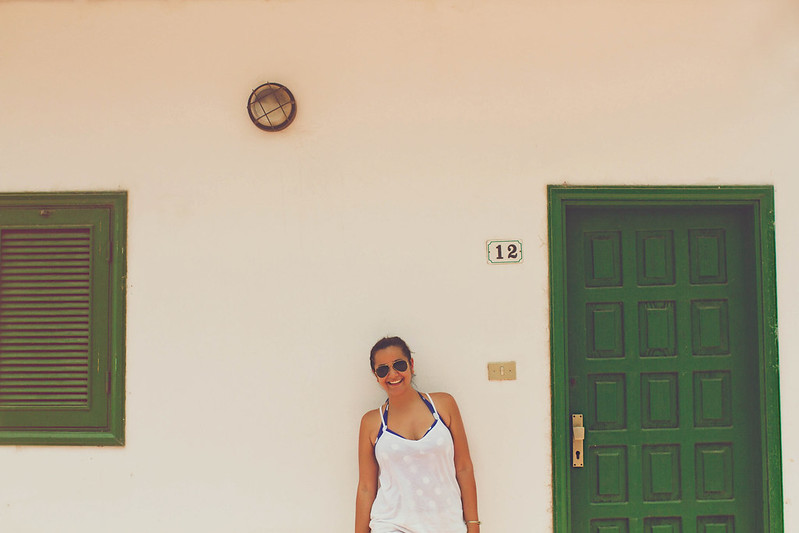 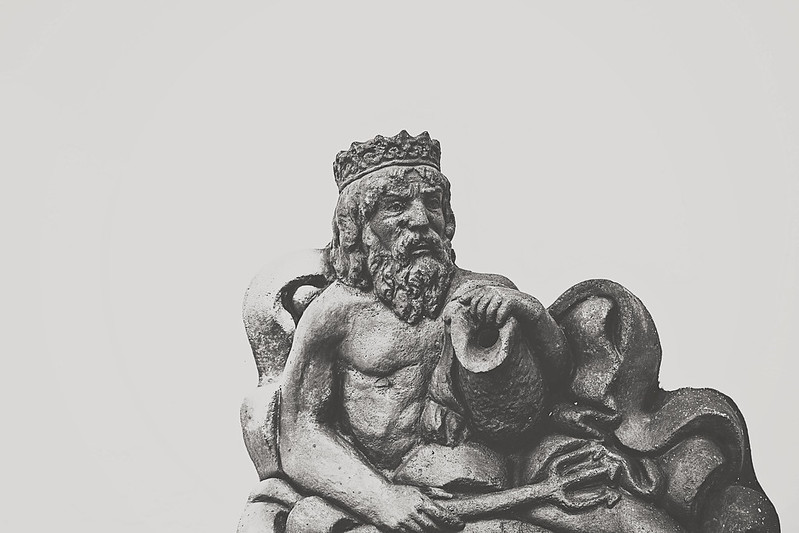 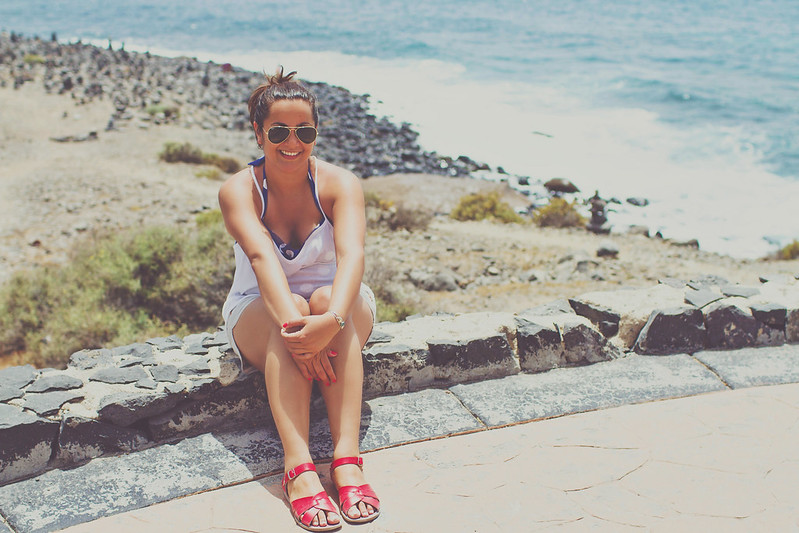 Behind each of those colourful doorways were families serving up their own lunches…it was a stealthy shoot sometimes followed by an apologetic shrug from this el ingles!

We caught up with the others but I just wasn’t brave enough to throw myself into the ocean! Despite feeling like a million degrees outside, the water was still goose pimpling cold. I don’t regret it too much- I know I’ll be back next summer to cannon ball into it!